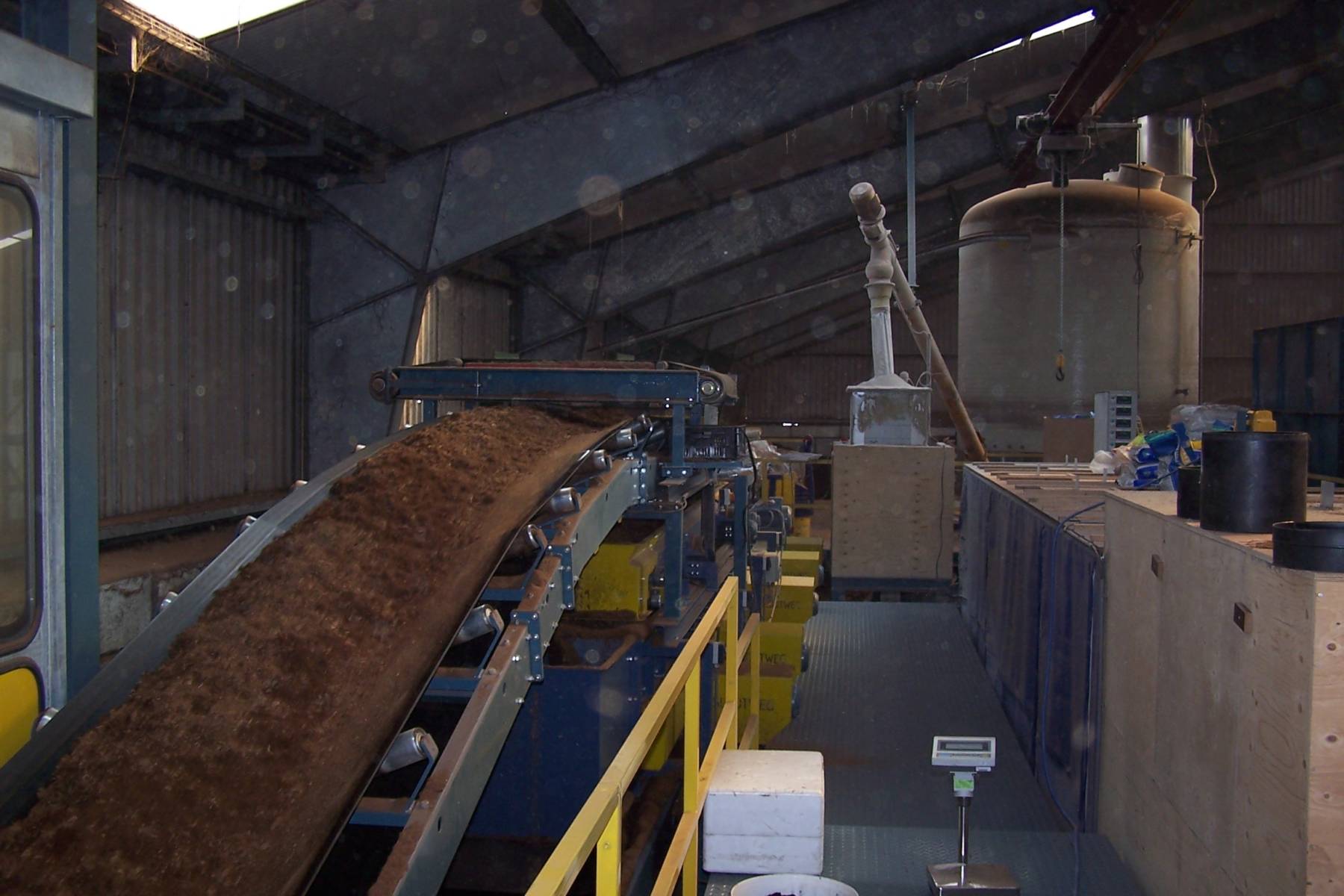 As an industry, we produce products that naturally contribute to the sustainability of the world. But are we able to show that we can sustain the planet for this generation and the next throughout the supply chain?

On this question, we held a webinar on 18 May to discuss the path towards sustainable growing media – because that is where our products begin.

For many years peat has been ticking the boxes for good quality and consistent growing media at a reasonable price. But peat’s ‘Achilles Heel’ is its lack of renewability – it takes thousands of years to replenish.

The UK’s Government Department for Environment, Food and Rural Affairs (Defra) recently published figures of peat use in that country for 2020. A year which saw professional growers use of peat falling, as they were able to pot fewer plants during the pandemic – but with the general boom in gardening during the lockdown, there was a rise of up to 50 per cent in sales in garden centres

Peatlands cover some 423 million hectares of the Earth, which represents 2.8 per cent of the globe. They are significant carbon sinks for the globe’s Co2 but dug up the peatland degrades and emits carbon into the atmosphere.

Our publisher, the International Association of Horticultural Producers (AIPH) has a commitment to a sustainable future as the world’s champion for the power of plants. And, we know the subject of sustainable growing media is important to our audience, but it was pure coincidence that on the day of our webinar Defra gave an announcement to outlaw the sale of peat in retail bags by 2024 and for professional use by 2030.

Webinar hosts Ed Smit and Renee Snijders of JungleTalks expertly played devil’s advocate in challenging the speakers’ positions. Still, many European representatives held firm that the UK is wrong to ban the use of peat in horticulture.

Mr Pomerants stance was clear, “if better [peat] substitutes exist, they would be used. Coir is not the same price, and [growers] may not have the ability or willingness to pay for them”. He ended his presentation with the warning about moving entirely to alternatives that will harm horticultural production, adding, “is anyone ready for a world where we have only potatoes?”

Ms Luetgebrune says demand for growing media is exploding, with a Wageningen University report finding it will grow 400 per cent between now and 2050. This forecast is for more fruit and vegetable production, landscaping, and three bn trees to be planted by 2050 in the EU.

So, from this point of view, she says if plants grow in peat frees, that is not sustainable for the industry. All growing media has good and bad points regarding sustainability, including peat. The political debate is emotional; like glyphosate, the answers need to be more science-based.

She adds: “Peat can be sustainable if taken from previously degraded peat bogs [because of agriculture], which in Europe is the case. If restored it can become a carbon sink again.”

Using science for another point of view is Ms Dawson. She addresses the fact that there is very little other than wood fibre, coir, green waste, and bark that can replace peat. There has not been much demand from the grower marketplace, but some have grasped the nettle and are successful technically and commercially, adding “it’s not the peat-freeness that’s driving it”.

She comments about this overview, saying there is a “very large [peat] hole to fill [with alternatives] in the timeline the UK Government is talking about”.

She talks about the cost of alternatives in the UK, saying peat is too cheap rather than peat-free being too expensive.

Her presentation also reported on the UK’s Responsible Sourcing Scheme, which uses seven criteria covering social and environmental issues. Everything from solar panels to renewability is considered to offset the energy score. Products are given a score and a traffic-light label.

She agrees Brexit has allowed the UK to consider fiscal measures that were previously not possible. And adds, the Government is aware of not exporting the peat problem through importation.

Mr Böcking of Klasmann-Deilmann said it was not a question of peat, coir or bark – to grow plants, “we need it all” to keep up with the population and market growth. There is a 15 per cent peat reduction over 4.5 cu m of growing media a year, with 30 per cent planned, but “you cannot change the recipe quickly”. He said Britain is wrong to move away from peat, and Ireland is full of peat, while the UK will now import wood chips from the US. Germany has bark beetle and has had storms hitting woodland, so it does not have enough wood, and this will “risk the food supply”. More than 98 per cent of Europe’s peatland is used for agriculture, and the growing media industry can help restore them. Some 85 per cent of their research and development budget is spent on investigating peat alternatives.

Mr Boon of RHP said growers should not jeopardise profit to meet a retailer, for example, IKEA’s potential request for peat-free plants. He says communication and knowledge are the essential measures to move forward. He added that responsibly produced peat is possible, even if it is not sustainably produced. If peatlands are restored after use, it still will be possible to use peat, and a significant part of the discussion is based on emotion: “We need time.”

Mr Van den Dool of Van der Knaap says the UK has made the wrong decision to move towards banning peat, though his company deliver coir products to the UK. He adds growers need all materials to grow products as efficiently as possible.

AIPH’s Secretary General Mr Tim Briercliffe introduced and concluded the meeting, reflecting on his career which included work on peat alternatives back in the 1990s through to when he managed the UK’s Growing Media Association during the 2010s.

He said: “The initial driver was the loss of lowland raised bogs and the impact on wildlife and biodiversity. They were later protected, and peat was sourced from other areas, Ireland and the Baltics. Original Government peat reduction targets came and went, and the new reason to campaign for peat-free became peat bogs being carbon sinks. NGOs have persuaded successive UK Governments to end peat use. British growers felt alone as the issue did not register in the rest of Europe. The UK Government left it to industry and avoided taxes and bans until today. The gardening public failed to engage on the issue and bad experiences with early peat-free products only served to further drive demand for peat. The problem is now international, and it is hard to justify the sustainability of peat use. But alternatives also need to be sustainable, of high quality at the right price.

He says, “We do need to work together to find alternative solutions because a sustainable horticulture industry is necessary for a sustainable solution for the planet and beyond.

“That’s the challenge we all have to get our heads around. That is the challenge we must communicate to regulators, to policy makers, to environmentalists. So that together, we can find those solutions and to meet those challenges. But with good brains, like we have had today in this discussion, I am confident we will find a way forward together. AIPH and FCI will continue to promote that.”

You can view the webinar in your own time on the FCI YouTube channel.

We will be publishing an interview with Marko Pomerants in the July August edition of FCI.