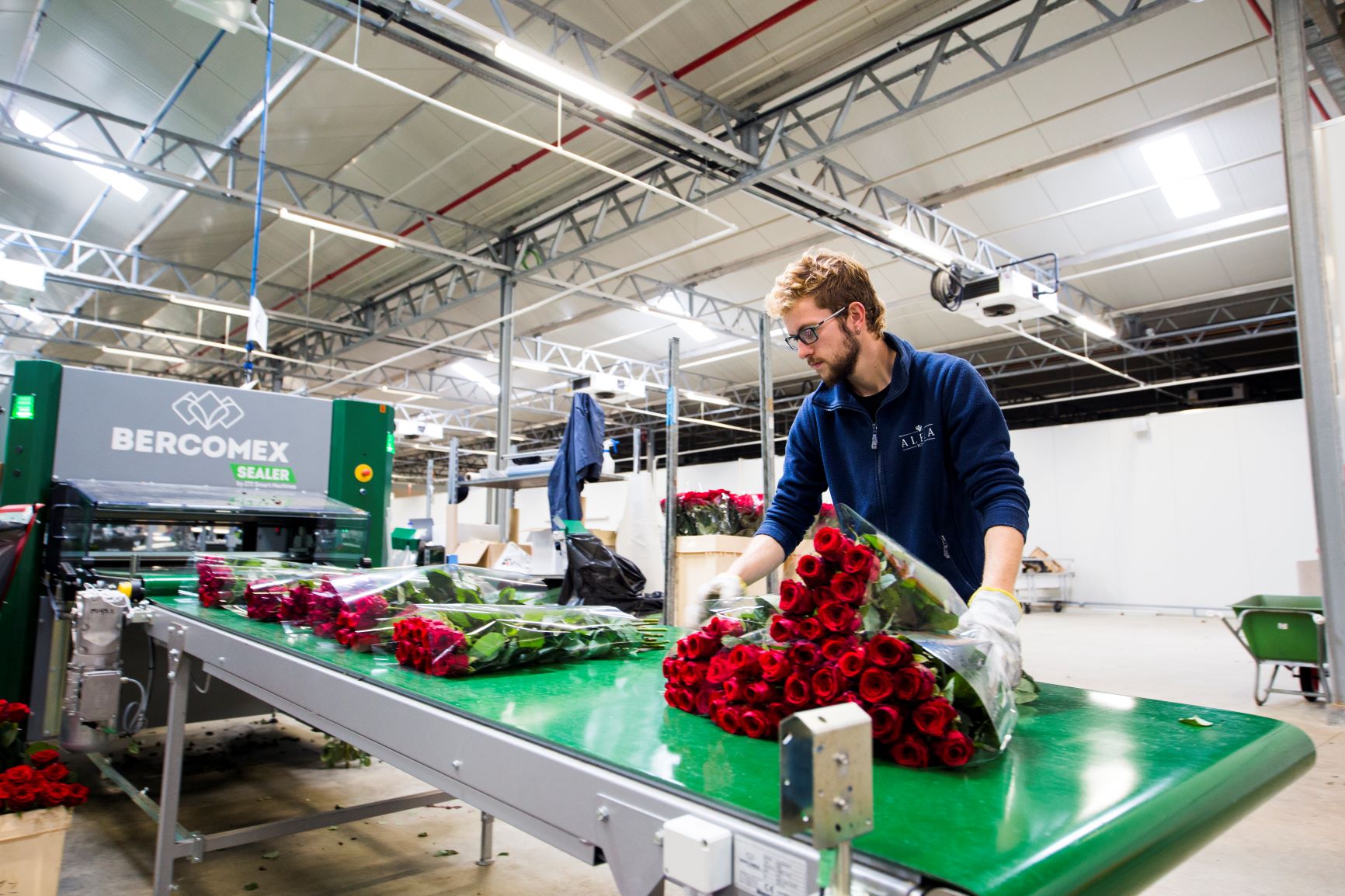 A newcomer to rose cultivation has been founded on a company’s expertise in large-scale greenhouse production of tomatoes in Mexico. Company owner Luis Corella Arroquia chose to diversify into Red Naomi roses because of the product’s unrivaled beauty and believed stable ranking as well a desire to explore new territory.

Spain produces more olive oil than Italy, exports more wine than France and is one of the most important fruit and vegetable suppliers to the European market. In terms of global production of cut roses, however, the country is an extremely small player with only a handful of rose nurseries producing for the domestic market. Until now. A new Spanish-Dutch greenhouse project, Aleia Roses, dedicated to growing the signature Red Naomi rose year-round for the north European market is set to revolutionise the future of rose growing in Spain.

A forgotten corner of rural Spain

Aleia Roses’14-ha site is based in Soria, an almost forgotten corner of rural Spain, a province in the autonomous community of Castilla y Leon. Madrid, to the south, is about a two-hour drive away. It is a region of farmland, scattered market towns and unspoiled habitat where you can just be lucky enough (unless you are a sheep farmer) to see wolves roaming the undulated landscape.

Practically unheard of outside Spain, Soria is pretty unknown even to most Spaniards, apart from having the questionable reputation of being the country’s province with the lowest population density with 9.23 inhabitants/km2 and in some villages even less than 1 inhabitant/km2.  In this context, Aleia has brought new life to the region at a time when across the country huge crowds take to the streets over the ‘emptying’ of rural Spain.

For Aleia’s company owner Luis Corella, the snow-capped mountains of the Sierra de Urbión and Sierra de Cebollera in Soria’s north west echo with the sound of vehicles being refueled and the click of the pump that automatically stops. The sound of Soria’s fuel station in the 1970s, is what Corella remembers as the only animated place in town when he stopped in Soria halfway along the journeys between his home in Madrid and that of his grandparents.

Corella, however, is quick to show some pragmatism in commenting on Soria as Aleia’s home base. Rising 1030 metres above sea level, the province stands out for its benign climate with warm days and cool nights, low humidity levels, its relatively close distance to the North European market and pristine water from the Duero river.

Corella, with an impressive track-record in banking, fashion, car manufacturing and real estate development, learned all about greenhouse production in Mexico when back in the 1990s his Toluca-based Bionatur greenhouses produced tomatoes for the USA retail sector. Moving back to Spain in 2013 he looked for new territory to explore. He explains that the presence of a biomass plant was the most decisive factor in choosing Soria. The GESTAMP (an industrial group with revenues of €9 billion and market presence in over 25 countries) plant will supply the company’s primary energy needs (heat and power) from next year onwards. What’s more, the 17.02 MW plant draws its power from burning pine and olive wood cuttings. The produced carbon dioxide is captured, purified and used to enrich the glasshouse atmosphere. The CO2 is required for plant photosynthesis and increased CO2 concentrations of typically 1000 ppm within the glasshouse atmosphere will lead to improved crop productivity.

Market visits and other hands-on activities delivered insights into the opportunities and challenges in export markets and played their part in convincing Corella. In August 2015, construction began of what was to become the country’s most technically advanced and largest rose greenhouse complex.

Bathed in natural light – Soria enjoys more sunlight than almost anywhere else in Spain (25% higher levels of solar radiation compared to the Netherlands) – Aleia’s greenhouses were designed and built by Dutch-based manufacturer Dalsem – with whom Corella also worked within Mexico – to embody environmental technologies aimed at reducing the facility’s carbon footprint.

High pressure sodium grow lights are installed that supply 156 micromoles / m² / sec. in winter. It is with great interest that the company follows the different LED lighting trials at Dutch rose farms and research institutes. The value which LED lights deliver has been carefully weighed but so far they prefer HPS lamps as these generate both light and heat.

A vast and impressive construction of Venlo greenhouses with a 6 metre post height incorporate diffused glass for better light distribution and to avoid leaf burn.

Water from the nearby Duero river is the primary water source for irrigation at Aleia’s along with rainwater from the roof which is captured into two giant water retention basins of 25,000m3 each. Irrigation water is recycled using slow sand filtration and UV systems. According to the company’s technical management, Soria receives 600 mm of rainfall a year so water supply shortages are ‘not an issue’ despite nigh on daily alarming news from the national weather service AEMET that during the first months of 2019, in large parts of the country, rainfall has been measured at less than half the average.

The roses are grown hydroponically with the first of a total of 1 million young rose plants being planted onto the raised gutters filled with rockwool slabs in the autumn of 2016. Three years later, Aleia Roses has endured through the initial stages of its business lifecycle with a number of technical challenges. A greenhouse grown rose crop needs time to mature to full production and crop engineers have not always found it easy to tame the rose crop, to provide it with the right balance between light, heat and food and especially to adapt it to Soria’s climate where night-time temperatures drop at dazzling speed to climb again at the same pace during the day.

What’s more, almost all their workers had never before entered a greenhouse. Capacity building required extra time and energy.

The MPS A, MPS GAP and MPS-SQ certified operation employs 300 staff including a Dutch management team and a hungry army of millions of bio-control agents that eat pests such as Thrips. Chemical crop protection products are only used for controlling pests when they reach damaging levels. The compulsory use of sanitary measures such as wearing protective white overalls and plastic shoe coverings for visitors outside while staff use footbaths before entering the different growing areas make clear that all efforts are geared towards avoiding contamination by any pest or disease especially the dreaded Ralstonia, one of the world’s most destructive pathogenic bacteria.

That hygiene is part of the company’s corporate values is also clearly expressed through the design of its workplace. A fusion of striking lighting solutions and understated furniture, Aleia’s offices, designed by Luis’ brother, are so clean that you could eat off the floor. Its contemporary design perfectly matches Corella’s adage; ‘ If you are going to do something, then do it right.’

In the beginning, generating demand was easier said than done and undoubtedly much more time consuming than when selling Mexican-grown tomatoes in the USA. Corella recalls that one single visit to a big box store was often enough to sell his entire year’s produce.

In contrast, Aleia’s predominant Dutch customer base, that is Royal FloraHolland based floral wholesalers, took a-wait-and-see attitude at first. Now that the company has launched its Aleia Maxima brand under which it sells its premium quality roses in stem lengths 60,70, 80 and 90 cm it has found its path to bloom and able to deliver the cream of the rose crop.

In all independent trials, Aleia roses score high on trust and vase life. The company has invested in its own quality control department to make sure that ‘Red Naomi’ allure exceeds buyers and end consumers expectations thanks to its high petal count, 12-14 days shelf life, large flowers heads (that always open fully) and its delicate sweet fragrance.

Aleia foresees profits improve steadily from 2020 and onwards. Corella disclosed no pricing information but from his words, it is clear that hailing from a country that is unknown for its rose production Aleia Roses has to go the extra mile for brand recognition. Overcoming prejudices and unfamiliarity with the product are key to increasing sales. Olive growers from Spain, who receive 50% less money for their extra virgin olive oil than their Italian fellow growers may be among the first to understand the issue…

The global market for roses is typically highly competitive with the market being flooded with flowers predominantly grown in Kenya, Ethiopia, Colombia, Ecuador, and the Netherlands. Aleia is aware that successful suppliers need to be able to provide a globally competitive offering – based around price and product quality. Its management underlines that African-grown roses is not the type of produce they like to be compared with as these are cooled and dry packed in boxes before being air-shipped.

In contrast, Aleia staff pick the roses and put them onto water while using Chrysal flower food solution to give the roses the immediate post-harvest care. The roses, set to seduce high-end consumers in the luxury market, are precooled at 2-4°C, sorted and packed to subsequently being trucked to the Aalsmeer based flower auction. Flowers travel comfortably on water that keeps them hydrated even with a daily truck ride to the Netherlands taking around 19 hours. It has been demonstrated that trucking permits the ultimate maintenance of the cold chain with a perfectly controlled temperature environment.

Corella told FCI that what he and his team set out to create with their ‘Red Naomi’ is a rose that reflects allure, dedication, innovation, passion and commitment to sustainability.

Beyond the purple prose lies of the €60 million project, which saw 14ha of state of the art greenhouse using the latest Dutch technology rise from what was once a vast expanse of grazing fields, is the desire to make money. Models for predicting financial and economic outcomes reveal the company’s ambitions of a €35 million revenue. Around 300 employees of 17 different nationalities harvest 40 million stems a year, equal to roughly 98% of Spain s entire annual production of roses.

Corella has also revealed himself to be a social entrepreneur with his rose farm employing people with physical or mental health problems. Being the province’s largest employer comes a lot of responsibilities which he does not take lightly.

The company is busy with planning permission to add 7ha of greenhouses of an estimated €20 million venture which may involve new investors. The venture, seen as revolutionary for the agricultural region of Greater Soria is being supported by local enterprise partnership Federación Empresariales Sorianas (FOES) which has proven to be instrumental in providing business support and attracting investment for the province.

As well as partnering with Dalsem Horticultural Project and the Dutch Wageningen University of Science and Technology, Corella has also enlisted the help of biocontrol supplier Koppert. As such, it makes sense that Aleia Roses sees itself as a Dutch company with a Spanish touch. For everyone who has tried to understand something about the country and its people will have discovered that Spaniards are genuinely welcoming and extremely proud of what their country has to offer. Aleia Roses, a Dutch company sounds like a Spanish rose in Dutch Haarlem… 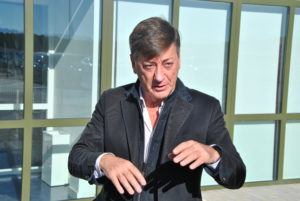 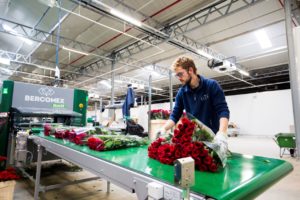 The installation of a highly sophisticated Furora sorting/bunching and sealing line ensures that Aleia combines high productivity with exceptional quality. 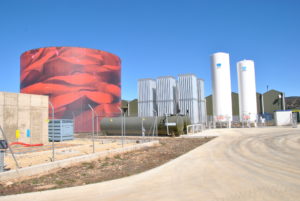 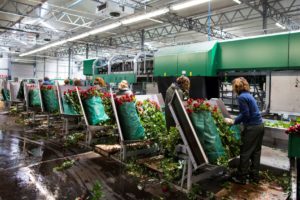 Freshly harvested roses are transported via a conveyor belt and enter subsequently the Furora line and then graded, quality checked, bunched and packed. 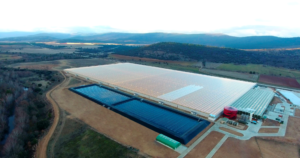 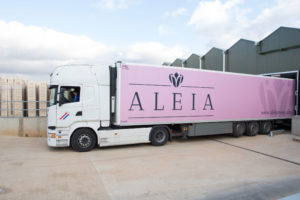 Flowers travel comfortably on water that keeps them hydrated even with a daily truck ride to the Netherlands taking around 19 hours. 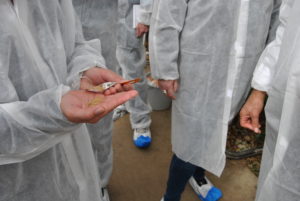 A hungry army of millions of bio-control agents eat pests such as Thrips away. 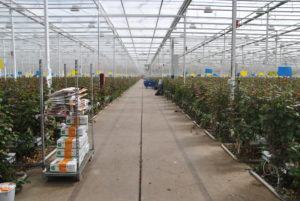 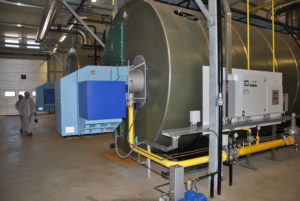