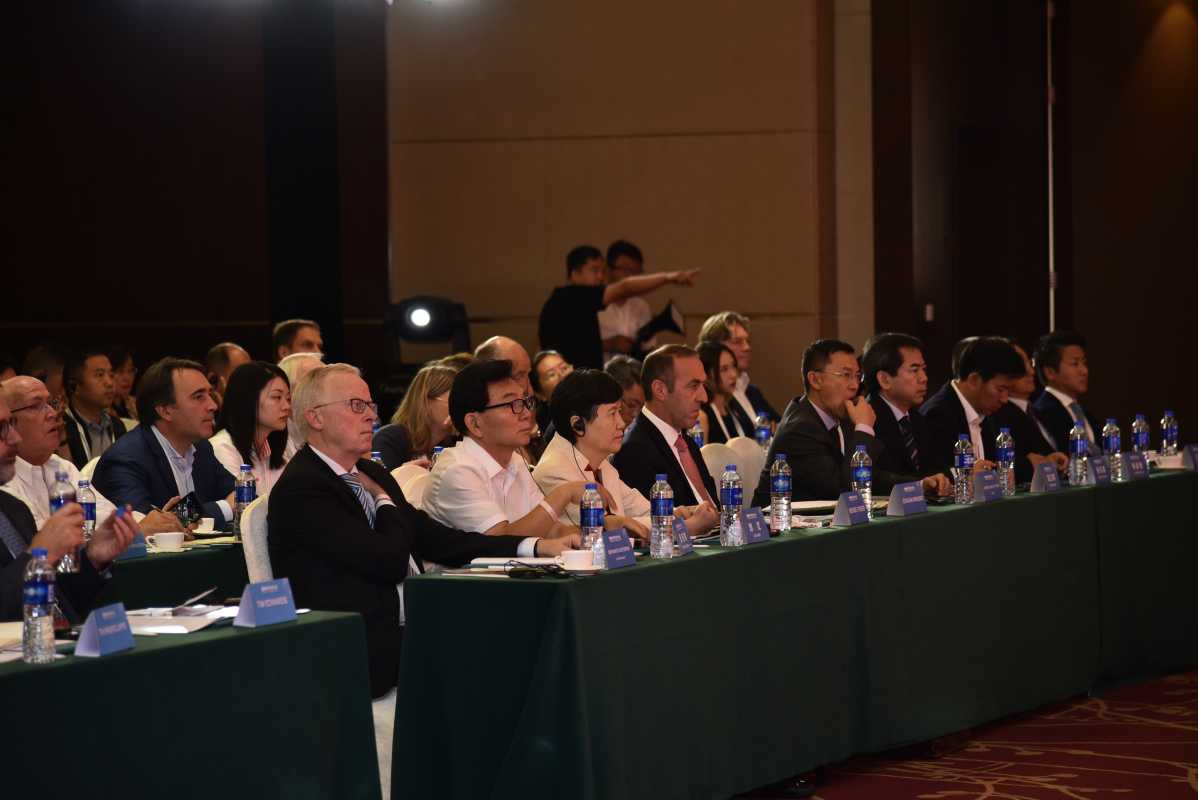 The talented breeder of garden, potted and cut roses scooped up the top prize on July 2 at the 18th WFRS World Rose Convention which was celebrated this year in Copenhagen, June 28 – July 4.

The Golden Rose recognizes those individuals who have given outstanding support to the international rose community and voluntarily contributed in a significant way to the improvement of rose breeds worldwide.

Eskelund had been asked to create Rosa ‘Friendship Forever’, a very special new garden rose in recognition of the Federation’s Golden Jubilee and the pivotal role it has played in promoting and advancing the garden rose community worldwide. The new garden rose will help the WFRS continue its work in more than 40 countries through members organized in national rose societies. A percentage of each sale will go to WFRS.

Following the presentation of the award by Dr.Tommy Cairns, past WFRS president, Eskelund extended her sincere thanks for the award adding that the Golden Rose particularly recognizes her breeding work in roses at large. “It’s a great feeling to be awarded for the efforts that I have put in”, said Eskelund.

Husband and wife team Harly and Rosa Eskelund founded their production company Rosa ApS in 1988 in Sabro, near Aarhus, Denmark. Eight years later they set up their breeding company Roses Forever ApS, also in Denmark. Well-known brands include the Roses Forever and Infinity lines of miniature roses for greenhouse production.

The ‘A Fairytale of Roses’-themed convention included a series of committee meetings to ensure the federation continues to meet the needs of its member countries and individual rosarians worldwide. The WFRS 50 Golden Years book, edited by Jolene Adams, was launched at the event. Many past presidents and officials have contributed hundreds of hours in gathering, researching and preparing content for this commemorative book.

The World Federation of Rose Societies (WFRS) was founded in 1968 in London by representatives from the rose societies of Australia, Belgium, Israel, New Zealand, Romania, South Africa, Great Britain and the United States of America. Its stated purpose was to hold international rose conferences and act as a clearing house for rose research. The WFRS gives awards to outstanding roses and to stars of the rose world. WFRS also honors outstanding rose gardens and rose books. To date there have been 18 World Rose Conferences, usually held at three year intervals. The  next convention will be held in Adelaide, South Australia in three years’ time.