Princess of pop transforms Glastonbury Festival in a sea of roses 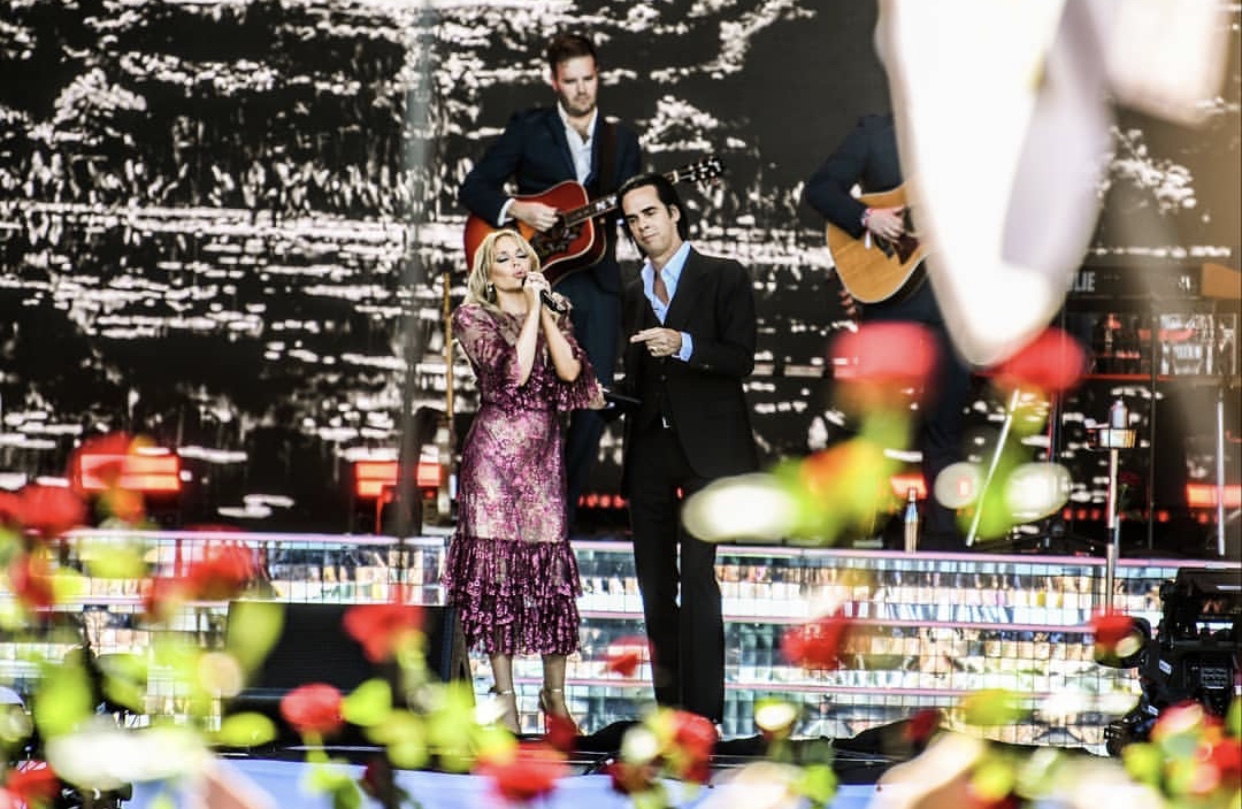 GLASTONBURY, UK: Kylie Minogue wowed the crowds at the internationally renowned Glastonbury music festival. When performing an intimate version of Where the Wild Roses Grow with Nick Cave the Australian singer handed out hundreds of Red Naomi roses as the quintessential symbol of love.

Performing at Glastonbury meant a lot to the singer as 14 years ago she was diagnosed with breast cancer. “It has been fourteen years since I was supposed to perform at Glastonbury. A lot has happened in the meantime. I could not wait to see you all again and share my special show with you,” she told the crowd.

The Glastonbury Festival in England is a large open-air music festival founded in 1970 by organiser Michael Eavis. The popular festival is mainly known for its rock and pop concerts, but there are also dance, cabaret, circus and other performances.