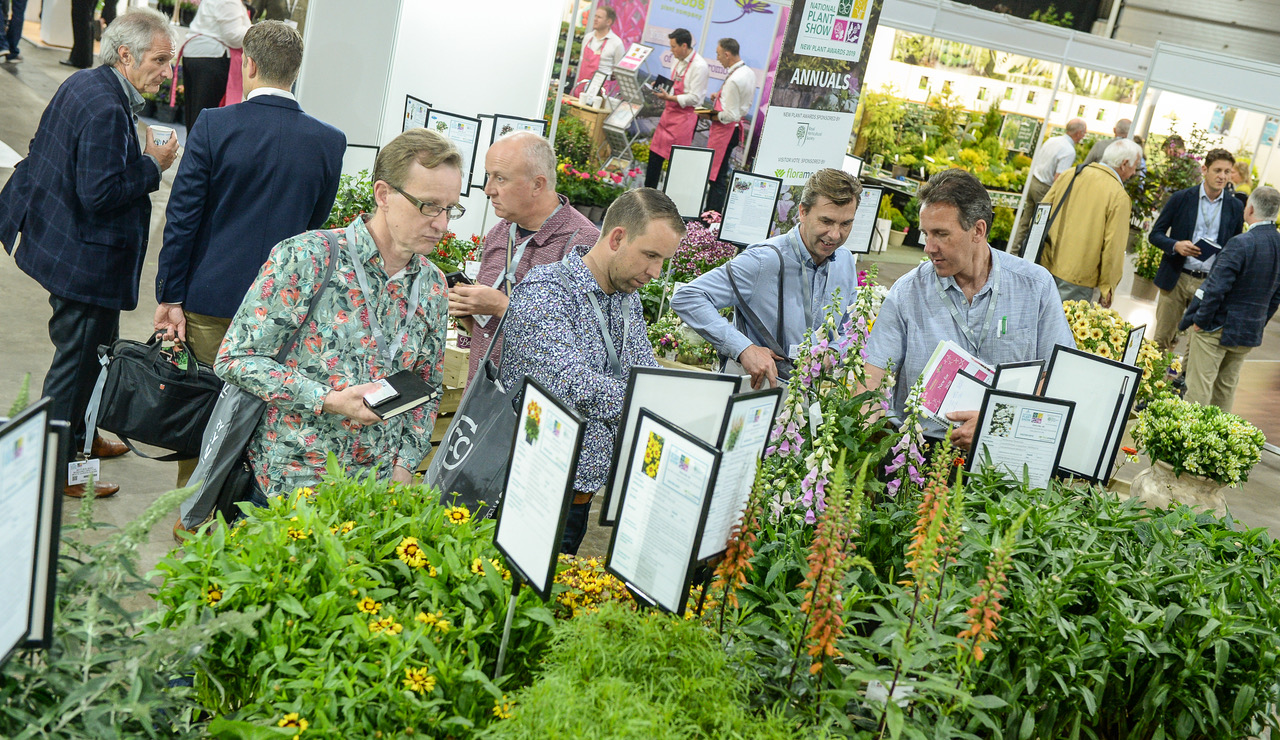 Behind the chaos and uncertainty of the current political climate in the UK, the British Garden Plant Industry is surprisingly buoyant and positive, reports Jean Vernon

It would be easy to suppose that the Brexit controversy, climate emergency and apparent political disarray in the UK are mirrored in within the UK’s garden plant industry. But this is further from the truth than you might imagine, in fact, the great British spirit, renowned for rising to challenges has struck right at the heart of UK horticulture and what might be regarded by some as difficulties and negatives have been transformed very firmly into positivities instead. 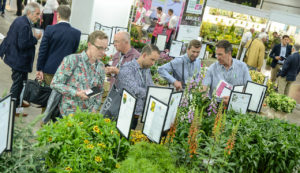 At this year’s HTA National Plant Show, which took place at Stoneleigh June 18 & 19, 2019, dozens of growers and industry suppliers showcased their latest plants and products. It was a hotbed of activity with attendance up over the two-day show. But what was truly palpable was the British ingenuity and resilience to the current uncertainties and industry concerns. In essence, it’s full steam ahead for the UK’s garden plant industry.

“The New Plant Awards were once again a real focal point of interest, attracting in excess of 100 entries. The winning plant from the judged award was Agapanthus ‘AMB001’ ‘Fireworks’ from Fairweather’s Nursery with the Visitor Vote overall winner going to Clematis Elodi from The Bransford Webbs Plant Company and The Guernsey Clematis Nursery,” said HTA’s Martin Simmons, Director of Membership.

“Many of the growers were exhibiting plants in non-black recyclable pots showing how far this industry initiative has moved in just one year. Sustainability was very much a theme with many stands demonstrating and highlighting their commitment to the environment and the seminar programme too reflecting this important topic. Growers reported that there had been strong demand for UK grown plants partly related to Brexit and biosecurity concerns.”

HTA Chairman James Barnes comments, “The gardening season continues to look positive with the latest figures (to the end of August) from garden retail sales reporting garden centres to be up by 13% compared to August 2018 and 11% ahead for the calendar year. Growers and retailers attending the HTA National Plant Show reflected this buoyant mood stating that there has been strong demand for UK grown plants partly related to Brexit and biosecurity concerns. Retail suppliers were reporting strong demand for products early on in the season and this has followed through to make this a positive season so far. There have been good opportunities for the sector on the back of demand for UK grown plants and also an increased interest in sustainability and the switch to recyclable non-black pots which has been positively received by the industry and consumers alike.

With regard to issues plant health including the new plant passporting regulations, growing media, labour availability/costs and water are all on the HTA agenda, along with our involvement through the Commercial sub-group of the Ornamental Horticulture Roundtable Group to look at options for incentivising nursery expansion to help the industry address the opportunities that lie ahead.” 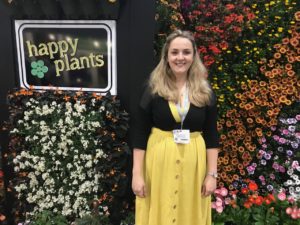 “Brexit is a two sided coin,” says Natalie Porter, Happy Plants Business Development Manager.  “It is driving labour shortages, but at the same time it’s pushed the British growing side of things and now there’s a real demand for traceability. Putting a British flag on a product suddenly has a bit more power.

I don’t think Brexit is going to have as much of an impact on young plants as it will on finished products passing through the Dutch markets. I think that there are bigger issues for people buying from Dutch auctions, such as price implications, plant passports, and then everything becomes a lot more complicated with the exchange rate and haulage.

The Britishness of a plant now is a marketing strategy which was a bit lukewarm before, but now people are going out of their way to look out for things that are British grown and so it’s become very hot.

The British Plant Industry is really strong, I’m third generation, and having spoken to my dad and my granddad there’s a strong collaborative feel that’s been missing for a long time. I’ve always been quite vocal about sustainability and everything we’ve done, we’ve told people we are doing, because we are doing it not for a competitive advantage but for the good of the planet. We all need to share best practice. I do think that this is new to this industry and it sets a really good example to other industries.” 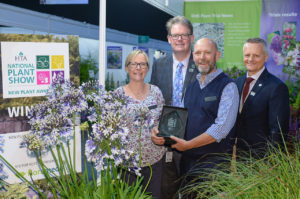 Fairweather’s is a thriving business producing a staggering one and a half million young plants for its diverse customer base.

“There seems to be a real appetite for UK buyers generally to want to buy more British Homegrown product,” confirms Patrick Fairweather. “Regarding Brexit I think that the preparations that were put in place for our exit from the EU at the end of March 2019, have given an indication of what businesses are anticipating is going to be the impact. Some, particularly the smaller growers, are going to try and avoid importing to avoid the administrative challenges. Fairweather’s exports a lot of plants and we haven’t too many concerns coming from our export customers as to the impact of Brexit. We have got to accept the additional administration that’s going to come with it and if there are tariffs, which we are obviously still uncertain about, but until we know what happens with the exchange rate then it’s hard to say how we will deal with those long term, but in the short term we will carry the cost of those, to maintain our customer relationships. The net cost to us with tariffs may be zero, depending on whether the £ strengthens or weakens.

We are contract producing young plants in Spain for one of our Spanish export customers, so we are continuing to have that risk spreading opportunity. I think that makes us more Brexit proof, apart from anything else, the reduction in the cost of transport will make up for other costs.”

Wyevale Nurseries is one of the UK’s pioneering horticultural industries. With over 3,000 lines grown on-site, which equates to over 6 million plants grown on over 600 acres. Kyle Ross is Production Manager for Wyevale nurseries and feels that the industry is very positive with lots going on that’s good for British horticulture. “It’s an exciting time, more and more British nurseries are trying to innovate with new products. There’s more demand from the millennial market for plants, which we are finding is a really interesting dynamic than what we are used to. Plants and gardening are on the rise, especially for the younger generation. The trends are for instant impact, novelty plants that are a bit different. Also plants you can keep in small spaces, that are easy to look after.”

Uncertainties regarding Brexit and the exchange rate have been challenging. “We do buy a lot of our young plant material from Holland as most British nurseries do and with the uncertainty of Brexit we spent a lot of money earlier on in the year to get all these plants in and then it was delayed. We are seeing a huge demand for British grown plants at the minute, that’s linked with Brexit and biosecurity reasons. The Xylella health risks are a concern.

We are one of the pilot members of the HTA plant health assurance scheme, which was set up last year. We have had our customers coming to us requesting that our plants sourced from the UK – Full traceability is key in the supply chain.”