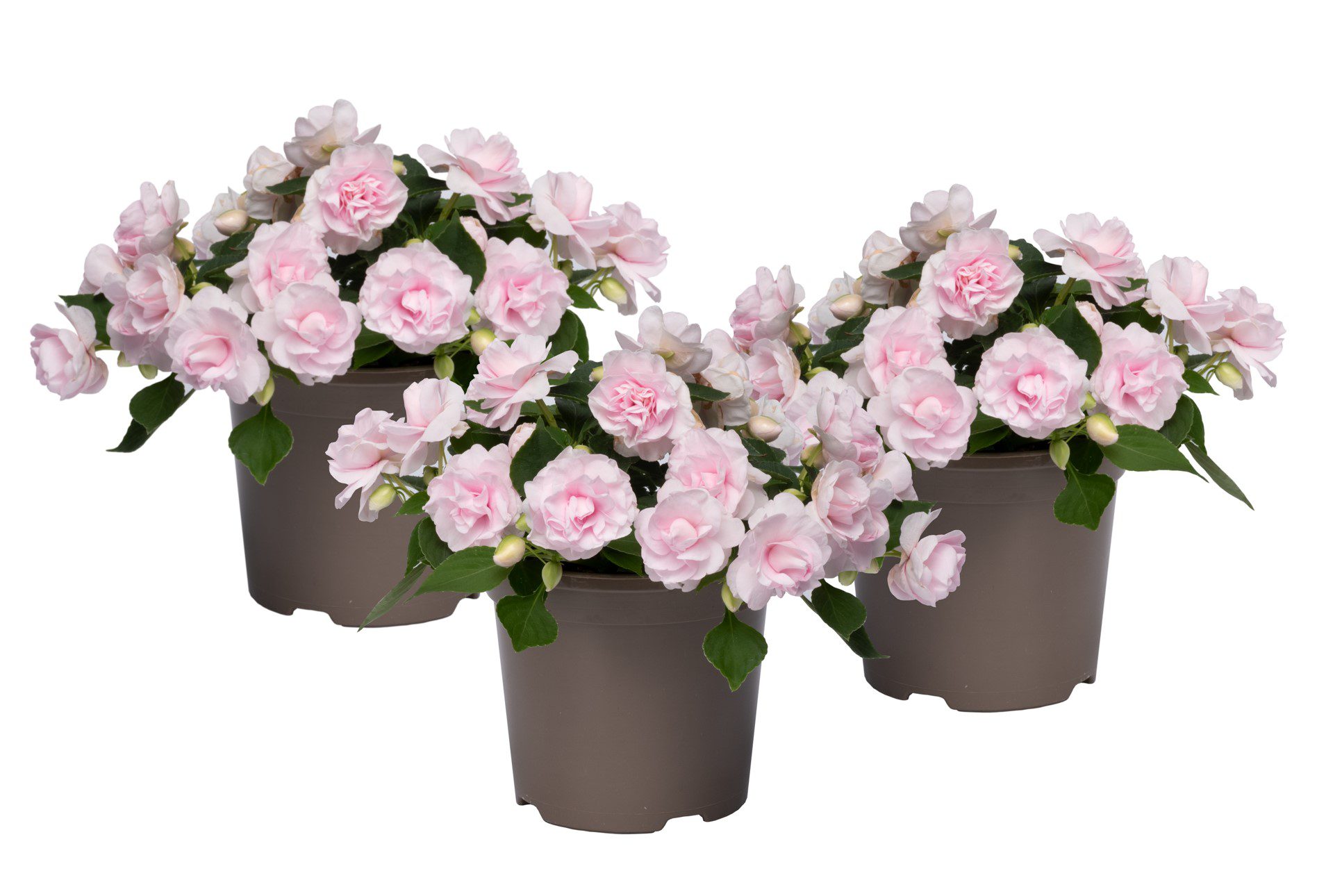 COVENTRY, UK: Impatiens Walleriana ‘Glimmer™ Appleblossom’ has been recognised as Best in Show at the New Plant Awards at this year’s HTA National Plant Show. The show took place between 21 and 22 June at Stoneleigh Park, Coventry.

The award-winning plant, which also won the Annuals category, is recognised by its stunning colour, and features large, iridescent rose-like booms. The well-branched, mounded, and trailing plants are covered with double flowers and are suitable for 10-30cm pots and hanging baskets. This Impatiens also features high resistance to Plasmospara destructor, the cause of Impatiens DownyMildew.

Pippa Greenwood, HTA Judge said, “This year there were more entries than ever before, with 137 covering all five categories. The standard of entries too was brilliant, making our team of judges work even harder than usual.”

The houseplant category was particularly popular, with the emphasis being on phenomenal foliage. This year’s Houseplants winner, Alocasia ‘Silver Dragon’, boasts sturdy, well-shaped foliage with an almost metallic sheen.

All these plants illustrated the exceedingly high quality of this year’s entries, but it was Impatiens ‘Glimmer Appleblossom’ (Ball) which stole the show, winning best in the Annuals category and Best in Show – not only for its good looks, but also its resistance to downy mildew.

The New Plant Awards are the beating heart of the HTA National Plant Show and create an area bursting with inspiration for visitors.

This year, there were more than 100 entries – meaning that over the history of the show over 1,000 new plants have been showcased.