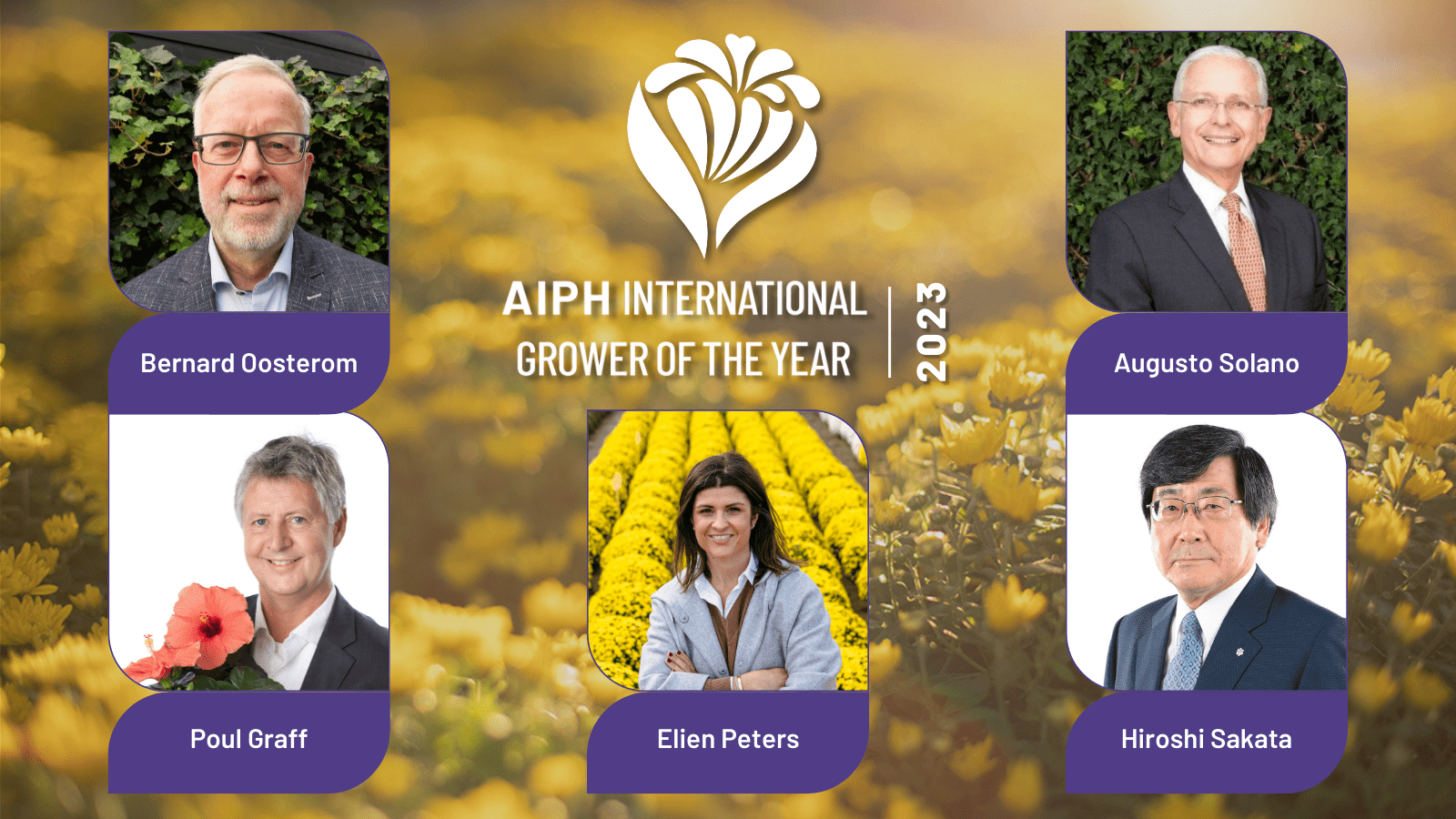 Five ornamental horticulture experts from around the globe form the jury for the 2023 edition of the AIPH International Grower of the Year (IGOTY) Awards.

Organised by the International Association of Horticultural Producers (AIPH) in collaboration with Headline Sponsor Royal FloraHolland and Founding Partner FloraCulture International (FCI), the awards recognise the ‘best of the best’ in ornamentals production. The award reception and ceremony will be held on 24th January 2023 at the Atlantic Hotel, Essen, alongside IPM Essen in Germany, the industry’s largest international trade fair.

The IGOTY Awards celebrate best practice in four categories; finished plants and trees, young plants, cut flowers and bulbs, and sustainability. Within each category bronze, silver and gold awards can be won. From among these categories, only one winner will be crowned the ‘AIPH International Grower of the Year 2022’ and receive the ‘Gold Rose’ – the industry’s most coveted prize.

Commenting on the entries, Bernard Oosterom said: “This year’s entries are very diverse and of a high level. They are professional companies that play an important role in their product and/or market and set an example for others. The entrants have given the jury a challenging task to arrive at a final verdict.

“In addition to announcing the results, the jury would like to underline that companies in our sector can learn a lot from each other. Solutions that have been found by entrepreneurs in various countries and markets and integrated into the business operations are very instructive.”

In addition to the four award categories, AIPH has once again partnered with Jungle Talks for the ‘Young International Grower of the Year Award’ for horticulture professionals under the age of 40. Participants of the Pro Manager Mastercourse, organised by Jungle Talks, will have the chance to present their business ideas to the jury and one candidate will be selected as the winner.

Tickets for the evening reception and awards ceremony cost only €50 (incl. VAT) per person. Groups of five tickets are available for the discounted price of €200 and groups of ten for €350. To secure your place, visit the AIPH Website. Tickets can be cancelled and refunded (minus a €10 admin fee) until 13th January 2023.