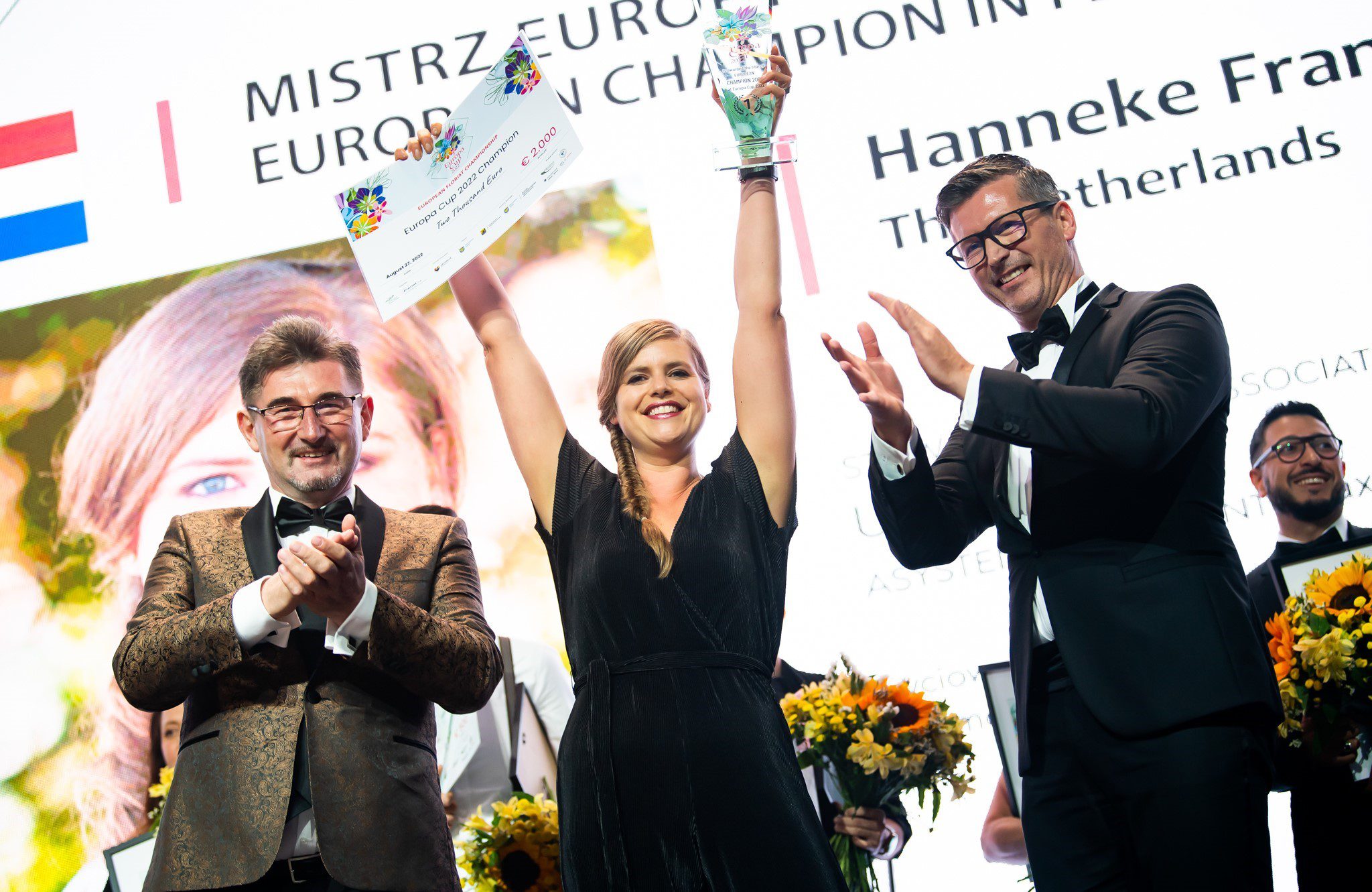 KATOWICE, Poland: The Netherlands’s Hanneke Frankema wowed the audience to grab first place in the long-awaited Europa Cup for floristry, held in Katowice, Poland, between 26-28 August 2022.

Many had picked her work as the favourite to win, but eventually, the contest turned out to be a nerve-wracking and intense three-person fight with Hungarian designers hard-fought contest with Gábor Nagy of Hungary and Michael Liebrich of Germany, ending 2nd and 3rd, respectively.

The after-effects of the Covid-19 pandemic, Russia’s war against Ukraine, and geopolitical tensions worldwide had left the organiser, the Polish Florists Association and Florint weighing whether they wanted to proceed or postpone the event. However, the Polish Florists Association made every possible effort to organise the Europa Cup despite the adverse times and was thrilled that after a two-year break, the long-awaited Europa Cup was back in its full glory.

The Europa Cup has been held every four years since 1967 and brings together the very best competitive florists from around Europe and beyond. In Katowice, 16 of the world’s best designers battled it out to win the coveted accolade.

Attendees waited two days jam-packed with first-class floral art. Friday 26 August marked a special day with the world’s most inspirational designers who will pass their knowledge on to their audience. Additionally, Europa Cup had a top-notch educational programme, including seminars and workshops.

On Friday, Europa Cup competitors added the final touches to three championship tasks, finishing their remaining arrangements the next day.

The grand finale occurred on Saturday evening, 27 August, when six finalists faced the final competition task – a surprise challenge – in front of a live audience.

Live art and music complemented the stunning floristry, making for an unforgettable evening.

All of the created floral art pieces were on display on Sunday, 28 August.

Staging the Europa Cup was Katowice’s modern International Conference Centre. Most Poles know the host city Katowice in South West Poland as a centre for art, industry and trade.