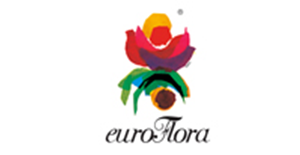 GENOA, Italy: The magic colours and sweet scents of flowers of Euroflora will soon be back in Genoa, this time against the breathtaking backdrop of the Parks of Nervi. The international flower show, which will be held from 21 April to 6 May 2018, will extend over 86 thousand square meters and 5 kilometres of pathways unravelling amongst wonderful gardens and historical villas overlooking the sea, offering all visitors a unique, immersive experience. This year’s show will thus deepen its roots in the long-standing tradition of Italian flower shows – Euroflora was first held in 1966 and this year’s will be the eleventh edition – but also offer a new, spectacular format.

Euroflora 2018 has been conceived and designed to disclose the beauty of Genoa’s historical parks at its best, while further enriching them with new flowers and displays that will playfully and skilfully combine different flower and plant shapes, foliage, and colour shades. Water, the earth, air, and fire are the elements represented in the four installations that visitors will be able to discover one after the other along the main pathway, in an emotional crescendo. The public will be welcomed by a pattern of concentric circles made up of tall blue and white flowers and boat ropes, introducing them to the flower display. Red Wave – Fire will be the first installation – a carpet of red flowers, like tongues of fire, which visitors will ‘dive’ into to be fully surrounded by them. The second installation, Wild Horses – Earth will feature huge horses, plants sculptures obtained with the technique of mosaic-culture, galloping on the meadow in front of Villa Grimaldi, near the historical stables. The third work of art, The Lake of Water Lilies – Water, will be a perfectly rounded pond of water, cut out of the meadow, on which white and pink water lilies will gently float, caressed by the wind. The fourth, The Blow of the Wind – Air, will be a large 3D setting applying the principle of anamorphosis: the installation will gradually reveal itself as the observer gets closer, and will then be fully unveiled when seen from a certain panoramic perspective.

500,000 colourful flowers will form large compositions that will stand out against the green shade of the meadows and of the secular trees of the parks. The various displays by floriculturists, landscape designers and institutional partners of Euroflora (municipalities, regions, European and non-European countries) will harmoniously fit in the large, magnificent natural background, turning the parks into a wonderful flowery landscape set against a truly unique backdrop – the sea. The rose garden, divided into different sections displaying ancient and modern roses produced by leading Italian and foreign hybridisers, will also be at its very best. Its recent restoration allowed to recreate a collection including approximately 200 varieties that take part in contests and every spring bloom to delight all the parks’ visitors.

At Euroflora 2018, every visitor will be able to choose his or her own personal way of visiting the show, following the theme that inspires them the most: EUROFLORA visual experience, EUROFLORA as a path of fragrances, EUROFLORA as the epitome of nature, EUROFLORA as a dance of flowers and musical notes.

In their visit, the public will be accompanied by wayfinding, a system allowing them to identify and choose the areas and pathways that will lead them to discover the show depending on their personal intuition and inclinations, and turning the tour of the show into a game of experiential discovery. It will be a “EUROFLORA for all”, designed applying the principles of universal design, i.e. without any architectural barriers – in a nutshell, an inclusive EUROFLORA. Children will have available a large playground, but, aside from that, a special and truly unforgettable surprise also awaits them.

The magnificent setting, the charm of the surrounding historical location, and the splendour of the plants and flowers on display will offer an unparalleled experience. Visitors will also be able to purchase directly from producers at the Green Market. Special attention has also been devoted to food & catering solutions, so as to ensure that they are consistent with the overall project and they valorise and promote local products and specialities. Different kinds of cuisine and food styles will be available – from traditional restaurants to street food -, and renowned chefs will be present too.

The EUROFLORA project – by architect and landscape designer Egizia Gasparini and architect Valentina Dallaturca, from Genoa-based design firm Dodi Moss – has been set in parks that are subject to landscape and monument protection, in perfect harmony with the genius loci and the need to safeguard this important heritage.

Euroflora is the most important flower show in Europe. A member of the Association of International Floralies, since its very first edition (held in 1966) it has been recognised by the Association Internationale des Producteurs Horticoles. The 2018 edition – promoted by Genoa City Council in cooperation with the Liguria Regional Council and the Chambers of Commerce of Genoa and of the Ligurian Rivieras and with the support of related undertakings – will be held as part of the European Year of Cultural Heritage, and will contribute to promoting a historical and naturalistic heritage that is truly unique in Italy, also thanks to the scientific support of the University of Genoa.

In line with the tradition of floralies, EUROFLORA 2018 will feature a series of contests open to all exhibitors and aimed at awarding the best Italian and foreign displays at the show. The contests – approximately a hundred and fifty of them – will be divided into honour contests, aesthetic contests, and technical contests. The first ensure great prestige and fame at a national and international level and will involve individual or collective displays in the various exhibition areas. Aesthetic contests award the beauty, originality, and artistic expression of the specimens on display; during the 2018 edition this kind of contests will take on a special meaning and value because of the parks in which this year’s flower show will be set. Technical contests, in turn, aim to award the high quality, robustness, and innovative features of the flowers, shrubs and trees taking part in the shows. An ad hoc contest will also be in place for the best-preserved displays during the event and until its very end.

A contest for the design and construction of a garden within Euroflora will be announced over the next few days. This competition, organised in cooperation with AIAPP – Associazione Italiana di Architettura del Paesaggio (Italian Landscape Design Association) and entitled Meraviglia nei Parchi (Thw wonder of parks), will be open to landscape designers, architects, landscape architects, agronomists, engineers, garden designers, gardeners, artists, and creatives of all nationalities.

Pathways inside the park: over 5 km

A series of recreational and cultural events will be organised in Genoa during Euroflora. The Euroflora Weeks, targeted at both residents and tourists, are being organised by Genoa Municipality in cooperation with other local institutions and leading associations and social/cultural organisations. Genoa City Council’s Executive Board for Tourism will set up a welcoming point at Nervi railway station; during Euroflora, visitors showing their Euroflora ticket at this welcoming point will get special discounts on guided tours at the former aristocratic residences Palazzi dei Rolli, Villa Durazzo Pallavicini, and Villa Duchessa di Galliera, as well for guided tours of the historical centre on weekends and audio guides every day.

Poste Italiane, Italy’s leading postal services provider, will contribute to promoting Euroflora too, through a series of dedicated cancellation marks, one of which has been conceived in cooperation with the Liguria Unicef Committee.

Opening hours: Euroflora will be open every day from Saturday 21 April to Sunday 6 May from 9 am to 7.30 pm.

Admissions: a maximum number of 20 thousand tickets will be available every day. Tickets can only be purchased in advance, on line, starting on 10 February, on the event’s website www.euroflora2018.it and will also be available in Best Union Vivaticket points of sale and in several travel agencies. Tickets will also be on sale at the Palazzo Ducale ticket office and, starting from the trade fair Fiera Primavera, at Fiera di Genova (Genoa Fair & Exhibition Centre); other agreements with shops and organisations in town are currently being defined.

Tickets will include the shuttle service and will cost €23. Admission free for children up to 8 years of age, concessions (€16) for children between 9 and 16 years and for people accompanying a visitor with disabilities. Discounts for groups of at least 25 people, with free admission for the group leader.

During Euroflora the Parks of Nervi will only be reachable by public transport. Intermodal parking areas will be set up in town in Piazzale Kennedy (Genoa Fair & Exhibition Centre) and other nearby areas, with more currently being defined. Shuttle services to and from the railway stations will be in place to allow visitors to reach Nervi by train. The number of trains and buses between Nervi and the city centre will be increased during the opening hours of the show. A ferry boat service connecting the Old Port area and Nervi marina is currently being organised.

Visitors with disabilities: dedicated parking spots will be available near the Parks.