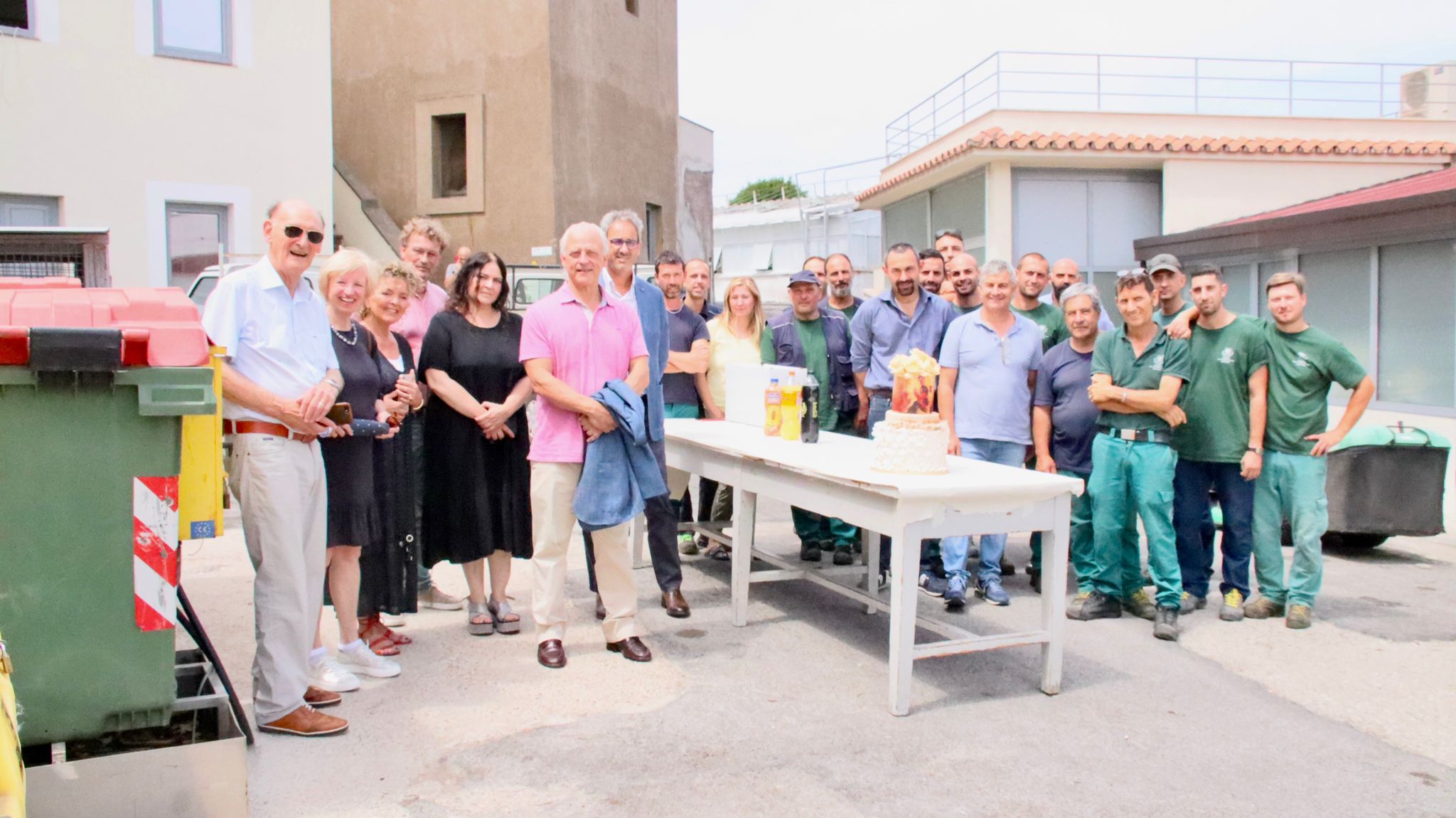 VATICAN CITY, Italy:  A spectacular cake has been baked to mark the 37th anniversary of the floral friendship between Dutch Avalanche+ rose growers and a dedicated team of gardeners from Vatican City. Charles Lansdorp, a commentator of the yearly Easter flower decorations at St Peter’s Square, says that working with the Vatican gardeners has been a priceless experience. Most recently, the Pope’s gardeners lent a hand with the preparations of Avalanche+ arrangements for the canonisation ceremony of Dutch priest Titus Brandsma, whose image is the icing on this cake.

The group of Dutch rose growers who – with the help and support of the Pontiff’s gardeners – each Easter deck out St Peter’s Square with their blooms is celebrating 37 years of sumptuous flower arranging. To mark the occasion they presented the gardeners of Vatican City with an impressive Titus Brandsma photo cake, homemade and decorated by skilled-patissier Micol Menichelli from Rome. 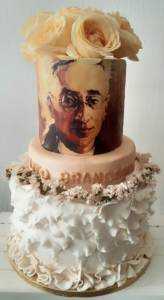 A delegation of Dutch TV Channel KRO-NCRV and Vatican gardeners saw how Charles Lansdorp Lansdorp, on behalf of the Dutch rose growers, unboxed the cake at the inner court of the Vatican Railway station on Friday, 24 June. The site is well-known to those present as this is where on each Maundy Thursday, Dutch florists and the Vatican’s gardeners jointly put the final touches to the floral installations for St Peter’s Square. The impressive cake stood 40 cm tall, decorated with carefully crafted buttercream roses.

Charles Lansdorp: “We were blown away by the cake, a token of appreciation to the Pope’s gardeners.”

It is a milestone year for the Dutch Avalanche+ rose growers, who finally returned to St Peter’s Square at Easter and during the Titus Brandsma canonisation ceremony in May. Their comeback came after a two-year hiatus due to Covid-19. The ceremony marks 37 years of Dutch flowers and plants decking St Peter’s Square at Easter, a tradition that began thanks to the Carmelite Friar Titus Brandsma proclaimed a saint by Pope Francis.

In 1985, the late Pope John Paul II embarked on a visit to the Netherlands. On that occasion, the Pontiff celebrated mass in Utrecht and Nic van der Voort, a florist from the city of Leiden, made the floral arrangements.

The Pope and his entourage were so delighted with the Dutch flowers that Van der Voort and his colleagues were asked to come over to Rome to provide an appropriate floral backdrop for the beatification ceremony of Dutch priest Titus Brandsma that same year. From this moment, the idea was born to annually adorn St Peter’s Square with Dutch plants and flowers at Easter.