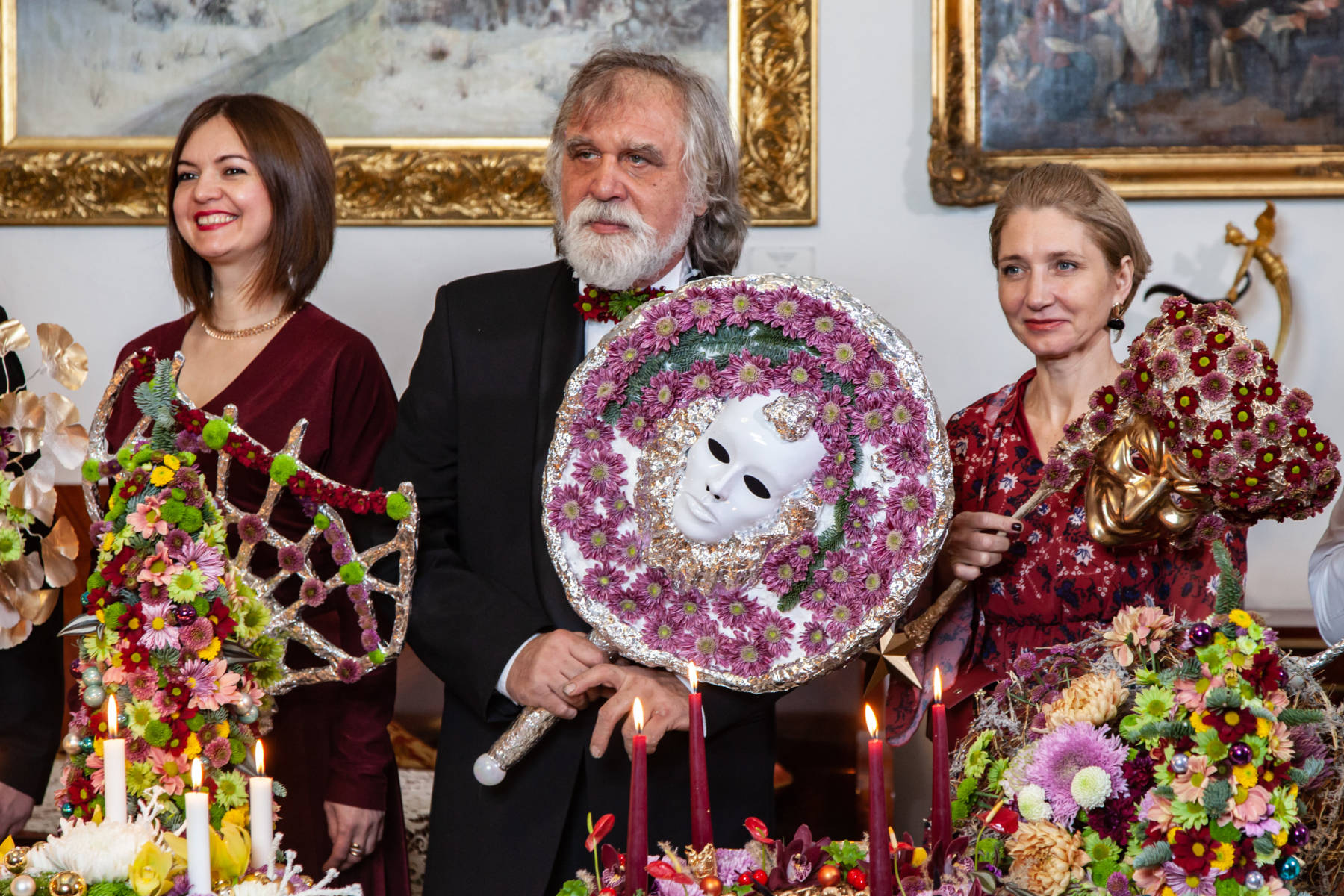 SAINT PETERSBURG, Russia: Nobody does Christmas and New Year like the Russians! Dutch Chrysanthemums joined the party.

Taking place for at least two weeks (December 31 to January 13) the festive celebrations represent a combination of Christmas, New Year and Winter Solstice traditions. The country enters into a frenzied atmosphere of carnivals, vibrant street parties, New Year festivals, concerts, fairs and other celebratory events. This year, Dutch Chrysanthemums heralded the New Year at Marino Manor, the country retreat of the Stroganoff-Golitsyn family in Andrianovo village (south-east of Saint Petersburg), which is considered to be one of the most magnificent palaces of 19th century Russia. Dutch Chrysanthemums have proven popular with Russian consumers for many years. They are ubiquitous: at metro kiosks, flower stalls, grocery stores and florist shops. As such, Russians tend to regard them as an everyday flower, somewhat unimaginative and mainstream.

To turn the tide, Dutch Chrysanthemum breeders and growers teamed up with Galina Stepanova (the lady of Marino House), Le Petit Trianon theatre company (from Saint Petersburg) and floral artist Vladimir en Alexandr Bermjakovy, who created some carnivalesque Chrysanthemum masks for the Petit Trianon actors and arrangements for the palace’s majestic rooms.

Charged with changing the image of Chrysanthemum is JustChrys, a co-operation of breeder’s and the propagator’s association Chryson (Armada, Deliflor, Dekker Chrysanten, Dümmen Orange, Floritec and Royal Van Zanten). To reach this goal they are utilising practical know-how, market research and innovative thinking. The project embraces all aspects of marketing including product photography, flora arrangements, advertising and POS to present a new, unconventional image of the Chrysanthemum. For more information visit: www.justchrys.com