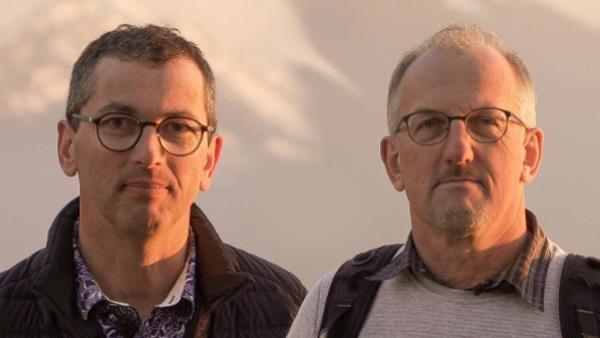 LYON, France: Botanic’s Luc Blanchet, CEO of one of France’s leading garden centre chains, and the group’s general director Eric Bouchet were both awarded the title of Entrepreneur of the Year Auvergne Rhône Alpes at the EY French Entrepreneur of the Year Awards, a prestigious accolade presented to individuals whose outstanding achievements have made him or her the country’s most successful entrepreneurial business leader.

Set against a backdrop of applause, the duo of directors took to the stage at the Groupama Stadium of Olympique Lyonnais in Lyon, France on Monday 11 October to accept their award as the regional winner of the Ernst & Young Entrepreneur of the Year, from the president of the jury.

The Botanic garden centre chain is deeply rooted in the Haute Savoie, a department in the Auvergne-Rhône-Alpes region of Southeastern France. Luc Blanchet is the son of the late Claude Blanchet, who back in 1995 was one of the co-founders of the garden centre chain that today includes 73 Botanic sales outlets and 73 pet shops which sell under the brand name Medor et Compagnie.

Since 2005, the aim of Botanic is to reduce its impact on the environment as much as possible while providing a top-quality service.  Their Botanic Pact for a new way of living”, for example, launched in the 1990s. This plan aimed at introducing sustainable development criteria for its entire product range.  And already in 2007, Botanic and the Dutch sustainability certification scheme MPS inked a partnership agreement.

By teaming up with MPS, Botanic wants to encourage growers to adopt a tool that allows measuring their impact on the planet through an environmental scorecard.
In 2010, Botanic was awarded the “Green Business Awards” by Jean-Louis Borloo, the French Minister of Ecology, Energy and Sustainable Development. The event was organised by BFM radio, in partnership with the French energy-saving agency ADEME, and Ernst & Young company. The Green Business Award recognises exemplary companies in the field of green business.

Blanchet and Bouchet’s achievements automatically qualify Botanic for the grand finale of EY’s 2021 French Entrepreneur of the Year Award, which will be celebrated on 16 November in Paris.