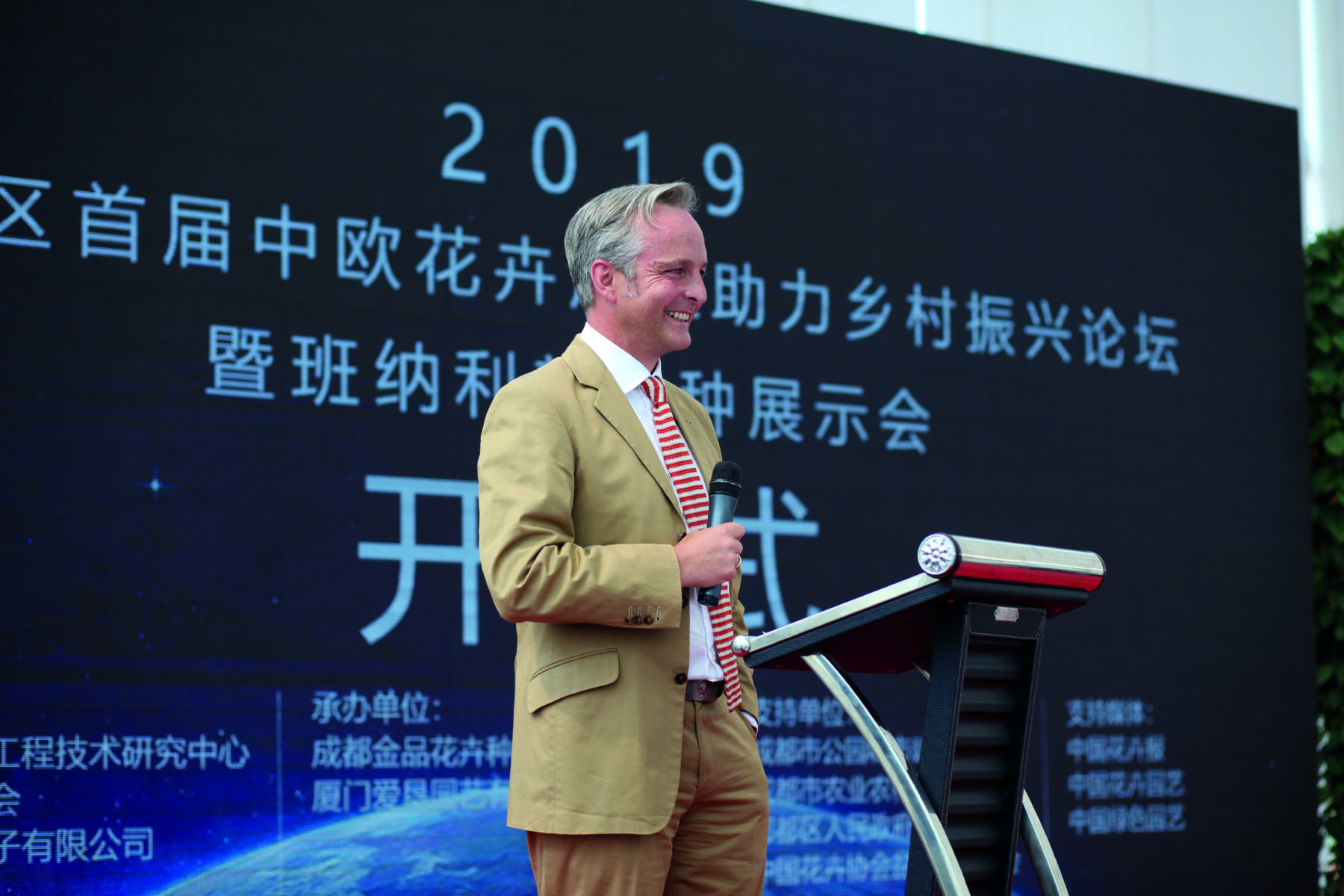 Chinese government officials, representatives of the German consulate of Chengdu as well as the Jinpin and Benary management were invited to cut the ribbon on stage.

Benary’s versatile and hassle-free BIG Begonia was the star of the show. BIG begonias is becoming a prominent plant cityscapes and container plantings.

The exhibition was staged by Jinpin Flower Seedling Co. – Jinpin means “golden quality” in Chinese –, which is located in Pixan, part of Chengdu city, in the Sichuan province, co-organized by Benary and Ican Seed: both shareholders of Jinpin. Jinpin is focused on providing young plants to the rapidly growing Chinese bedding plant market.