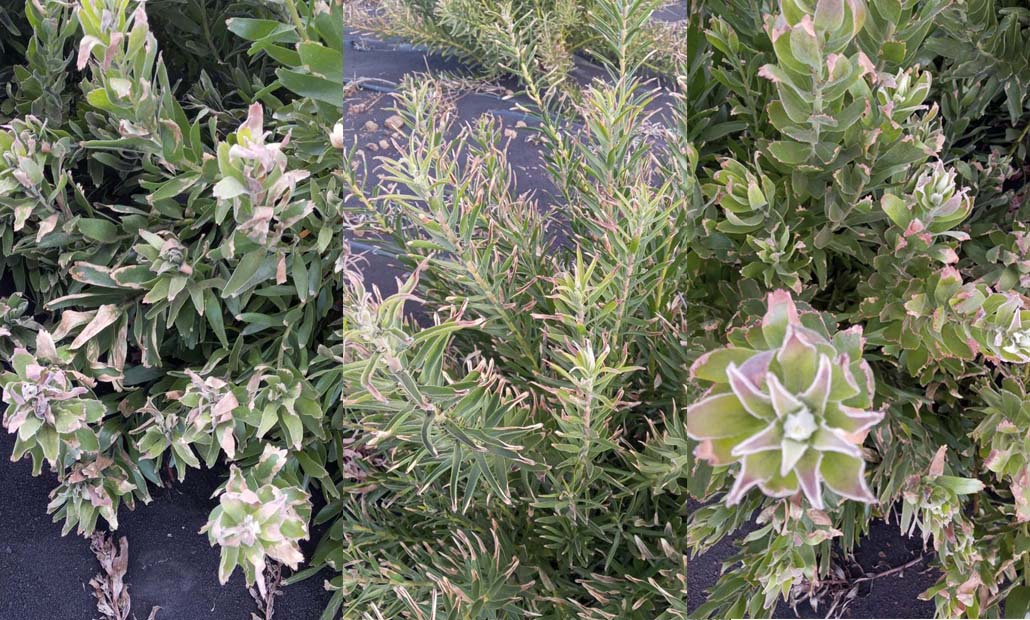 A layer of ash continues to blanket the proteas grown by the eighty members of Proteas La Palma,

LA PALMA, Spain: A layer of ash continues to blanket the proteas grown by the eighty members of Proteas La Palma, as the Cumbre Vieja volcano continues to erupt.

“This is an absolute disaster, “ says manager Francisco Molina of the Proteas la Palma cooperative the current situation at the protea farm is where between 65 to 85 per cent of the crop is lost.

Last week, Molina explained to Spain’s leading horticultural media outlet GuíaVerde that while the cooperative’s protea farms is at a safe distance from the lava that is running down the side of the volcano, clouds of ash have drifted from the Cumbre Vieja volcano toward their plantations, causing plants to die. “First, we thought it was nothing more than a blanket of sand.  However, as time progressed we saw how plants started to dry out. We don’t believe this is because of heat because when ash that rains down is not hot. So we presume that it the ash’ chemical composition that cause plant to prematarurely die.”

The natural disaster the biggest volcano eruption on the island in more than 100 years,  hits Palma’s protea growers at a time when they prepared for the top-selling festive season.  Economic losses caused by the volcano eruption at Proteas La Palma alone exceed €700,000.

The biggest fear among the island’s protea growers is that not only the ash has damaged flowers and leaves but causes them to die entirely.  In this, worst case scenario growers will have to replant their crop for another 2 to 3 years before they can start harvesting flowers again. 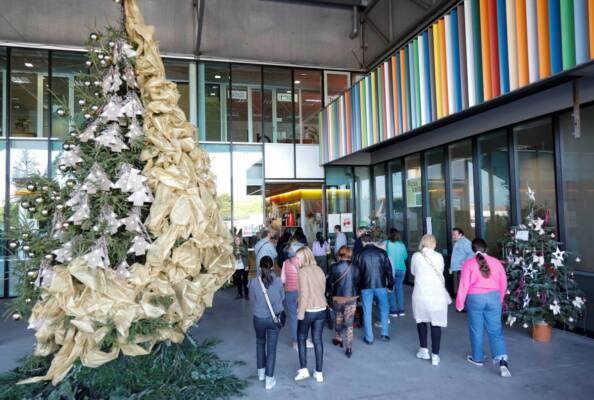