Home > MarketsUnited States > USA: a national floral marketing campaign is in the making

USA: a national floral marketing campaign is in the making 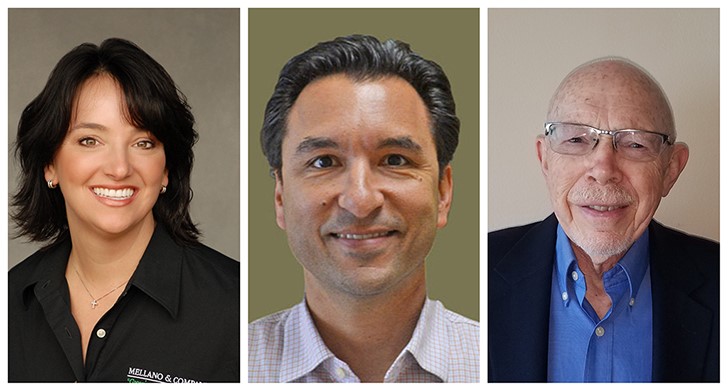 ALEXANDRIA, USA: A committee has been working across industry segments to develop a proposal — and support — for a floral promotion order under the USDA’s Agricultural Marketing Service. If adopted, the proposal would assess domestic growers and importers to fund a national floral marketing campaign.

The proposal will be the subject of a Nov. 16 SAF virtual panel discussion with members of the committee, which includes Michelle Castellano Keeler of Mellano & Company (pictured left), Oscar Fernandez of Equiflor/RioRoses (center), and Harrison “Red” Kennicott of Kennicott Brothers Company (right).

For years, flower prices and sales were flat. Industry leaders wondered how they could convince consumers to buy flowers with as much regularity as milk and bread. Then the pandemic changed everything. Consumers began to see flowers as a way to connect with loved ones and brighten their homes, and sales skyrocketed.

“At this point we don’t have to change [consumer] mentality, we just have to keep the mentality in place,” says Michelle Castellano Keeler, AAF, vice president at Mellano & Company and president of the Society of American Florists’ board of directors.

The way to do that, Castellano Keeler and others say, is through an industry-funded, national floral marketing campaign. “Every segment of our industry has the opportunity to benefit from a well-organised promotion order,” says Castellano Keeler.

She is one of 12 people on a drafting committee that has been working across industry segments to develop a proposal — and support — for a floral promotion order under the USDA’s Agricultural Marketing Service. The AMS oversees many promotion orders for other industries, from cotton and eggs to avocados and Christmas trees, to help those industries leverage funds and create research and marketing opportunities.

Those funds are estimated to total about $19 million a year; about $15 million paid by importers and $4 million paid by domestic growers, says Christine Boldt, administrator for the promotion order and executive vice president of the Association of Floral Importers of Florida. The assessments would not fund research, because other industry organizations are already providing funding for research, Boldt says.

The money from the assessments would be used for “generic” marketing, according to the proposal. The marketing would not promote a specific flower or country of origin, and it would not advertise any specific outlet for buying flowers, Boldt says.

A board of directors, consisting of six domestic growers and six importers and appointed by the USDA’s Secretary of Agriculture, would oversee the marketing campaign.

The proposal also stipulates that 2 to 3 percent of the funds would be set aside for one or more domestic organisations to use for local, regional, state or national promotion of cut flowers and foliage. The proposal has been presented to domestic growers and importers in separate, virtual meetings, and was revised after feedback from those meetings. For instance, the original draft called for a board of six importers, five domestic growers and one at-large seat. It also proposed that both segments would be assessed 1 percent of gross sales.

After seeing the proposal, domestic growers felt that for the marketing order to be collaborative they should have an equal number of seats on the board, Castellano Keeler says. The growers also pointed out that the price of imported flowers is less expensive at the point of entry than the price of flowers sold by domestic growers. After consideration, the drafting committee lowered the assessment rate for domestic growers. “This is why it is really important that we got feedback from the industry,” Castellano Keeler says.

The importers on the drafting committee were agreeable to those changes because they wanted to show how strongly they believe in the promotion order, says Oscar Fernandez, director of sales for Equiflor/RioRoses, SAF’s president-elect and a member of the drafting committee. “We believe so much in this order that we were willing to do whatever necessary to show the domestic growers that we could do this together,” he says. “Times have changed, and the flower industry has evolved. The different segments are working better together than they ever have. We realize that together we can all achieve more if we do this the right way.”

The committee will spend the next several months holding virtual events to educate and answer questions about the proposal. Three members of the drafting committee — Castellano Keeler, Fernandez, and Harrison “Red” Kennicott, chairman of Kennicott Brothers Company — will be part of SAF’s virtual panel discussion about the proposal.

If the proposal has industry support, it will be submitted to the USDA, which may hold public meetings. Then, the USDA will conduct a referendum on the proposal. Each business subject to assessment would receive one vote. A majority of domestic growers and a majority of importers must vote in favor of the referendum for it to pass. The process could take a minimum of a year and a half to two years, Boldt says.

This isn’t the first time the industry has attempted to pass a USDA floral promotion order. In the 1980s, the industry proposed but failed to pass Floraboard. That initiative included many segments of the industry — including ornamental plant growers — and didn’t gain support, Red Kennicott, AAF, CEO of Kennicott Brothers and a former SAF president, who was involved with the initiative. Another USDA promotion order, PromoFlor, was undertaken in the mid-1990s. It assessed “first handlers” — growers, importers and some wholesalers — for two years before undergoing a referendum, which failed. Kennicott believes the referendum failed because some businesses felt they couldn’t pass on to customers the cost of the assessment. Both promotion orders were also plagued by a lack of communication which led to many misunderstandings, Kennicott says.

The drafting committee has learned from past mistakes, Kennicott says. They are putting an emphasis on communication and transparency and created a website with the draft marketing order, recordings of meetings and a list of frequently asked questions.

They are also speaking up about the need for businesses to pass the cost of the assessment to consumers. Domestic growers and importers would only need to raise prices by a very small percentage to do so, Kennicott says. “The price of flowers in the last year has gone up dramatically because of the supply chain and availability and increased demand,” Kennicott says. And, he adds, people are still buying flowers. The increase to cover the assessment “is a drop in the bucket.”

Other agricultural industries with promotion orders have seen success. The avocado industry, which mirrors the flower industry with about 80 percent of the fruit imported and 20 percent of it grown domestically, created a promotion order in 2002. Consumption of avocados increased 258 percent from 2000 to 2018, according to a report from the Hass Avocado Board. The price of avocados also increased. Similarly, the Christmas Tree promotion order that began in 2015 has shown a return of $13 in profit for every $1 invested, and an increase in tree sales from 2016 to 2019, according to an independent evaluation of the program.

Castellano Keeler and Fernandez believe that the proposed floral promotion order could produce similar results for the floral industry. “Now more than ever, as things get back to normal, we don’t want the American public to forget about flowers,” Castellano Keeler says. “It’s the perfect time for collaboration in our industry.”

About the author: Amanda Jedlinsky is the managing editor of SAF Now.