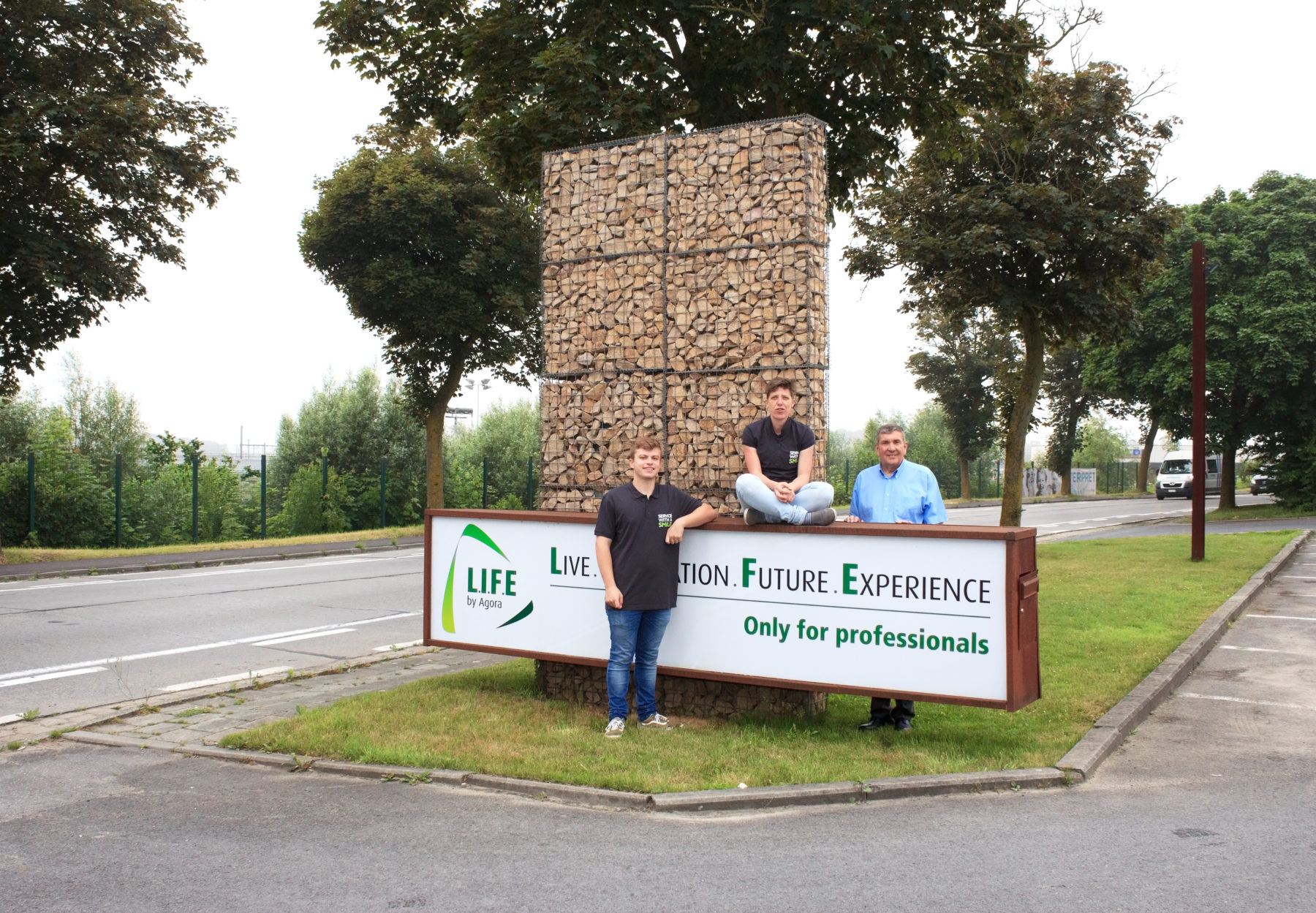 Having access to a cash and carry store 24 hours a day, seven days a week, can be a major benefit for people that are busy during business hours. With this in mind Agora, a household name in wholesale flowers, opened its Agora L.I.F.E. (Live, Innovation, Future & Experience) store in 2017, enabling last-minute shoppers to purchase fresh flowers and sundries round the clock. Now, one year on, plans are underway to open an additional 24/7 Agora store.

Patrick Merckx is senior advisor at Agora Group tasked with initiating dialogue to a strategic level, both internally and externally. His background isn’t in flowers. Coming at the flower industry with an outsider’s perspective has been an advantage, he said, as it has allowed him to look at it objectively with a fresh pair of eyes. “I  focus on the big picture and help the company with the big strategic questions it is facing and spend time on questions such as why the organisation exists, what its unique value proposition is and how the industry will evolve in the future. Recently, I have been involved with extensive market research interviewing the end consumer, that is, the customer of our customers. I personally interviewed hundreds of consumers of all ages, both male and female. It confirmed how unbelievably strong our USP is. It is time that we realize our industry is selling the ultimate feel-good product.”

Behind the purple prose

Merckx cannot repeat it enough: flowers and plants are absolutely irreplaceable and life has little meaning without them. However, behind all the purple prose, intense competition ensues to gain access to the wallets of flower aficionados and garden lovers.

In its 2017 European Florist Sector Report, industry body Florint, representing 120,000 florists throughout Europe, sees a mix of challenges for florists in Western Europe. Even though they are privileged to have access to a wide variety of flowers at relatively low prices, they find it hard to add value and increase foot traffic to their shops especially with the many options available to consumers be it online or other brick and mortar stores. What’s more, brutal competition from supermarkets, discounters and online stores threatens florists worldwide.

Agora fully understands that e-commerce is becoming the new normal but refuses to believe that physical cash and carry stores are on their way out. Not only has Agora built a new 10,000 m2 centralised purchasing and distribution hub for cut flowers and a 2500m2 flagship store in the new Waterdrinker’ Green Trade Center (both located in Aalsmeer, the Netherlands), it also moved its Roeselare store to Kortrijk in April 2017.

Kortrijk is now home to Agora’s new concept L.I.F.E. store. Like for all Agora stores, the Group’s purchasing division Floris Holland sources the vast majority of cut flowers and potted plants from countries such as Belgium, the Netherlands, Germany, France and Italy. Another division, Euroflower, purchases cut foliage and exotic flowers.

At Agora L.I.F.E. fresh cut flowers are displayed neatly in a cold-store. Houseplants and hardware are put together in way to enhance the shopping experience and incorporates a coffee corner and a trendy Belle d’Avalane shop in shop. Belle d’Avalane offers freeze-dried flowers and is a specialist division of the Agora Group. Belle d’Avalane products are sold worldwide.

Compared to Agora’s giant headquarters in Kontich, the Agora L.I.F.E. branch is a small operation. But the philosophy behind it is big. It is the group’s answer to increasing demand by florists for immediate and hassle-free, 24/7 solutions to their needs. “Many florists are often family-owned or a one-man-band and extremely busy during business hours. We wanted smarter hours of operation, so owners can avoid being absent during rush-hour. There are still a lot of florists who want to touch, feel and experience a product. Simultaneously, there is an ever-growing tendency towards smaller, more frequent orders, not only to keep costs down but also to ensure flowers are farm-fresh. Those florists lucky enough to be close to us visit our Agora L.I.F.E. store as often as three times per day.”

Outside of the normal cash and carry, Agora L.I.F.E. features an unmanned store with entry via an access code. Once they have registered, customers walk in, pick out their items, scan the barcodes and pay for their items on their own.

Merckx is quick to admit the Agora L.I.F.E. experience during the daytime is very different from nighttime. He agrees that friendly sales staff that help in the daytime can make the greatest impact. “But those florists who shop in the eleventh hour also purchase during the daytime. As such, they know the product inside-out and are well-informed by our sales team. The 24/7 concept makes urgent orders possible to fulfill.”

Studies have shown that self-service checkouts and mobile scanning significantly increases theft. But according to Merckx there is no reason to be worried. “The new store features the latest technology including over 20 ceiling cameras to help identify customers. Automating stores is here to stay and you have to be part of it”, Merckx said. He added that Agora L.I.F.E. is also the result of increased pressure in floral wholesale as labour costs continue to rise.

So far Agora has received positive feedback from customers on their experimental shop. Plans  are underway to open an additional 24/7 store but Merckx said it is too early to mention a new location.