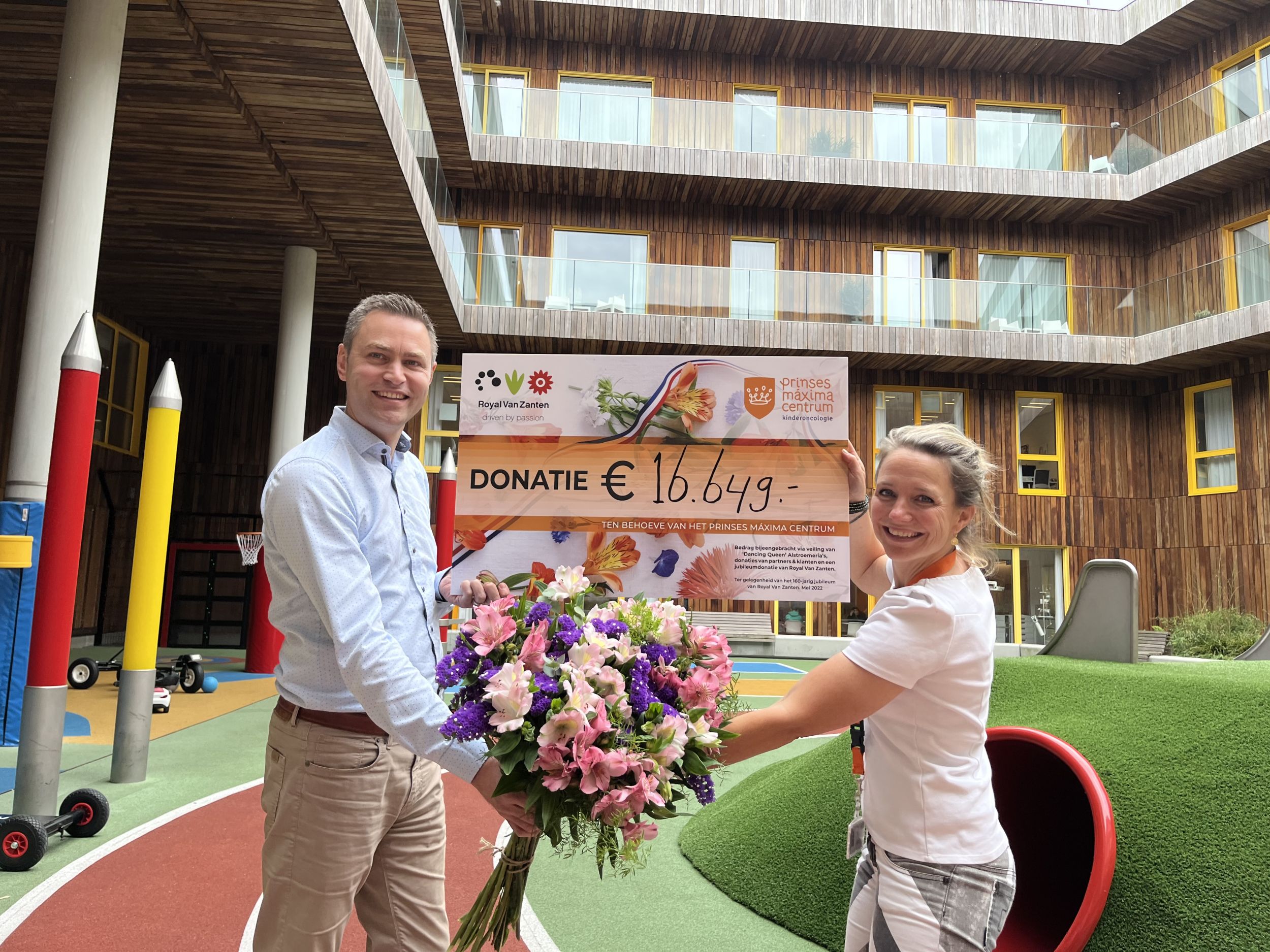 UTRECHT, Netherlands: The Princess Máxima Center, a kids cancer ward in Utrecht, Netherlands is set to benefit from a donation provided by plant breeder and propagator Royal Van Zanten.

At a private ceremony Van Zanten Breeding’s CEO Maarten Goos presented a check in the amount of €16,649 to Renske Leyenaar-Van de Wolfshaar, a corporate partnerships manager at the children’s hospital.

The donation was raised by generous employees, customers and long-term business partners of Royal Van Zanten, the company that marks its 160th anniversary this year.

Royal Van Zanten is pleased that through this donation it can shine the light on children with cancer and support the teams dedicated to making the difference.

An estimated 600 children in the Netherlands get cancer every year, and one in four children who are diagnosed with cancer dies from this illness. Ten years ago, parents and healthcare professionals started working towards one national children’s cancer centre that could accelerate advances in treatment. Those efforts resulted in the Princess Máxima Center for pediatric oncology: a unique centre bringing together highly complex care and research for children with cancer in the Netherlands. Its mission is chrystal clear:  to provide a cure and optimal quality of life for every child with cancer. Close cooperation between care and research will lead to more children being cured of cancer, with fewer adverse effects later in life.

On 13 May 2022, Royal Van Zanten welcomed 150 customers and their partners at their facilities in Rijsenhout to celebrate the company’s 160th anniversary. In his welcome speech, Royal Van Zanten’s commercial director Rick Kroon foresees bright future lying ahead “An anniversary is a moment to stop, reflect and evaluate. I joined Royal Van Zanten only recently, and I quickly discovered how passionate and powerful the company is.”

On 14 May 2022,  all employees and their families enjoyed a Family Day including kids entertainment, food, drinks, and the opportunity for employees to show their workplace to family members.

Van Zanten Breeding, which is part of Royal Van Zanten, has played an active role in the international ornamental horticulture sector for 160 years. The company breeds cut flowers and pot plants and holds a strong position in cut flowers (Alstroemeria, Statice, Chrysanthemum and Bouvardia) and pot plants (Aster, Celosia, Chrysanthemum and Multiflora).