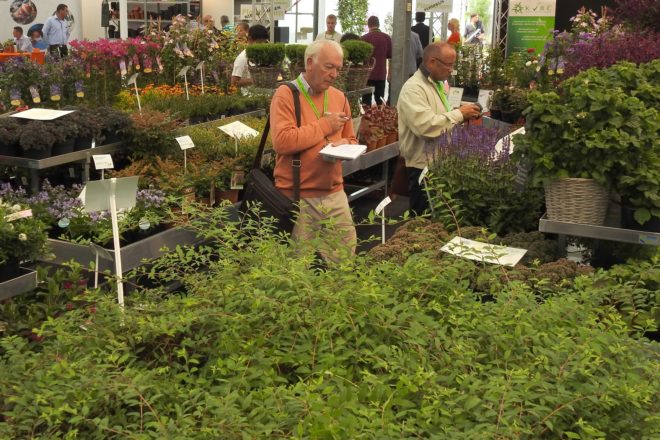 BOSKOOP, the Netherlands: Plantarium 2018 is in the starting blocks. The floor plan has been finalised and the outlines of the trade fair have been laid out. With just over a week to go, preparations are on schedule. “It was a challenge to design the entrance to the new location in such a way that visitors will imagine themselves in a green oasis as they enter. I don’t want to give away too much, but we believe we have succeeded in doing so,” says trade fair manager Jos van Lint.

Every square metre of Plantarium 2018 will be occupied. With an exhibition area of 12,000 m2, the organisers have opted for a compact layout. There is plenty of variety in both participants and stands. From large, shared stands to smaller stands with a basic construction. “We have been able to accommodate all participants to everyone’s satisfaction,” says Van Lint. The exhibition floor plan with the latest details can be found on the website.

Plantarium remains the best place to launch plants that have never before been marketed. 95 novelties were submitted for the showcase, of which 88 were eventually accepted. The judging of the plants will be carried out by the judges of the Royal Boskoop Horticultural Society (KVBC). The novelties will be prominently displayed in the hall along the green carpet. An overview of the novelties can be found on the website.

Plantarium 2018 and GROEN-Direkt’s autumn trade fair will take place under one roof from 22 to 24 August 2018 at Denemarkenlaan 11. The site can be reached via the familiar car park at Greenpark Boskoop (Denemarkenlaan 9). The opening times are from 8.00 am to 6.00 pm and until 4.00 pm on Friday. Entry is free with a promotional ticket or by digital pre-registration. For further information, visit  www.plantarium.nl