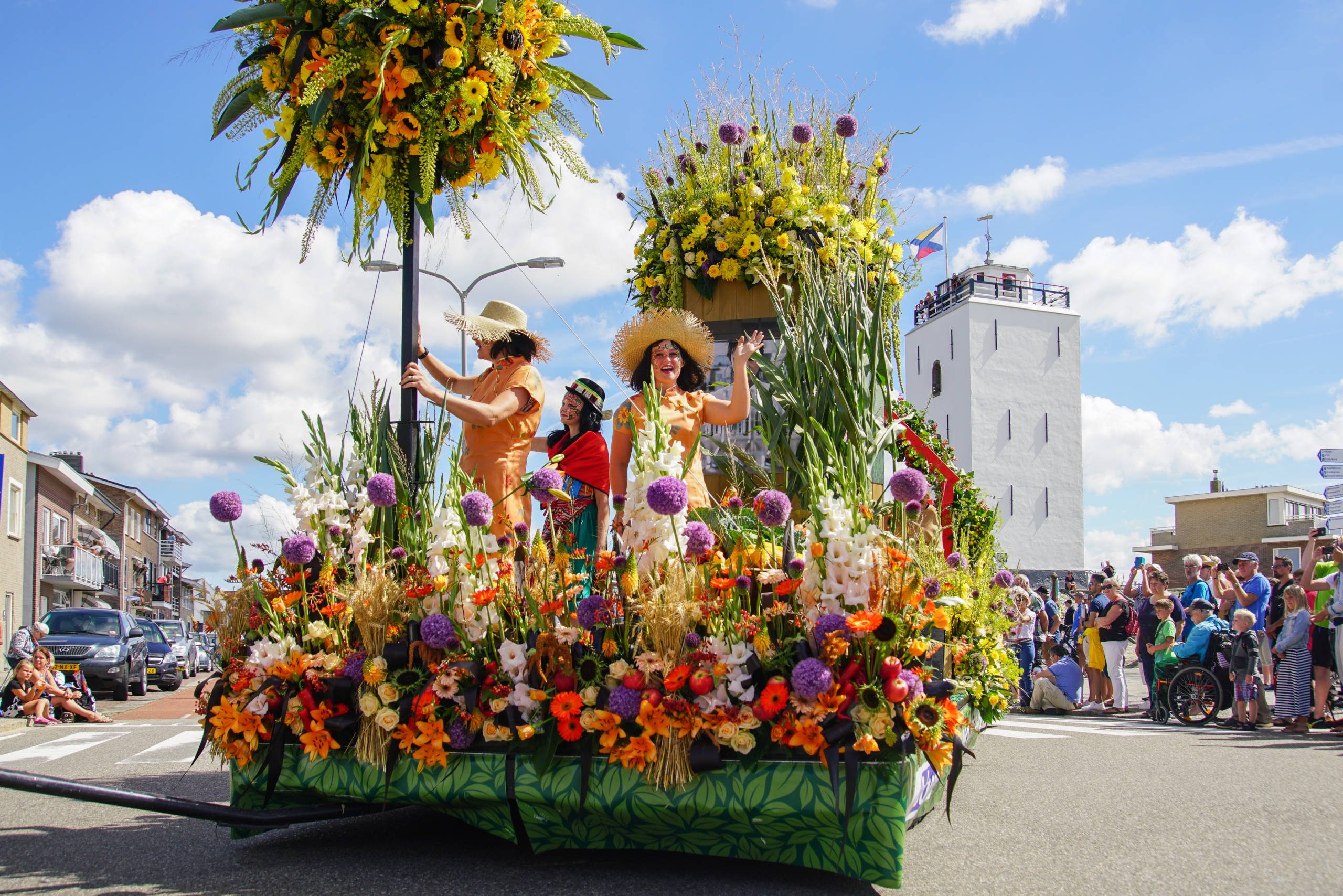 RIJNSBURG, Netherlands: Decorum’s entry at the annual Rijnsburg Flower Parade promises to be a showstopper.

Decorum, a Dutch alliance of flower and plant growers, is almost ready for the  75th edition of the Flower Parade Rijnsburg. The event is expected to draw thousands of people to Rijnsburg, and will depart from Rijnsburg on 13 August.

This Friday, Decorum’s floral arrangers are to put the finishing touches to a bus that will be elaborately decorated with a wide variety of flowers and plants.  Anthurium, Kentia foliage, Freesia, Iris, Plumeria, Curcuma and Germini will be one of the stars of what has become an important fixture in the Netherlands’ summer calender.

After an unavoidable two-year hiatus due to the pandemic, the Flower Parade Rijnsburg is finally back. Crowds will watch over 250,000 flowers on floats and cars. Dancing and singing actors on every floral float. Add to this the marching and brass bands on the musical vehicles, and the conclusion is a vibrant Flower Parade Rijnsburg 2022 (August 12-14).

This year, the ‘It’s party time’ theme will provide decorating inspiration for 70 floats, cars and vehicles that will roll from Rijnsburg through Katwijk to Noordwijk on Saturday, 13 August. People can see the showcase of floats up close along Katwijk’s boulevard on Sunday 14 August.

Celebrations will begin on 12 August when people are offered a sneak preview during the Flower Parade Show at Royal FloraHolland Rijnsburg.

Now in its 75th year, Flower Parade Rijnsburg ranks among the country’s oldest floral events. Recent recognition by UNESCO added to the festive mood, which awarded Dutch ‘corsos’ with intangible cultural heritage status at the beginning of this year.