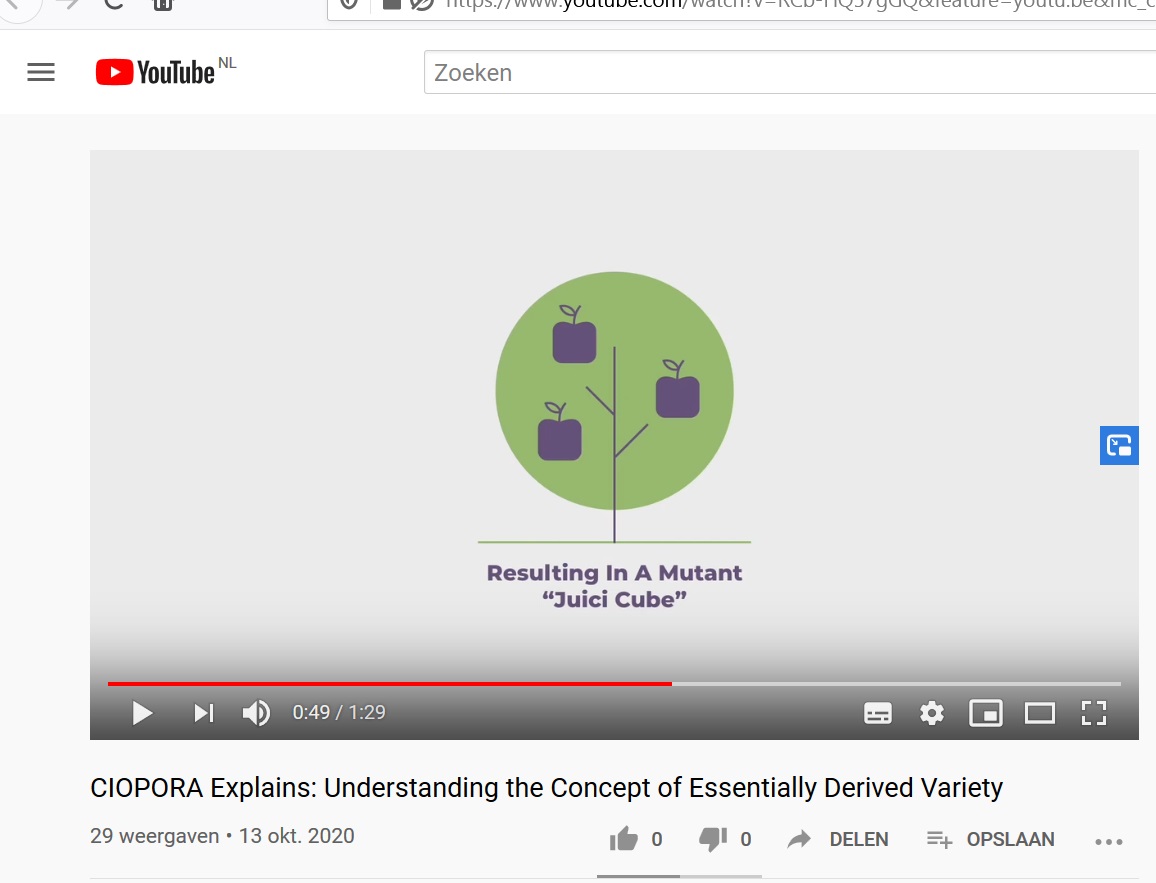 Commenting on the short movie CIOPORA Secretary-General Dr Edgar Krieger says, “The EDV concept is one of the cornerstones of the UPOV system and one of CIOPORA’s immediate advocacy goals is to clarify the concept in UPOV. “The purpose of this explainer video is to break the barrier of the legal complexity and explain to the green sector at large why everyone involved in horticulture should be informed about and concerned with the issue of EDV.”

On October 30, 2019, at its 76th meeting, the UPOV Administrative and Legal Committee (CAJ) voted to open the UPOV Explanatory Notes (ExN) on Essentially Derived Varieties (EDV) for revision.

The move, highly anticipated by the breeding sector, came months after an alliance of breeder organizations, including CIOPORA, CropLife, ISF, Euroseeds, APSA, AFSTA, and SAA, had raised concerns about the narrow EDV concept interpretation in the UPOV ExN. In alliance’s view, the narrow EDV interpretation may “… greatly endanger the breeding incentive and could possibly lead to a diminution of (…) breeding effort…”. The main goal of the advocacy effort is to achieve a sufficiently broad EDV concept at the UPOV level that will provide clear and unambiguous rules for the establishment of dependency between an EDV and its Initial Variety. The revised UPOV ExN on EDV should affirm EDV’s predominant derivation from its initial variety and that important modifications in the characteristics of an initial variety do not exempt a new variety from its EDV status.

The video “Understanding Essentially Derived Varieties” is available for sharing and embedding from CIOPORA’s Vimeo, Youtube and its social media channels.