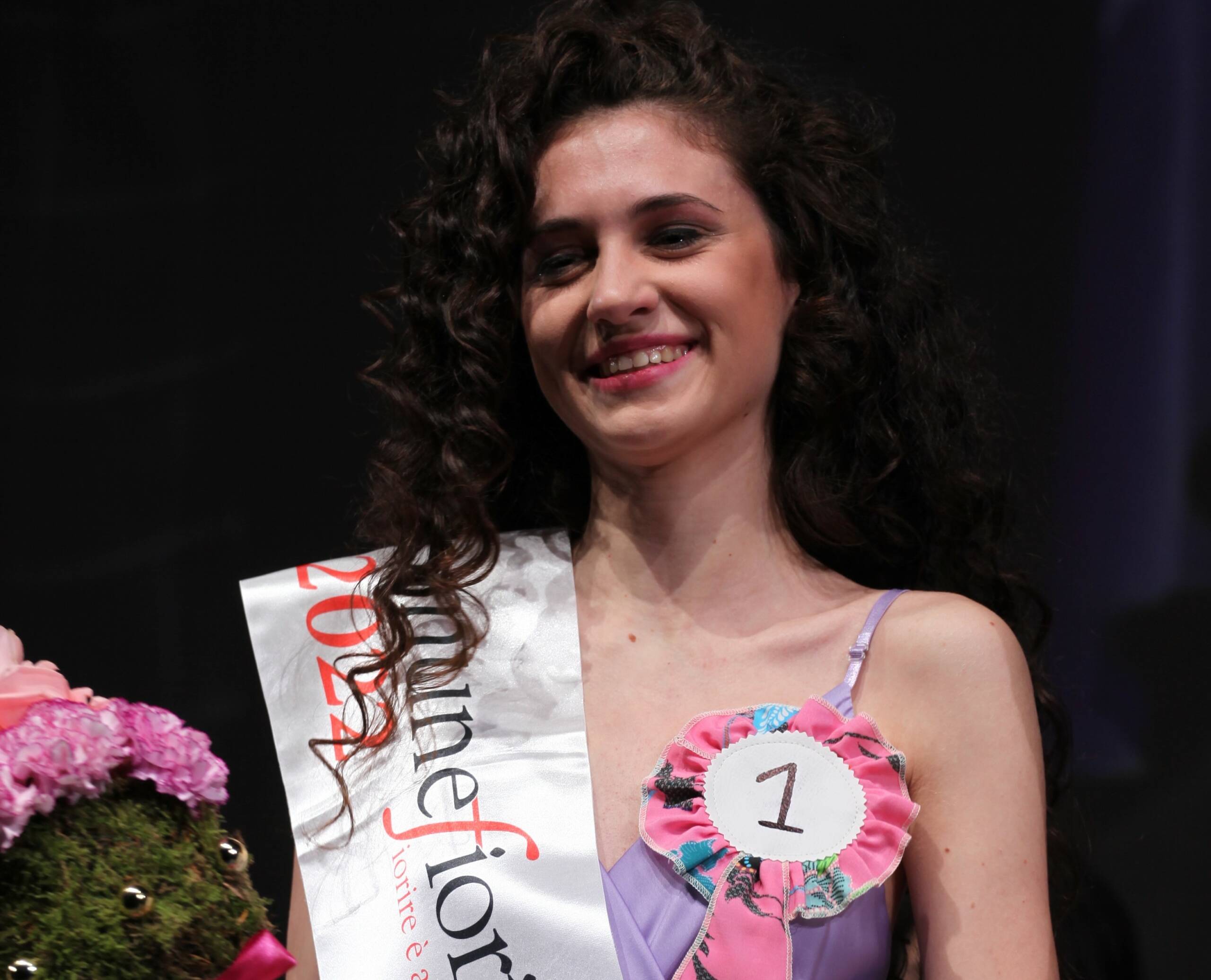 Sofi Tandin has been crowned winner of Asproflor’s 2022 Miss Comuni Fioriti (Miss Communities in Bloom) in Bologna on Saturday 12 November 2022.

Sofi Tandin represented here hometown of Porto Viro (Veneto) in Asproflor’s beauty pageant, one of the annual side events held at EIMA’s machinery show in Bologna. Asproflor is the trade association for ornamental horticulture in Italy’s north-western Piedmont region. 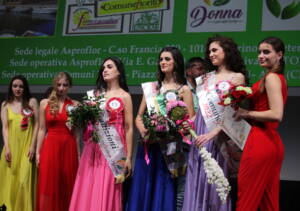 The pageant’s second and third runners up were Maria Schellino from Alba (Cuneo) and Sandra Fadda from Sorradile (Oristano), winning the titles Miss EIMA-FederUNACOMA and Miss Donna Tradizioni, respectively.

Sergio Ferraro, national president of Asproflor, said, “Flowers are associated with beauty. The emphasis of Miss Comuni Fioriti is naturally on beautiful girls but also includes helping, supporting and promoting local communities. As such, the traditional dress round is always much antipicated.”

Bloggers Rosanna Turina and Enrico Leva were the event’s hosts. ‘Peace’ was the beauty pageant theme, and it was highlighted when all 13 contestants appeared on stage in colourful evening gowns reflecting rainbow colours of the Peace Flag.  Cooperativa 3 Ponti from Sanremo sponsored the flowers.

Asproflor was established in 1980 and has played a pivotal role in advancing, protecting and promoting the industry. In 1996 and 2018, it helped to build Piedmont’s regional pavilion at Euroflora. The same task awaited them this year at the 2022 AIPH-approved Euroflora show, which took place between 23 April and 8 May 2022 in Genoa, Italy.

In 2004, Asproflor launched an annual Community in Bloom competition in Italy, reminiscent of the first community gardening project born in Austria a century ago.

Between 2007 and 2019, Asproflor was a member of Entente Florale, an initiative of the Association Européenne pour le Fleurissement et le Paysage (AEFP) – the European Association for Flowers and Landscape. The overall aim of this international, non-profit association today is the social and cultural development and enhancement of the quality of life of urban dwellers, primarily through landscape development and horticulture. To support its aims, the Association organises an international competition known as Entente Florale Europe in order to promote a greener and more pleasant environment in European towns and villages and establish international contacts among the participants.