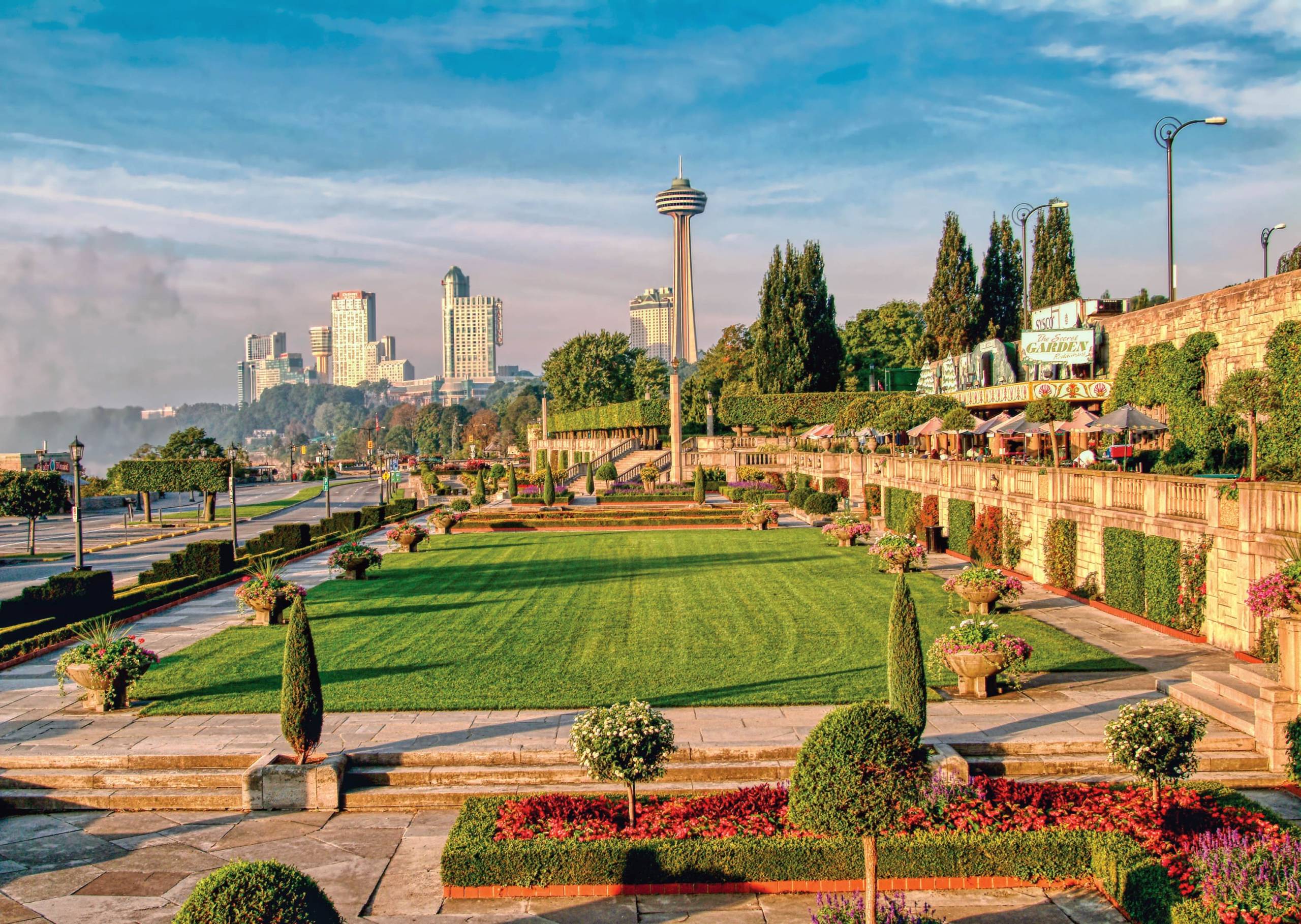 Niagara Parks’ Botanical Gardens is located on the scenic Niagara Parkway and the Great Gorge, just a 10-minute drive north of Niagara Falls.

“Live the Garden Life” is a cheery New Year’s Resolution, and it’s also the Canadian Garden Council’s call-to-action kickstarting its momentous Year of the Garden (YOTG)/Année du Jardin 2022 – the first of its kind in the world, reports Rachel Anderson for FCI in the January 2022 edition.

A year-long series of events and social media activities are in store for Canadians as its YOTG 2022 campaign celebrates the centennial of the country’s ornamental horticulture sector.

It all started in a burst of post-war activity in 1922, the Canadian Nursery Landscape Association (CNLA) began, and so, too, did the Canadian Horticulture Council (representing fresh produce). That same year also saw the first Royal Winter Agricultural Fair in Toronto. 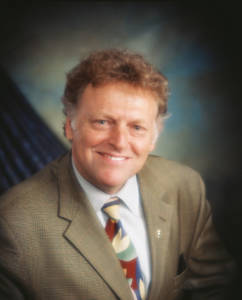 Michel Gauthier is executive director of the Canadian Garden Council and one of the driving forces behind Canada’s Year of the Garden (YOTG) campaign.

Michael Gauthier is the Canadian Garden Council executive director – a not-for-profit corporation founded in collaboration with the CNLA to promote Canada’s prolific gardeners. He is also the organiser of this year-long celebration.

Gauthier’s experience in major event management has seen him organise Ottawa’s annual Winterlude festival (featuring the world’s longest ice rink); and the annual Canadian Tulip Festival. With YOTG, he explains: “We started thinking: ‘Do we want to organise a big event – or do we want to just position, profile, and support everything that’s happening in what we call the Canadian Garden-Family? So, we opted for the latter approach, and that’s when I proposed: ‘Why not proclaim 2022 the Year of the Garden in Canada and make it a year-long celebration?’”

He adds: “We want Canadians to embrace this campaign and make it easy for them to participate and contribute to building back better and greener post-pandemic. We also want all the gardens in Canada – private and public – to be a part of it. Every Canadian who has a garden can sign up to be a YOTG 2022 Celebration Garden.”

Canadians are being encouraged to Live the Garden Life in whatever fashion they can feasibly do so – be that, for example, planting a vegetable patch, visiting a garden attraction, or installing a colourful window box on their balcony.

Encouraging Canadians to ‘Live the Garden Life’ is one of the three main streams of the campaign, supported by founding partners Scotts, Premier Tech, Proven Winners and other industry sponsors and partners. The second stream celebrates the country’s horticulture heritage while the third focuses on leaving a legacy which, said Gauthier, “will make the Garden-Family strong and better positioned in future.” 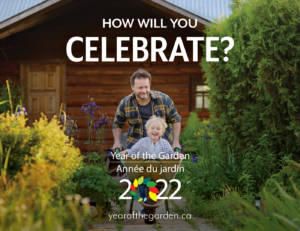 With the country’s horticulture heritage in mind, Canadians are being encouraged to ‘plant red’ (with red being its well-known national colour) to show their Canadian garden pride. This glowing public spirit will offer growers and garden retailers, for instance, many promotional opportunities as they inform customers of red plants and bulbs they could purchase. Gauthier says: “When you look at the Garden-Family, there are many branches to the tree – and we want to embrace everyone. We want them to celebrate and to look at how they can also engage with this campaign.”
In addition to red-coloured plants and petals, The YOTG 2022 will celebrate Canada’s many native plants and provide growers with the opportunity to inform the Canadian public about them. “What is a native plant for those who haven’t discovered them – what are their benefits, and what are the varieties?” suggests Gauthier.

The campaign is also commemorating Canada’s horticulture heritage through ‘Canada’s 100 Garden Moments,’ highlighting the achievements and leaders who have helped shape Canada’s garden culture. A YOTG 2022 commemorative book is currently in production to profile the country’s garden heritage and celebrate its garden experiences.
Moreover, the country’s present ‘Horticulture Heroes’ will be honoured. Canada’s not-for-profit organisations linked to gardening will select their own Canadian Garden Hero, namely, someone in their group who contributes over and above what is required or crucial to that organisation’s sustainability.

Looking to the future 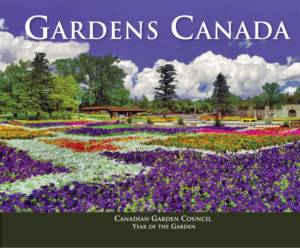 A YOTG 2022 commemorative book is currently in production to profile the country’s garden heritage and celebrate its garden experiences.

As part of this special year, the council also wants to ensure that every school in Canada has a garden experience in which its pupils can enjoy nature. “We have 15,000 schools in this country, and we don’t know how many of them have a garden. And there isn’t a place where a teacher, pupil/student or parent can say: ‘I would love my school to have a garden experience – where can I go to get information on this?’ So, we are creating a school garden resource guide.”

The garden council is campaigning for every healthcare facility in Canada to have a garden experience that its patients or clients can enjoy. In a similar vein, the council has set up a committee with the Canadian Horticultural Therapy Association that each week will put out a garden therapy invitation to Canadians to suggest: “Why don’t you do this? It will be good for your health.”
Furthermore, Canada’s municipalities (towns and cities) have the opportunity to proclaim 2022 as The Year of the Garden in their city. “And we are asking them to celebrate our National Garden Day on June 18 and to make a commitment to be a garden-friendly city,” says Gauthier.

He continues: “We already have 20 cities signed up. Our goal would be to have a living-green city model where, over time, we could assess cities to see how garden-friendly they are. And if/when they reach a certain level, they could declare: ‘I am a garden-friendly city.’”

Indeed, Canada’s Garden-Family has a busy year ahead, but – as the many benefits of gardening are increasingly acknowledged – it is hoped that their celebration could form a model that could be adopted by other countries wanting to have their own #YOTG celebration. 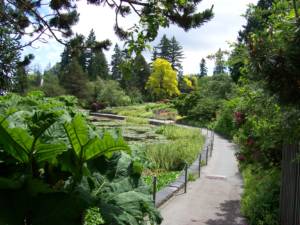 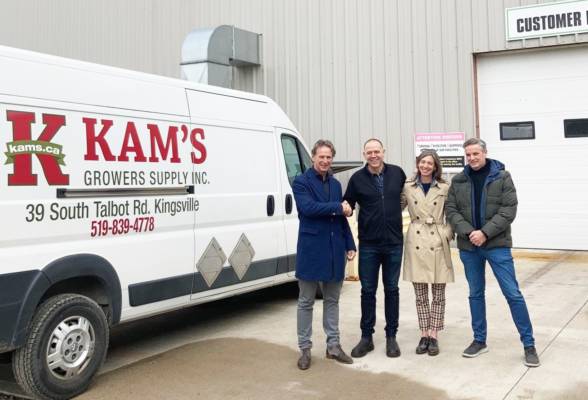 ’s-GRAVENZANDE, Netherlands., GUELPH, Canada:  Royal Brinkman and Kam’s Growers Supply have joined forces to grow their businesses and offer an…

COP26 discusses the value that plants bring in sequestering carbon 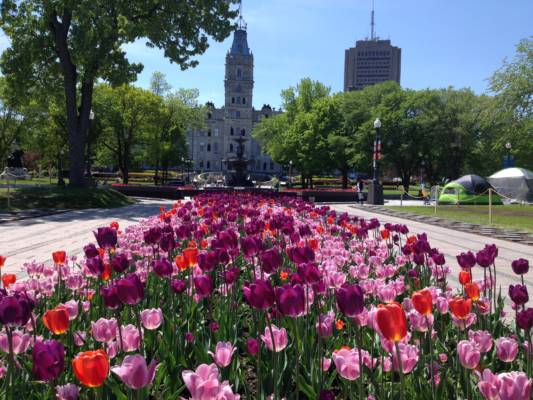 The Canadian Garden Council proclaims Year of the Garden