UK poinsettia production is surprisingly ‘on track’ this season 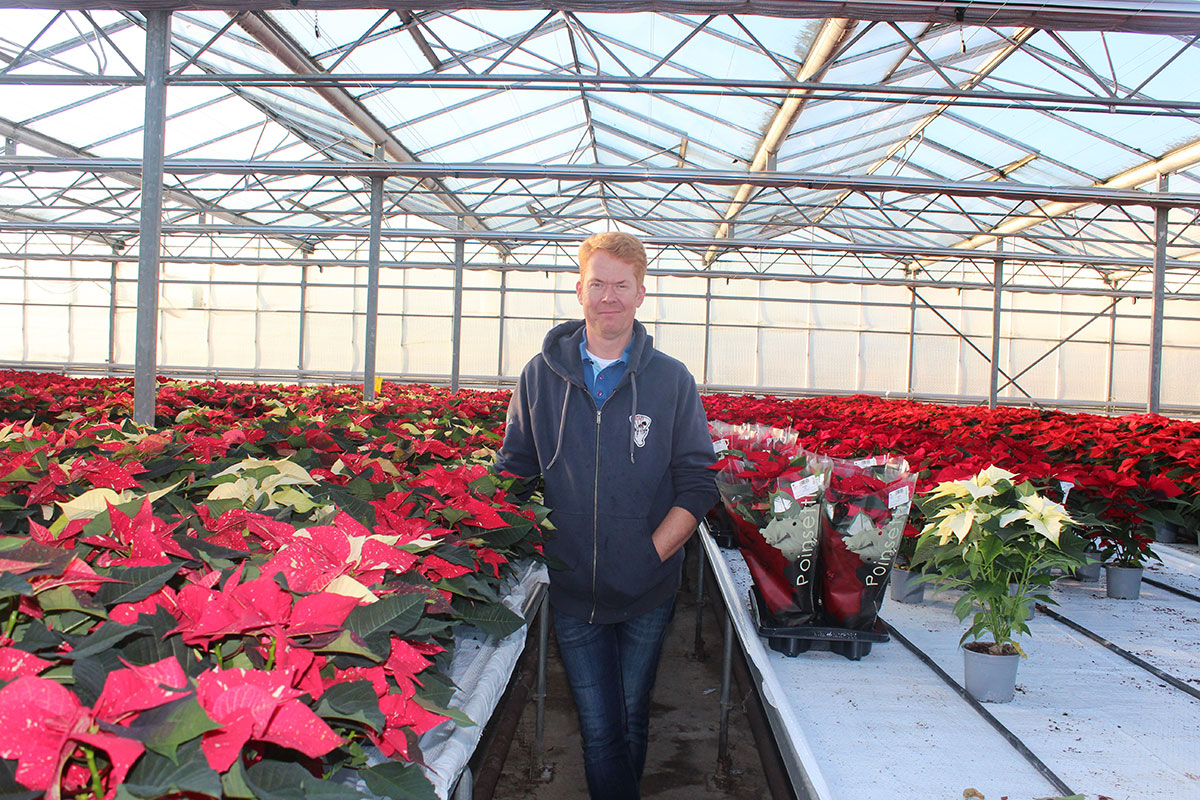 Grower Ian Mills of Creswick Nursery near Dartford, Kent, asserts that there’s been “good demand for poinsettias this year.

The poinsettia market has been “amazingly stable” this year, with coloured varieties enjoying increasing success; however, inflated energy prices mean that cost-efficient heating systems are essential, writes Rachel Anderson in the December 2021 edition of FloraCulture International.

The poinsettia market in the UK has been surprisingly stable this season, with demand being on a par with previous years. However, sky-high energy prices have meant that only those growers with up-to-the-minute heating systems have invested in this seasonal favourite.

Fortunately, demand has been steady as consumers continue to find Christmas cheer in traditional reds and, increasingly, newer colours such as pinks, whites and marbles. 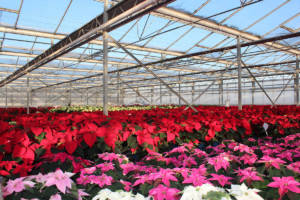 Grower Gary Woodruffe of Bordon Hill Nurseries in Stratford-upon-Avon, Warwickshire, says: “We grow 400,000 poinsettias a year for several of the UK’s big supermarkets. So far this year, demand has been quite steady – on a par with previous years. We have a [production] programme that we follow – we have a certain number of plants going out each week and, at the moment, we haven’t adjusted it.”

He adds: “Growing wise, it’s been a good year – the plants came in via Holland very happy and pest-free. We have had a good supply.”
Woodruffe notes that the majority of the firm’s poinsettias are grown using heat from a biomass boiler. “On our other sites, we are using gas, but we have thermal screens in place, and we are careful not to waste energy. It’s not a crop that you can grow ‘cold.’ There are ‘cold’ varieties out there, but at the end of the day, it’s a Christmas plant and the retailers like those bracts, so we do have to push things to bring out the red.”

“The way the energy has been for the last couple of decades, we have had to tighten our belts. We’ve had to reduce the amount we grow. And if a greenhouse doesn’t have a thermal screen in it, then you cannot use it to grow poinsettias.”. 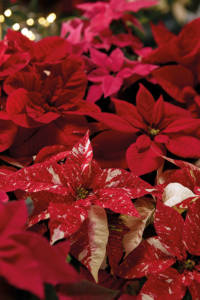 George Lisher, director of Cobbins Nursery and Highdown Garden Centre in Worthing, West Sussex, also heats his poinsettia crops using biomass boilers. He says: “It’s normally a fairly high-cost crop and the returns are not too high. I think possibly the high energy costs are tipping the balance for a lot of people.”

Lisher produces 200,000 poinsettias a year for garden centres across the UK and has also had a good year growing. “It’s been fairly smooth – no issues at all. Everyone is always worried about Bemisia, but we haven’t had any this year.” He points out that he plans his poinsettia crop well in advance to give propagators ample time to prepare the order.

He adds: “Demand is very similar to previous years. It’s amazingly stable, and, at the moment, everything is on track.”.

Grower Ian Mills of Creswick Nursery near Dartford, Kent, also asserts that there’s been “good demand for poinsettias this year.” He produces 20,000 poinsettias a year for garden centres and has installed a water-source heat pump on his nursery this season. “If we were still on our old system (boilers run on oil), I would be looking at whether growing poinsettias is viable over the next couple of years.” 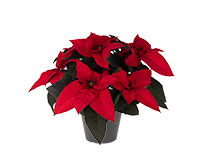 Syngenta Cabernet (top), a velvet colour with dark leaves and stems that can be grown with most of the standard red varieties. 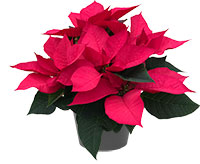 While red is consumers’ favourite colour for this festive crop, they increasingly buy coloured varieties in the UK.
Gary Woodruffe notes that 6-7 per cent of Bordon Hill’s crop is made up of coloured varieties. “Demand for these has increased – not massively, but two of the big UK supermarkets are now introducing the colours into their range, which is nice. We grow two whites, a pink and a marble.”

Cobbins’ George Lisher reveals that 27 per cent of his crop is made up of coloured cultivars, including white, pink, yellow, marble, and glitter – the latter of which is becoming increasingly popular. “We are growing Princettias for the first time as well. Garden centres can never compete with the supermarkets on price, so they have to offer something slightly different,” he explains.

Ian Mills adds that 30 per cent of his crop is either white, glitter, orange or pink. UK growers’ key poinsettia suppliers to the UK include Syngenta, Dümmen Orange, Beekenkamp and Selecta One. Each of these companies continues to develop cultivars that meet the requirements of consumers, retailers and – notably – growers.

Poinsettia breeder Silvan Kamstra confirms that, whilst red remains people’s firm favourite, coloured poinsettias are growing in popularity – particularly in the United States. With this in mind, Syngenta is developing both traditional red cultivars and coloured varieties. “We are working on all of them,” he notes. This year, Syngenta’s newest introductions include Hubba Bubblegum – a pink colour that can be grown alongside most of the 7-8 week varieties – and Cabernet, a velvet colour with dark leaves and stems that can be grown with most of the standard red varieties.

He also points out that: “We are always trying to add value for growers. So, for example, we developed the red variety ‘Mirage’ as a plant that has low PGR requirement – something that’s unique to this variety.”

Kamstra also echoes the thoughts of UK growers when he says: “I believe that poinsettias’ market position in Europe is very strong because it has a winning position. The market is very stable at the moment.”.