Portugal has the right conditions for a growing market 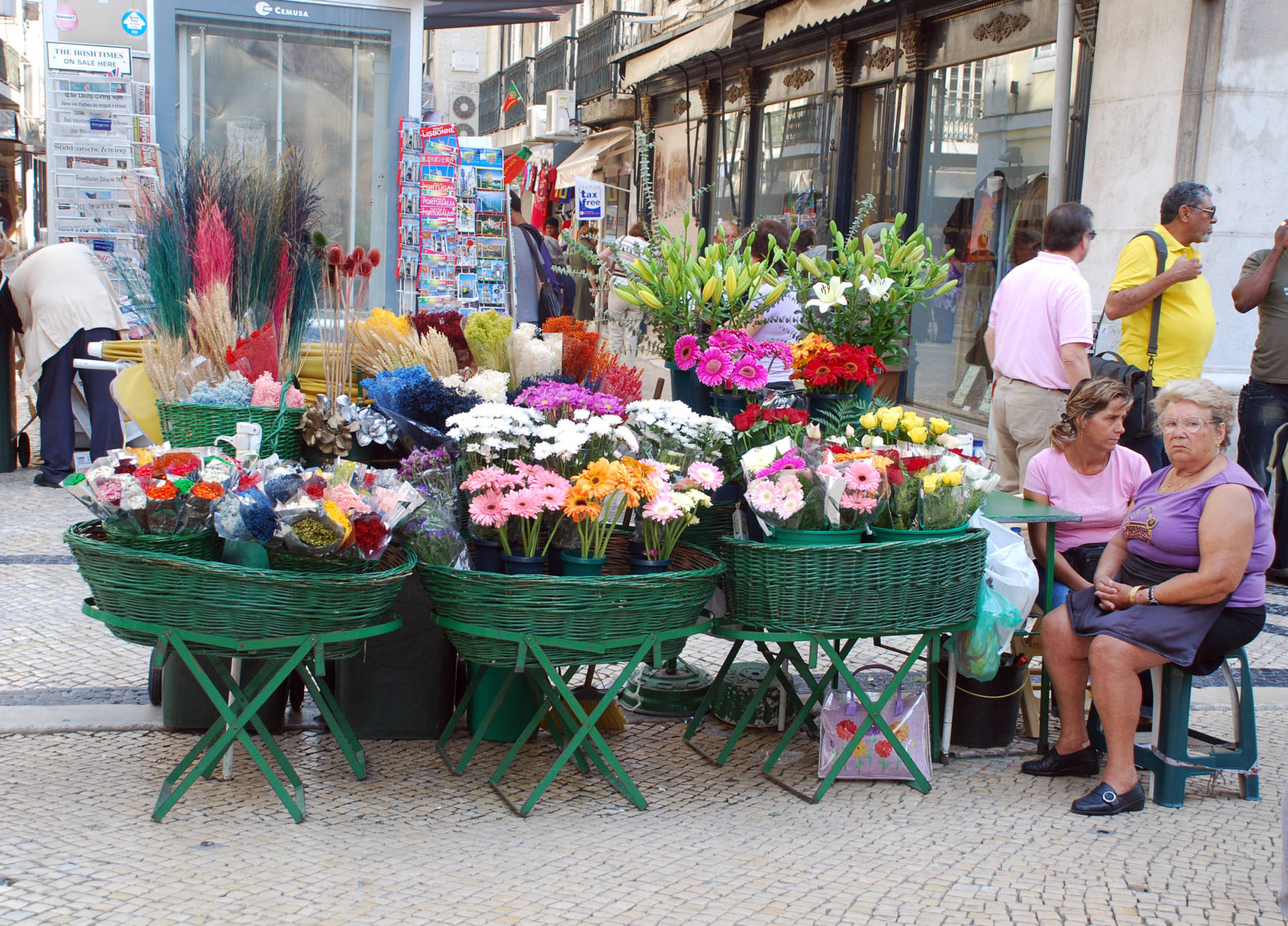 “Lisbon, Portugal – September 29, 2009:Outdoor fresh flower market on Lisbon Augusta street. There are many beautiful and cheap flowers at this market.”

Reporting on Portugal’s domestic production, including figures is not an easy task as reliable data is limited and not always readily available. That is why FCI is happy to have teamed up with the country’s leading trade association for ornamental horticulture, APPP-FN.

Established in 1982, the Portuguese Association for Ornamental Plant and Cut Flower Producers (Associação Portuguesa de Produtores de Plantas e Flores Naturais) is the most potent voice in Portugal’s ornamental horticulture industry. It has 400 members that span across the production chain. This list includes producers of nursery stock, garden plants, houseplants, cut flower and cut foliage, in total representing more than 80 per cent of Portugal’s ornamentals production.

The primary purpose of the association is to raise the profile of Portugal’s ornamentals sector, to elevate a dynamic industry by transforming the environment in which growers operate and by defending its members’ interests.

Since 1987 APPP-FN organises its annual trade show Lusoflora that is known for being Portugal most significant trade exhibition for ornamental horticulture. It serves as the ultimate showcase for new products and services and as a platform to share knowledge, friendships and research findings. In 2019, the 32nd edition of the Lusoflora show took place in Santarém from 22-23 February, attracting 73 exhibitors and 750 trade visitors.

According to APPP-FN’s president Victor Araújo and horticultural scientist Paula Vilanova there are an estimated 1,010 agricultural holdings in the country that dedicate themselves to the commercial production of flowers and plants. APPP-FN stresses that this official figure is part of a much broader, nationwide census carried out in 2012 by the Instituto Nacional de Estatística (INE).

That same data reveals that Portugal has 1,365 ha dedicated to ornamental horticulture, of which 564 ha is used to cultivate cut flowers, 185ha for cut foliage and 617ha with ornamental plants.

In 2019, the total sales (turnover) of Portugal’s flower and plant industry was an estimated 602 million euros.

Located on the western coast of the Iberian Peninsula, Portugal has its proud heartland of cut flower production: the Alentejo region, situated in the southern part of the country. Montijo and neighbouring Alcochete are blessed with a benign climate and good soils and are located on the left bank of the Tagus and minutes from Lisbon. Both towns are the region’s most significant cut flower production clusters.

In the Centro region (Região do Centro) or Central Portugal and the Algarve, the most southern part of the country, the fertility of the soil and the climate provide ideal conditions for growing nursery stock and Mediterranean exotics

In terms of land prices, it is not so much the land as the location that adds value. The area in the interior is the most affordable. The Portuguese government created The National Land Exchange, managed by the Ministry of Agriculture.

The purpose of this instrument is to facilitate the access to land through its provision – particularly when it is not being used – as well as through better identification and promotion of it on offer. The land exchange makes land with agricultural aptitude owned by private entities, the State, local authorities, or any other public bodies, available for lease, sale, or other trades.

The sector is a significant employer with an estimated 5,000 people directly employed on a full-time equivalent (FTE) basis. This data includes both unpaid and paid labour.

A Portuguese flower farm employs on average five to six people per hectare. The production of ornamentals is a labour-intensive activity. In Portugal, skilled labour is usually well-paid, but it is hard to recruit agricultural workers, especially near the big centres. Women represent half of a company’s workforce in this sector. APPP-FN estimates that wages represent 40 to 45 per cent of the flower farm’s turnover. 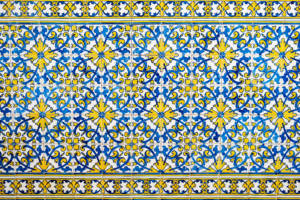 The primary focus of Portugal’s flower and plant industry is on domestic sales. APPP-FN sees a change. Over the past few years, a number of Portuguese growers have unveiled ambitious and dynamic strategies to conquer markets abroad. It is worth mentioning that 12.2 per cent of flowers and ornamental plants were exported in the first quarter of 2020. But then the coronavirus pandemic started to rapidly spread across Europe followed by a sudden and dramatic drop in consumption leaving companies with the hard decision to compost a significant part of their production in situ. We all know that this not just happened in Portugal, but basically everywhere in around the world.

In terms of  Portugal’s cut flower imports, the primary markets of origin are The Netherlands (47 per cent, Spain (34 per cent), Italy (8 per cent) in 2018. They represent 89 per cent of the total of imported ornamentals into Portugal. Below is the current tabulated data.

In providing some key facts and figures in terms of export values, export volumes and export destinations, APPP-FN outlines that last year, the export value increased from 78 million euros in 2018 to 96 million in 2019 – an increase of 22 per cent. The main markets are Spain, France, Germany and the UK. The trade association holds a firm belief in the country’s export potential, stating, “This sector was registering impressive growth and it can continue to grow and increase export sales. However, it is a fragmented sector with a low concentration of production. The problem is also that small-sized businesses dominate Portugal’s ornamental horticulture landscape.”

Among Portugal’s top cut flower crops in 2019, are Protea as the most representative cut flower, followed by the rose, carnation, gladiolus, Lilium, gerbera and chrysanthemum.

The strategy used by most nurseries (young plant businesses, plant nurseries and flower farms) is to produce a ‘mix’ of species /varieties to avoid seasonality. National producers have registered an evolution towards higher plant quality, greater diversification of products and markets, and better consumer information.

The way to market 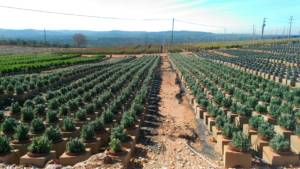 In terms of the market, the commercialisation of cut flowers is dominated by wholesalers and that of ornamental plants by gardening centres, however, sales to the mass market continue to grow both for cut flowers and potted plants.

This market segment can use a better organisation of production, logistics and marketing to increase dimension and to compete in the internal and foreign markets.

There is no ‘Dutch-style’ flower auction in Portugal, although in the past a group of Montijo-based flower producers looked seriously into that business model. 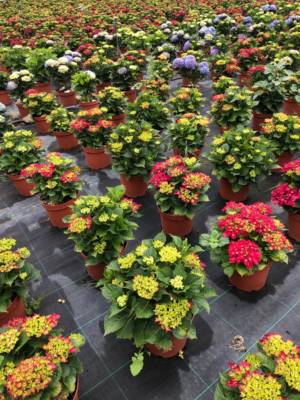 Exploring the geographic concentration of the sector further, the current production concentrates in Alentejo, Algarve and Entre Douro e Minho, close to the coast, where the climate is milder and the location is closer to the main centres of spending such as Lisbon and Porto.

Montijo/Alcochete has evolved into the country’s largest gerbera producers, with around 200 ha of greenhouses. Combined businesses have an output of half a million stems per day – of which 15 per cent is exported. The production area in Montijo has stabilised in recent years. Still, there have been gains in production and quality because of investments in new infrastructures and technologies (e.g. hydroponics, taller greenhouses with metallic structures and improved climate control). However, production remains limited in the winter period due to low temperatures and economic limitations (heating installation and maintenance costs).

Important to add is that in the archipelagos of Madeira and the Azores, ornamental production is also significant and is partly export-orientated. In the Azores (Terceira), there is an organisation of 17 flower producers (32 ha) producing floral products from the family of Proteaceae, mainly sold to the Dutch market.

The young plant business has suffered some changes in the last 10 to 15 years in Portugal. The appearance of two specialised propagation companies allowed the market to be more organised (and specialised), with more access to quality material at affordable prices. This factor allowed the appearance of more specialised and more efficient producers, some of which are exporting to various European partners (Spain).

In Portugal, the date of 25 April, is celebrated in memory of the 1974 military coup in Lisbon which overthrew the authoritarian Estado Novo regime. Red carnations sell on this day as a symbol of that revolution.

In terms of the home market, it is necessary to raise awareness among the public about the values and benefits of ornamental horticulture in terms of economy, environment, biodiversity, health and well-being.

In the past few years, there has been stagnant spending on the internal market for garden plants and cut flowers, due to a decrease in public and private gardening and a stabilisation of expenditures for flowers. Prices have been stagnating for a decade on the entire sector, although there was an increase in costs factors of production.  In the last two years, the economic situation of the country has been better, and that reflects on internal spend.

The latest known data based on Portuguese spending habits on cut flowers was from 2016 when the national spending per capita was: flowers and foliage 15 – 20 € and ornamental plants 8 €. It has increased a little bit in the last few years. 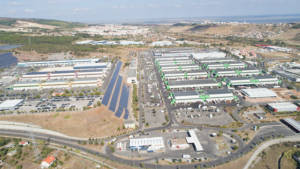 Commenting on the profitability of Portugal’s floriculture and nursery stock business, APPP-FN says that the production of improved ornamental species is still minimal. New gerbera and camellia cultivars with better looks, shelf life and disease resistance are some of the exceptions. Also, the participation of Portuguese business groups in European breeding programmes (Cupressus sempervirens) helps to increase profits.

The use of new cultivars which are more resistant to pests and diseases, and have different colours and shapes, as well as good quality nursery material (certified variety or cultivar, guaranteed health, well-rooted, hardened), are essential to the success of ornamental production. They minimise post-plantation losses and replanting and limit excessive heterogeneity, ensuring better growth and higher yields per unit area.

Meanwhile, transport within Portugal is a high cost to growers. The prices are fair, but the routes are insufficient. Some producers have set up a road distribution system. 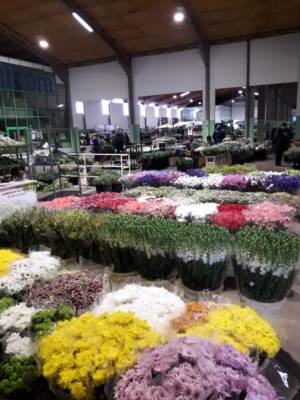 Inside the 5,000m2 Mercoflores wholesale market in Folgosa, 12km north east of Porto.

Looking to the future, APPP-FN surmises that numerous factors can condition the future even with the crisis. “Having flowers at home, and gardening has shown to be an essential activity in people’s lives, and we hope that will continue. The concept of gardening and the use of it is continually evolving, and it is up to the producer and the entire industry to support the change.”

The future depends on greater cooperation between different sector parties. This action will allow not only gains in business dimensions but also the ability to share knowledge, which can improve the competitiveness of the sector.”

The  Portuguese climate favours ornamental production and the nursery sector can grow and export more. However, the constraints to consider are environmental (climate change, water scarcity and limitations in the use of organic substrates) and economical (increase in fuel prices and factors of production, and price stagnancy in the intern market).

APPP-FN concludes, “The future depends on greater cooperation between different sector partners. This will allow not only gains in business dimension but also the ability to share knowledge, which can improve the competitiveness of the sector.”

With the kind collaboration of Victor Araújo, president APPP-FN and Paula Vilanova, a horticultural scientist at APPP-FN. 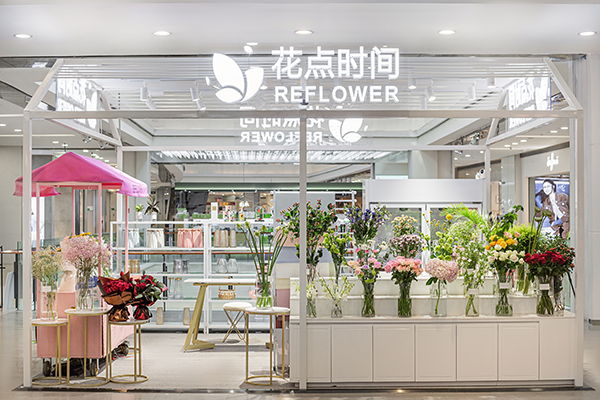 Half a decade of flower e-commerce development in China

Zhu Yueyi, Jia Lan and Liu Minjia drive one of China’s largest flower subscription delivery businesses from their headquarter in…