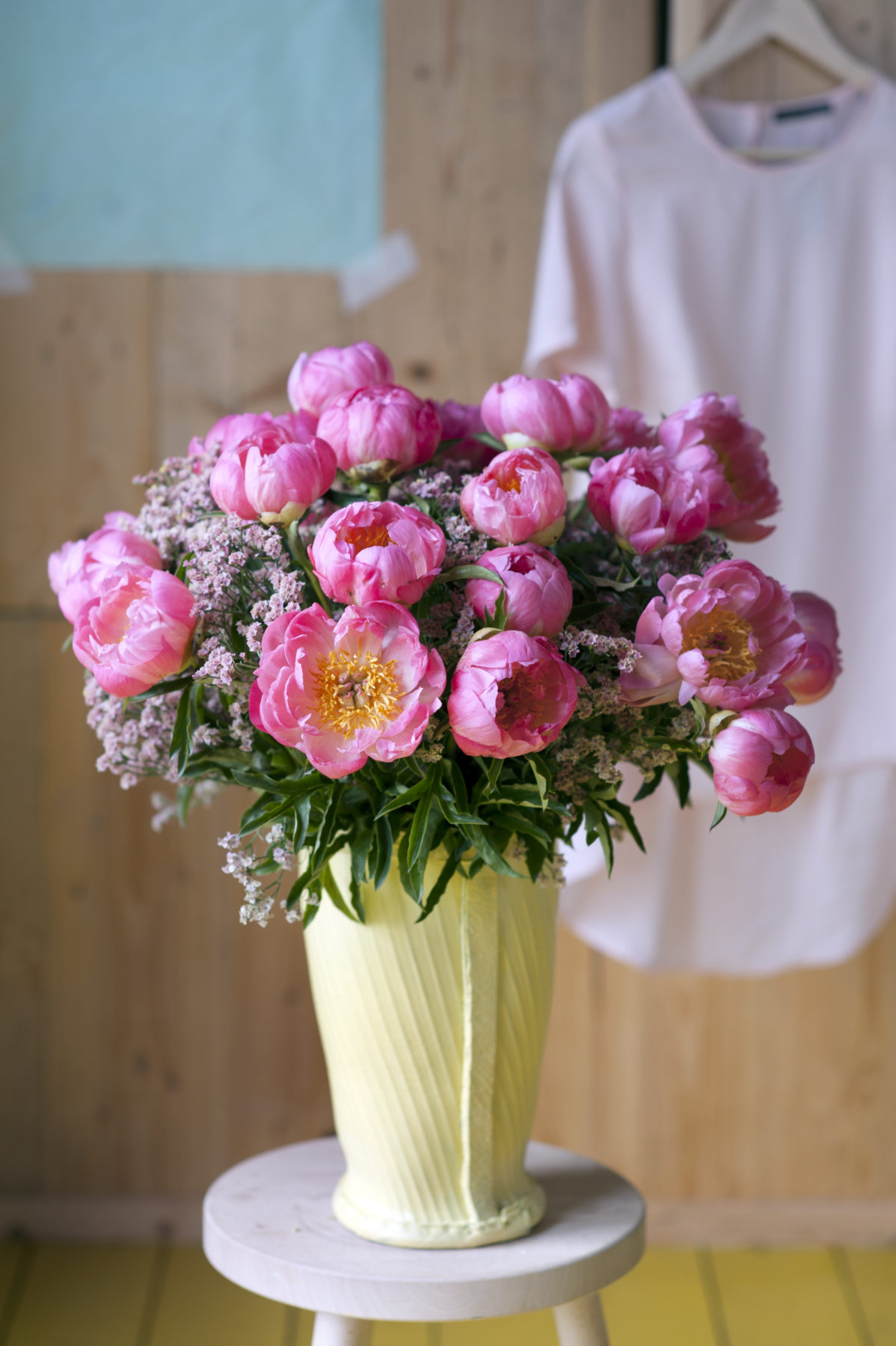 Most flowers are sold in mild European and Northern American climate zones. But for various reasons flower production has globalised. This goes for year-round crops like roses and carnations, but also for seasonal flowers. Stretching the peony season has made these flowers available the world over. They can be found in Morocco and Alaska.

“In Morocco we start harvesting in early April. Gradually we start at our French location continuing into the third week of June.

Both in France and in Morocco we grow at an altitude in the mountains where the climate is ideal for peonies (especially lactiflora). Peonies flourish when subjected to alternation of hot and cold. The Dutch climate has relatively little fluctuation, but given Morocco’s altitude, day and night time temperatures can differ considerably. I would say many of my peonies flower better than those grown in greenhouses up north. On top of that, we can produce them at a favorable price.

The major problem of growing in Morocco is the distance to market. Due to the free trade agreement between the US and Morocco, the American market is our target market. Since there are certain issues to be resolved, all of our flowers are now marketed by Royal FloraHolland Aalsmeer from which they are transported by air. When volumes increase we could start transporting by truck. However, it takes a truck 48 hours to get to Holland.

In Morocco you must pay close attention to the details. In Northern Europe the direction in which you plant makes no difference. But in Morocco (where temperatures can be very high) the planting direction can make a lot of  difference. But all in all growing Peonies in Morocco isn’t much more complicated than doing so in Holland or Germany.”

Ron Illingworth of North Pole Peonies is President of The Alaska Peony Growers Association, a group of growers trying to develop peony growing in Alaska.

“Growing peonies here started when some people visited Georgeson Botanical Gardens and commented on the peonies which were blooming in July. We saw the advantages of lengthening the season. Alaska has worldwide transportation hubs within a half hour driving time of most growers. So far-away markets are within reach by Alaska Air, FedEx and UPS.

Growing peonies up north can have its problems. The extreme cold can kill roots unless there’s enough snow cover to insulate them. We do not know much about growing in Arctic temperatures, about how to protect the plant, about how to nourish them. And since governmental help is scarce, we have to figure these things out ourselves through farm research and the sharing of information.

We’ve only just started as peony growers, so we primarily produce for the domestic market. At present there are about 75 peony growers in Alaska. Together they produce over 100,000 stems. In a couple of years we will scale up to 1million stems. Our farms are still young and the plants are still maturing but there are solid plans to expand and the market opportunity is clearly there.

I co-operate with colleagues in the Alaska Peony Growers Association and in doing so we boost quantity and ensure quality which makes us more desirable  to  our clients. If a member has a problem, there are numerous colleagues that can help. Our flowers’ quality is our top priority.  We want our customers to have the best flowers possible.”