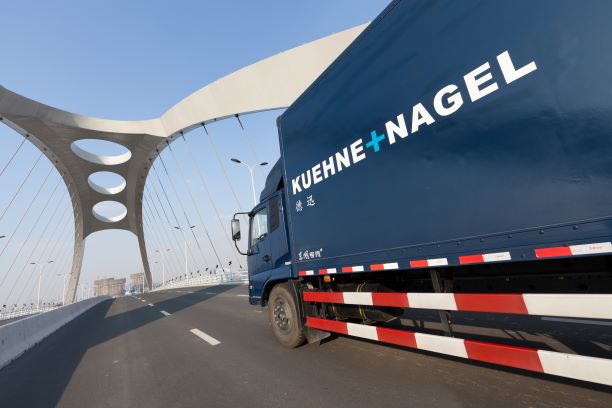 SCHINDELLEGI, Switzerland: The Kuehne + Nagel Group once again saw a considerable improvement to its results in the 2019 business year. Net turnover increased by 1.5% to CHF 21.1 billion and gross profit also increased by 3.5% to CHF 8.0 billion against the previous year. EBIT was up 7.5% at CHF 1.1 billion, exceeding the billion-CHF mark for the first time. Earnings for the year were up 3.6% at CHF 800 million.

Dr. Detlef Trefzger, CEO of Kuehne + Nagel International AG, comments: “In a changing market, we continued to see our strategy yield success. In seafreight and overland, our focus on customer service, cost-effectiveness, operational systems, and digitalisation has once again paid off. We managed to keep results stable in the more volatile airfreight business. In contract logistics, the restructuring of the product, customer and real estate portfolios led to a considerable improvement in results.”

Kuehne + Nagel further grew its position as market leader in seafreight in the 2019 business year. Net turnover was up 4.6% at CHF 7.5 billion and gross profit was up by 3.8% at CHF 1.5 billion. Thanks to the focused growth strategy and high-quality service, the business unit again achieved growth in a stagnating market. A total of 4.9 million standard containers (TEU) were shipped, 171,000 TEU more than last year (up 3.6%).

EBIT increased by 9.1% to CHF 456 million against the previous year. The business unit restored the conversion rate (EBIT to gross profit ratio) to 29.6%, one of the top results in the sector.

In the 2019 business year, the drastic drop in demand for airfreight, particularly in key European industries and the perishables business, drove a decline in net turnover to CHF 4.7 billion. Airfreight volume at Kuehne + Nagel fell 5.7% against the previous year to 1.6 million tonnes.

Kuehne + Nagel’s airfreight proved resilient in this challenging business environment thanks to the consistent expansion of the service portfolio, the focus on digital solutions, optimisation of the cost structure, and the successful integration of Quick International Courier. Gross profit was up 9.6% at CHF 1.3 billion whereas EBIT was down against the previous year at CHF 329 million.

In the 2019 business year, net turnover for overland grew 1.7% against the previous year at CHF 3.6 billion and gross profit increased by 3.0% to CHF 1.1 billion. Kuehne + Nagel gained market share in a weakening market environment.

The business unit added to the European network with the acquisition of Joebstl in Austria as well as Rotra, a leading road transport provider in the Belgium and the Netherlands. Business with large-scale customers continued to drive growth in North America, whilst the intermodal business weakened because of a falling oil price. The business unit expanded its presence in South East Asia with the launch of a new digital booking platform. EBIT improved by 2.6% to CHF 78 million.

In the 2019 business year, net turnover in contract logistics was up 2.8% versus the previous year at CHF 5.4 billion; the restructuring of the product and customer portfolio delivered results. The real estate portfolio was reviewed and adapted accordingly. Operationally, productivity gains and better service quality led to a sustainable improvement of results.

With the opening of new distribution centres in Belgium, Germany and Luxembourg, the business unit focused on high-value growth in pharma & healthcare as well as e-commerce fulfilment. The combination of restructuring and growth generated an EBIT of CHF 198 million.

In recent years, the Kuehne + Nagel Group has achieved significant success in the Asia Pacific region. Despite the current economic headwinds posed by the Coronavirus, Asia will continue to be a central driver of global economic development. In 2019, the company laid the operational and financial groundwork for further, accelerated expansion of its network in Asia through both organic and inorganic growth.

Supporting the growth strategy in Asia and the increased liquidity this may require, the Board of Directors proposes a dividend per share of CHF 4.00 to the Annual General Meeting on 5 May 2020.

The Kuehne + Nagel Group launched its Net Zero Carbon programme at the New York Climate Week in September 2019. From 2020 onwards, the company will offset all of its own CO2 emissions. It plans to achieve this, in part, by investing in reforestation projects, which are certified to offset CO2 emissions. In addition, all shipments by subcontractors in the Kuehne + Nagel network (airlines, shipping lines, and haulage companies) will be CO2-neutralised by 2030. The Net Zero Carbon programme consists of three areas of action: visibility, reduction and compensation of CO2 emissions.

Dr. Joerg Wolle, Chairman of the Board of Directors of Kuehne + Nagel International AG, says: “For the sixth time in a row, Kuehne + Nagel has considerably improved its results. With the current state of the global economy, that is anything but a given. This year, Kuehne + Nagel celebrates 130 years since it was established. Over this long history and through the efforts of many people, the company turned into a truly global provider of logistics services. Setting aside the unknown scope of the Coronavirus, the Board of Directors is looking ahead with confidence to the 2020 business year and beyond. In the future, we will be focusing particularly on growth in Asia.”