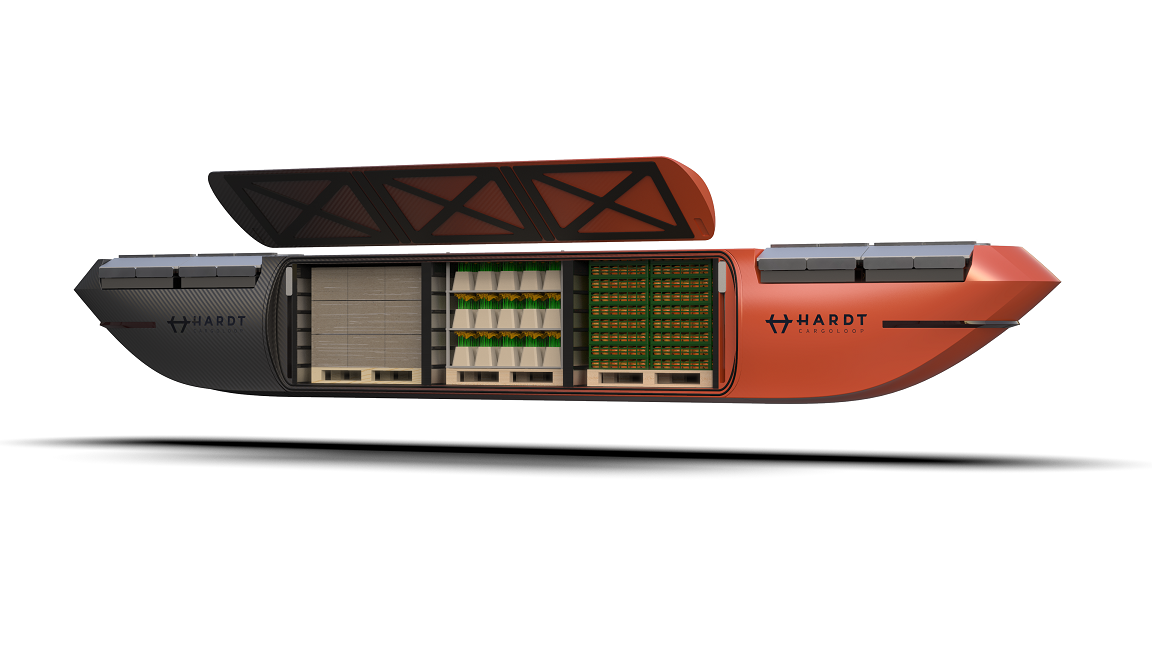 DELFT, Netherlands: Delft-based tech company Hardt Hyperloop is leading the feasability study on its hyperloop technology to see if it can transport flowers, plants and fresh produce between Westland, the greenhouse capital of the Netherlands, and Amsterdam Schiphol Airport.

The cargo loop should provide a sustainable alternative to trucking goods, which also promises to be super-quick. The Hardt Hyperloop, as initially envisaged, can support speeds of between 150-400km/h. which would mean 20-minute trips between Westland and Schiphol Airport, not hindered by any traffic congestion, unless there is a power failure of course. The amount to pay to make use of the cargo loop will be more or less in line with other transport systems.  How much it will eventually cost to make the Hardt Hyperloop idea a reality is still under investigation. Construction costs will highly depend on the chosen diameter of the loop. Preliminary studies find that the Hardt Hyperloop would cost far less than the price of high-speed rail.

Under the current circumstances, the A4, connecting Westland and Schiphol Airport and one of the Netherlands’s major arterial roads, is frequently plagued by massive traffic congestion. It can take a truck one to two hours to bridge the 50km distance separating both locations.

Such travel times create much uncertainty in the supply chain. “The cargo hyperloop will be more predictable. You know exactly when the goods will arrive,” says Rik Roeske of the high-speed transport project still in development. 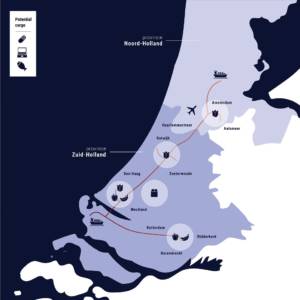 The Hardt Hyperloop between Westland and Schiphol Airport would be the first freight connection by hyperloop in the Netherlands.

Roeske hopes to kick off a the first round of testing in 2025 with the high-speed network in place by 2030. Hardt Hyperloop predominantly  focuses on relatively light-weigth and high-value cargo such as ornamentals and fresh produce grown in Westland. This area is home to around 25 per cent of the Netherlands’ greenhouses.

Roeske strongly believes in the project’s potential and says the consortium of companies is now looking at how to fit the logistics project into the landscape seamlessly. “No one must consider Hyperloop a nuisance. We don’t want anyone to lose their front yard because of its construction,” Roeske says, adding that his company is currently building a three-kilometre testing track for the hyperloop in Groningen. The testing ground, a joint initiative of Tata Steel, Vattenfall, IHC, Schiphol Airport, and construction company BAM will open in 2022.

The Hardt Hyperloop will remind the Industry veterans about the OLS ASH (Logistics Underground Project),  the 1994 idea for a cargo tube system connecting the then VBA auction and Schiphol Airport. Also back then, the Tech University of Delft was involved in the feasibility study.