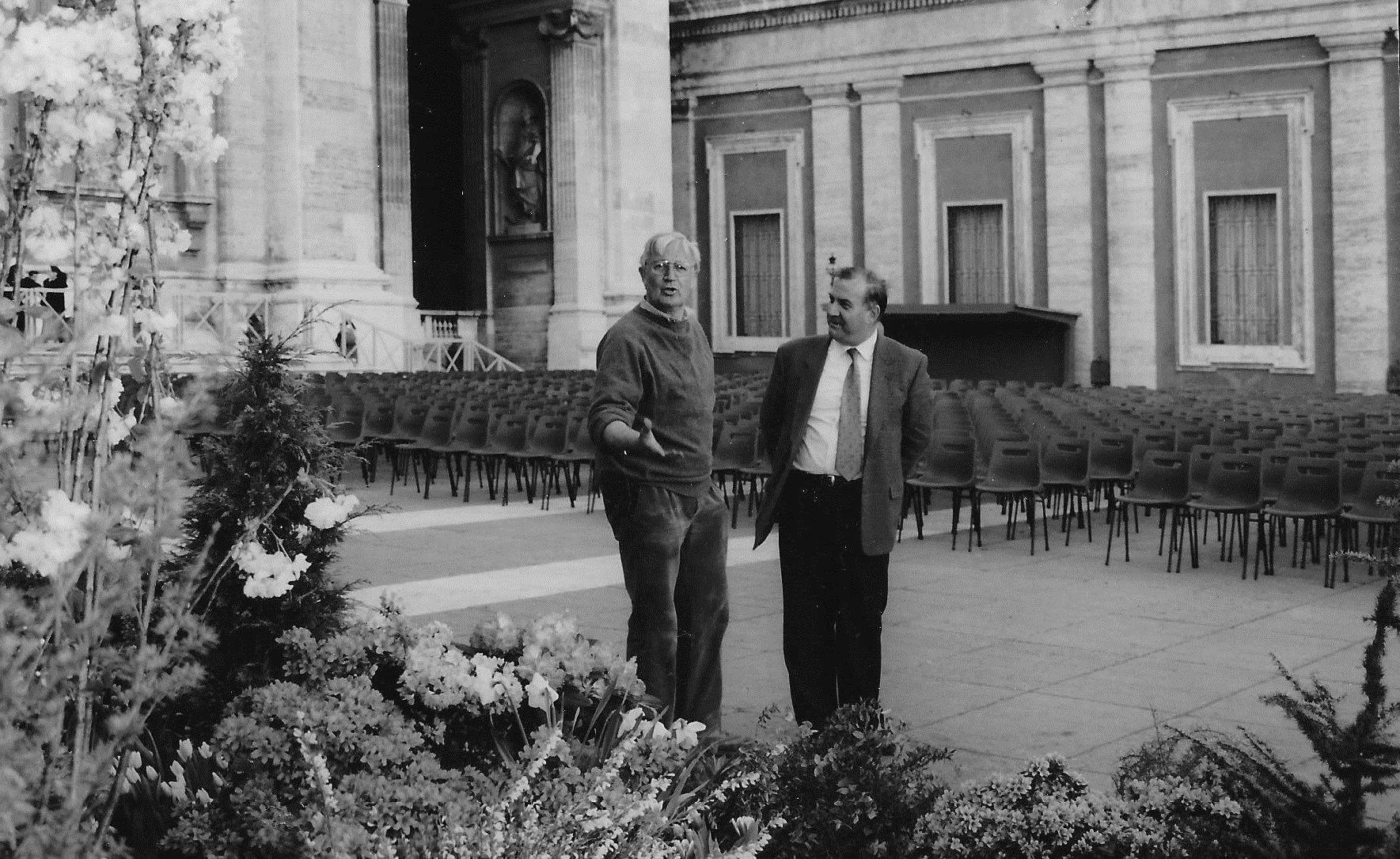 LISSE, the Netherlands:  A truck filled to the brim with fresh cut flowers, potted bulbs, trees and shrubs from Holland,  meant for decorating Saint Peter’s Square during Easter Celebrations, was on its way to Rome in April.  Probably for the last time as the Flower Council of Holland has pulled out of sponsoring the papal flowers.

In decorating Saint Peter’s Square, floral designer Paul Deckers followed in the footsteps of Nic van der Voort. “It was Van der Voort who ‘opened the doors of the Vatican’ in the 1980s,” Deckers recalls, “In 1985 Pope John Paul II embarked on a visit to the Netherlands. On that occasion, the Pope celebrated mass in Utrecht and Nic van der Voort, a florist from the city of Leiden, took care of the floral arrangements. The Pope and his entourage were so delighted with the Dutch flowers that Van der Voort and his colleagues were invited to come over to Rome to provide an appropriate floral backdrop for the beatification of Dutch priest Titus Brandsma that same year. This is how the idea was born to deck out St Peter’s Square with Dutch plants and flowers every Easter.”

Each year, in the historic square, Deckers and his team of 25 florists created a lavish spring garden dominant with papal colours of white and yellow. Floral decorations flank the altar during the traditional Easter Mass as tens of thousands of worshippers watch in the square and on TV screens around the world.

The Council’s decision is heavily criticised by many industry professionals stressing the benefits of the publicity for Dutch flowers the event has brought for so many years. Others were quick but cautious to add that to stop donation to an institute that plagued by abuse scandals can only be considered ‘a wise decision’.

Pictured is Nic van der Voort (left) in Saint Peter’s Square discussing the floral decorations with a Vatican offical in the early 1990s.