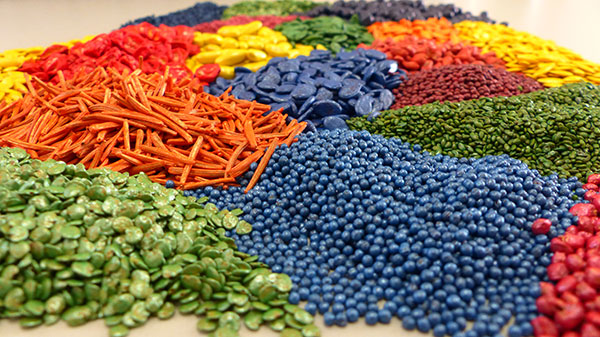 BRUSSELS, Belgium: The EU proposes a wide-ranging ban on microplastics to combat pollution. What is the possible impact on the ornamentals industry?

In 2019, the European ChemicalsAgency (ECHA, an agency of the European Union), proposed “a wide-ranging restriction on the intentional use of microplastics in products placed on the EU market, to avoid or reduce environmental pollution”, which received full support from its Risk Assessment Committee last June. If the ensuing consultation process from other interested parties is successful, the restriction will be forwarded for approval.

OMNIPRESENT IN OUR WORLD

Microplastics are tiny plastic particles (smaller than 5mm) that result from the breakdown of larger pieces of plastic (secondary microplastics) including synthetic textiles; they can also be manufactured and added to certain products (primary microplastics). Since the use of plastic products is so extensive, microplastics have become omnipresent in our world. Currently, the releases of intentionally added microplastics in the EU market are estimated to be around 42,000 tonnes a year (Source: ECHA).

In particular they are reaching the oceans in increasing volumes, creating a major environmental issue that is driving extensive scientific research, education and awareness campaigns and a variety of actions from governments and civil society. There is concern and controversy about their effects on different ecosystems (soils, water bodies, the food chain itself) and human health.

How is this related to the ornamental industry? Among products to which microplastics (generally in the form of polymers and frequently referred to as “bio-based”) can be intentionally added are seed coatings containing insecticides or fungicides; seeds are protected during the germination process and can be turned into pellets, which makes them much easier to handle (important for very small seed, which is frequently the case in ornamental plants) and significantly increases their sowing efficiency.

FCI contacted some key companies to get their opinion on the potential impact that the proposed ECHA restriction could have on the ornamental seed market. We found a high level of awareness on this issue amongst seed companies, and excellent willingness to comply with the proposed restrictions. Plus, and most importantly, a strong proactive approach on the part of companies that provide seed coatings.

ONLY ABOUT 1 PER CENT IS DUE TO AGRICULTURE

“ECHA has clearly laid out the risks of microplastics,” states Dr Marta Dobrowolska, research and development manager at Incotec Holding, a Dutch company specialising in seed enhancement. She adds, “Microplastics do not degrade and, as they cannot be removed from the environment, their concentration will only increase over time.”

She explains that this can lead to toxic effects on marine life (zooplankton) and that the agricultural sector plays only a very minor part in the release of microplastics, as only about 1 per cent is due to agriculture (half of all microplastic is due to road tyre wear, followed by washing synthetic clothes).

Still, the seed industry needs to contribute to reducing microplastic release. “Work on developing alternative binder systems which don’t contain microplastics is needed. Very recently, alternatives have been launched which perform equally well as traditional, microplastic-containing alternatives, and this holds true for both filmcoats and pellets binders.”

In line with this, Incotec has developed a new line of microplastic-free coatings for sunflower, already available to their customers. They are cost-effective, sustainable and compliant with the ECHA regulation.

Jan Tamboer, director of Dutch company Teal Agrotech agrees that in the light of findings pointing at noxious effects associated to the use of (bio-based) polymers in seed coatings, the seed industry is eagerly looking for alternatives, and the future is in microplastic free seed coating products.

Although developing alternatives to microplastics is a complex process, excellent alternatives are now available worldwide, that are safe for the environment and do not compromise quality or functionality. The term ‘biobased’ does not automatically mean that microplastic coatings are safe for the environment, he further explains, as the length of time required for biodegradation is crucial. The ECHA proposal restricts degradation to 48 months maximum, a condition not present in most currently available seed coatings.

NO PROBLEM FOR BALL HORTICULTURAL COMPANY

“Our company is aware of the proposed legislation on micro plastics”, declares Robert Conrad, seed technology research manager at Ball Horticultural Company in the USA, “if the legislation is passed as proposed, it will be no problem for us as we have been microplastic-free in our coating and pelleting for the past 30 years.”

Ball often uses a chain-of-life concept in describing its seed, he adds, comprising four areas of safety in relation to the production of coated and pelleted flower seeds. Materials used in the process must pass the four tests: They have to be safe for employees producing the product, safe for employees packaging the seed, safe for customers sowing the seed and finally safe for the gardener using our products. This includes environment safety. All materials used in coated and pelleted seed are personally sourced by Ball Horticultural and include many substances already used in horticulture such as perlite and vermiculite. No commercial-ready mixed products are used.

“While we understand there is not yet an official definition of micro plastics until the legislation passes,” states Robert, “rest assured that Ball Horticultural Company will remain in compliance with the legislation.”

Harm Custers, from Takii Seed contributes the following statement: “In some ornamentals we apply a seed coating to improve processing, protection or germination, keeping track of the exact composition of the seed coating used. If microplastics are used, we look for possible alternatives; through preliminary comparative trials we have started investigating if these alternatives meet our expectations in terms of performance for the various crops.”

Finally, Mark van der Lugt – Evanthia seeds and plants in the Netherlands, says, “We are aware of developments in this area. We also understand that research is being done by the various companies and new products are being developed. When these products are sufficiently developed and tested, we will switch to these products.” 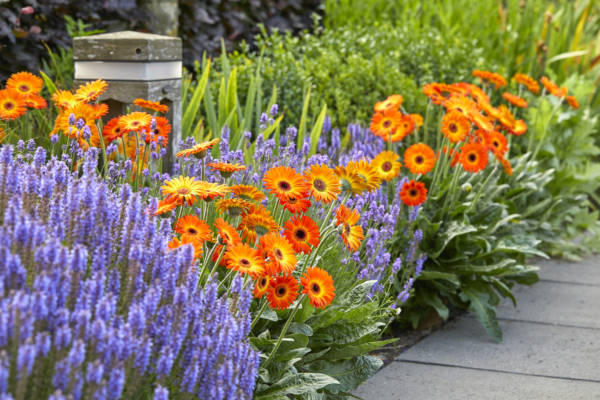 WESTLAND, Netherlands: Dutch based sector body AVAG has further increased its representation of the Netherlands’ glasshouse construction and equipment sector with…

BRUSSELS, Belgium, HAMBURG, Germany: A 30-year protection term under the Community Plant Variety Rights (CPVR) was voted overwhelmingly by the…