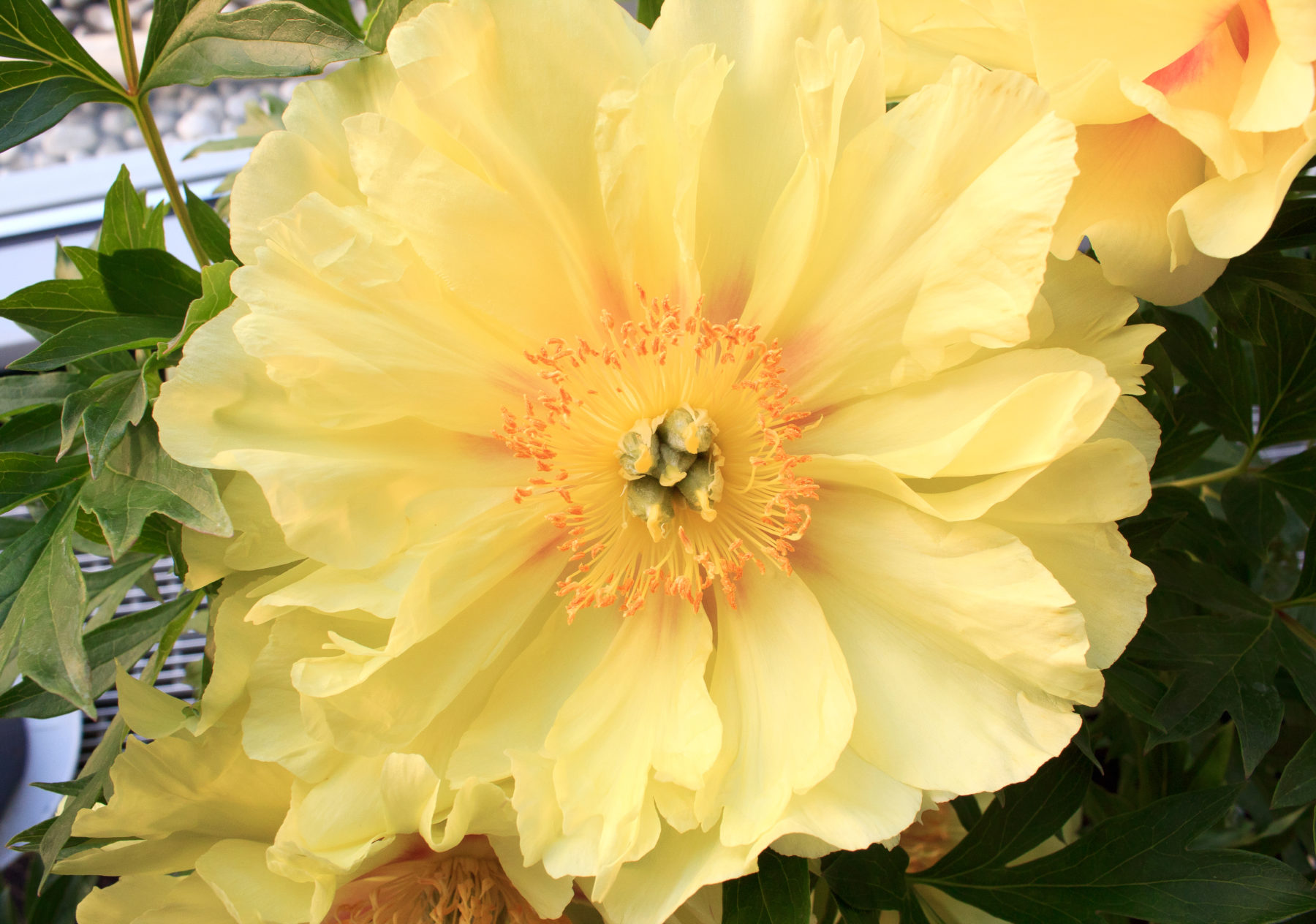 The peony is on the way up in the international cut flower trade. 70 million stems were sold in the Netherlands in 2016, 85 million in 2017.

All this may seem strange for a plant with a naturally short flowering season. Also strange at first sight is the range of countries in which production for export is now being developed most rapidly. These include Canada, Alaska and Scandinavian countries – notably Norway and Finland. There is keen interest also in Poland and Russia.

The peony varieties that are important as commercial cut flowers are all derived from the herbaceous species Paeonia lactiflora. This is found wild in eastern Siberia, Mongolia, northern China and Tibet, so it is clearly very hardy indeed.

The lateness of spring in countries at high latitudes is a positive factor in a global market. International demand can continue to be serviced by them as supplies cease from traditional growing areas.

The Netherlands accounts for about two thirds of the total supply grown in Europe, which is grown on very approximately 750ha. In France there are 80 to 90ha down for cut flowers, and there are smaller areas in England, Italy, Portugal and Spain. Israel has about 40ha, grown to target early spring demand in Europe. (These areas are authoritative estimates, not official statistics)

The scale of production in the USA can be judged by the fact that the Netherlands exports over a million plants each year to this country, where potted plant cultivation is in large containers. Meanwhile, the peony cut flower production is becoming increasingly professional and larger. In the southern hemisphere, New Zealand (now over 75ha) and southern Chile have both seen the development of cultivation for export in recent years.

The Netherlands is the source of most planting stock for almost all these countries. Most of the 1200ha total area devoted to Dutch commercial peony growing is for the production of young plants, with a significant part of the demand from garden plant retailers.

The changing – and expanding – world map of peony production is increasingly reflected in the visitors to the annual CNB Dutch peony weeks. Over 125 varieties were presented this year on the premises of CNB in Lisse. Visitors are welcomed during the first two weeks of June, with the second week coinciding with the annual FlowerTrials.

Ron Hoogeveen, the company’s lead peony specialist, says that during the four years since this event was launched, both the total numbers of visitors and the number of countries from which they come have increased year on year.  In 2017, there were 500 trade visitors during the eight days of the event. Of these, half came from outside the Netherlands, from twenty other countries.

Currently, the cut flower market is dominated by the double-flowered pink variety Sarah Bernhardt, introduced in 1895. The runner-up in CNB’s Top Ten varieties for cut flower production is an even older variety, the double white Duchesse of Nemours.  Coral Sunset, Red Charm and Alex Fleming are the next three.

Ron Hoogeveen expects that new varieties bred specially for cut flower production will make an increasing impact in the market. Of those introduced in the last few years, he suggests that between ten and twenty may  have special promise.

A plus point for the peony is that freshly cut flowers store well. Maximum safe periods in cool (1.0°C) storage are between ten and fifteen weeks. A CNB experimental project on storage is in progress this year. Results will be released in November.

Around 65 growers met inside CNB’s headquarters for their annual meeting on Tuesday, June 12, 2018. Speaking on a wide range of topics, from business to marketing to social media to millennial mindset, was Henk van Dongen, marketing manager at Fresh Retail. Van Dongen, who has held positions at FloraHolland, Flower Council of Holland and Zurel, highlighted how the ornamental horticulture industry is mostly run by men who only think production mechanics and price, whereas women are more focused on product value. “This is a fact which we all must seriously ponder. Take the Dutch orchid business. Asked about the products they grow, far too many Phalaenopsis suppliers only come up with the usual story about  ‘double-spike plants in 12 cm pots which retail at €4.95’. In this case, rational communication becomes emotional ‘castration’ and that’s no good for product promotion.”

Van Dongen encouraged present-day peony growers to tell their stories as part of brand marketing initiatives. Try to evoke emotion and forge connections. Identify your target market. Who is buying your product and why? Asking his audience whether they have ever tried to really know their customers, only three growers of the 65 present raised their hand..

Following Van Dongen’s presentation peony grower Marcel Salman was honoured with two prestigious awards. Members of the specialist jury were unanimous in their decision to award his Paeonia ‘Henry Bockstoce’ with the Dutch Peony Award, which was presented this year for the very first time. Salman also scooped up the award in the peony hybrid category. Growers Jan Dekker, H. van Dongen and Itoh Peony Plus received award certificates for the best lactiflora in show (‘Pietertje Vriend-Wagenaar’), the best itoh peony ( ‘Bartzella’) and the best potted peonies ( ‘Bartzella’, ‘Cora Louise’and ‘First Arrival’), respectively.