Boost for Helleborus Christmas Carol as growers ramp up production 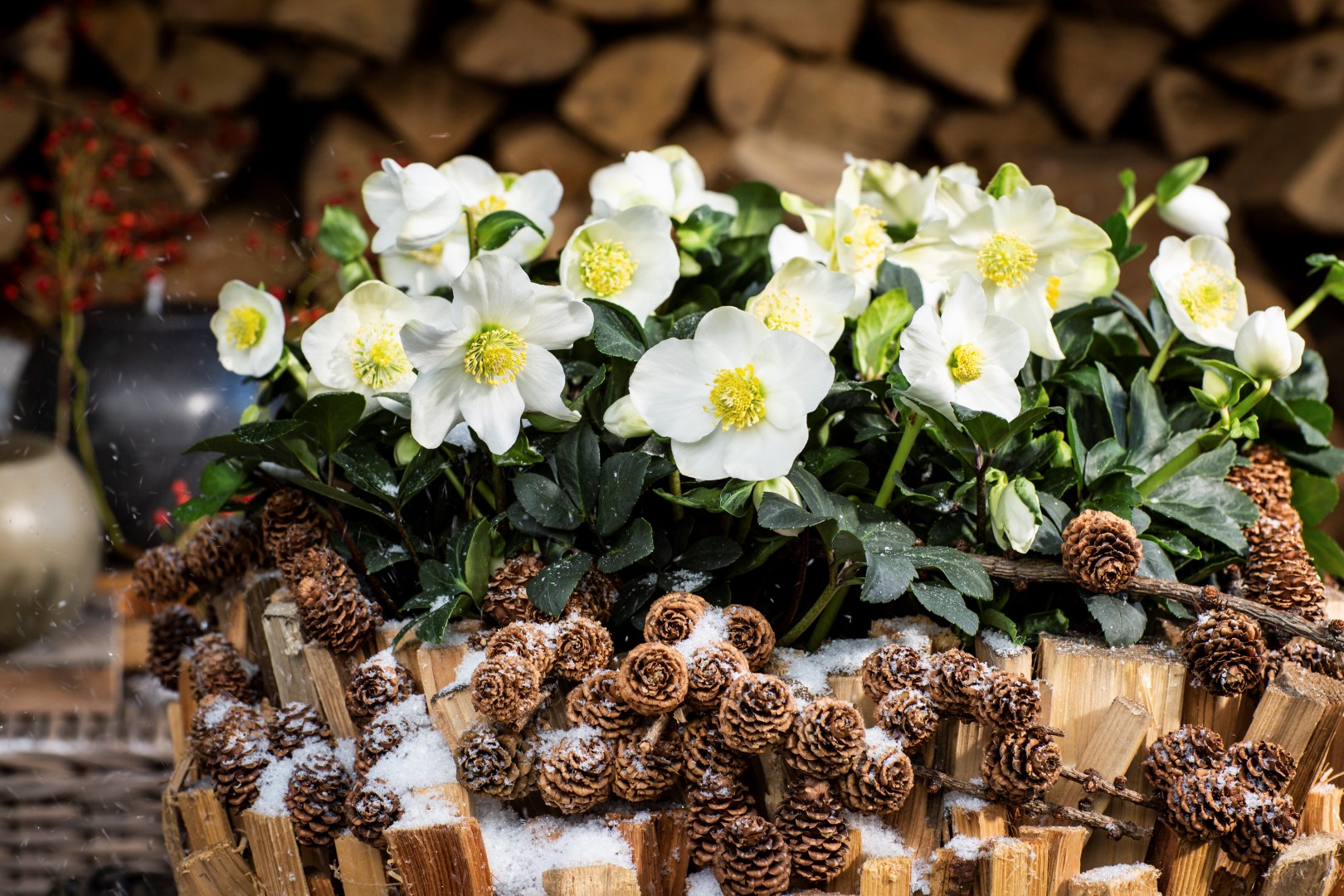 PIJNACKER, Netherlands: Despite its name the Christmas rose is unlikely to flower over the festive period and is more usually seen flowering from late-winter. Not so for early-flowering, seed-propagated hellebore ‘Christmas Carol’ that produces its bright white flowers and dark green leaves in time for the Christmas festivities. This year marks Christmas Carol’s 15th anniversary with Dutch greenhouse growers Freek van der Velden, Montis and Hoogeveen currently ramping up their production.

According to Pijnacker-based greenhouse grower Freek van der Velden (a household name in pot gerbera) Helleborus ‘Christmas Carol’ is definitely one of the best niger spp. in terms of early flowering and consumer appeal though growing them is no job for the faint-hearted. In summer months, when they go dormant they need to be protected against overheating and leaf burn and with botrytis being the mains issue in the flowers the trick is to keep plants well drained and in an area with airflow. What’s more, a hellebore crop is not always easy to steer with can result in varying finishing times. It is definitely possible to keep hellebores frost free in the winter in a cold greenhouse but Van der Velden gives them some extra heat as he mainly targets pre-Christmas sales, emptying his greenhouse by the end of  this month.

During the past few weeks the product has been widely available and will grace many gardens with its special, bright white flowers and dark green leaves. Van der Velden believes ‘Christmas Carol’ makes the perfect container plant for the outdoor garden, patio, balcony or deck.

Helleborus ‘Christmas Carol’ is grown by several European growers. The largest product volumes can be found in the Netherlands with Hoogeveen Plants, Montis and Freek van der Velden nurseries combined producing an estimated 6.5 million finished plants, grown in pot sizes of 9, 10.5, 12, 13, 14, 15, 17 and 19 cm as well as in 6-packs.

At Dutch Helleborus Christmas Carol nurseries quality reigns supreme with growers sorting their products according to size and quality. This results in uniform batches to different segments throughout the season.

Unlike many other Helleborus varieties, Helleborus Christmas Carol is grown from seed; a method that is carefully developed by Syngenta Flowers. The young plants arrive at the nurseries in the spring and are delivered three quarters of a year later, on their way to European consumers.

Helleborus ‘Christmas Carol’ was one of the stars of this year’s Aalsmeer Trade Fair with growers showcasing their plants in their own stands. Naturally ‘Christmas Carol’ was also showcased in Syngenta Flowers’stand. In addition, a lavish Christmas Carol display near the entrance of the trade show allowed visitors to admire the hellebores in their full glory positioning the plant as a highly versatile and attractive.