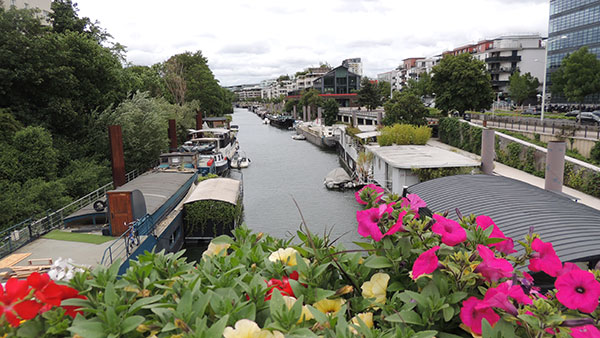 The International Association of Horticultural Producers, AIPH, is the world’s champion for the power of plants. Through their Green City programme, AIPH uses knowledge exchange, advocacy, and networking to increase the quality and quantity of living green in urban spaces; motivating the multifunctional benefits that this delivers to people and the planet.

The AIPH 2021 International Green City conference on 22 April is a chance to inspire people, organisations, city councils and government administrations to join this challenging movement and lead global thinking on the successful integration of nature into the built environment. As part of AIPH’s Green City programme, the conference is offered free-of-charge to registered delegates.

Our environment, wellbeing, social cohesion, and economies are all improved by intelligently designed green space. AIPH’s Green City principles promote the essential role of plants in creating vibrant urban areas in which people and businesses can thrive.

At the AIPH 2021 International Green City Conference, you will hear about innovations and advances in city greening from ‘Champions of Green Cities’; a line-up of expert international speakers who:
• Share best practice and experiences of how they have increased living green in cities.
• Present innovative thinking in how living green shapes city form and function
• Describe case studies of cross-disciplinary benefits from city greening

“Transforming the urban landscape of central Melbourne – from grey to green” is the subject of our keynote speaker, Prof Rob Adams AM, City Architect, City of Melbourne. Prof Adams will describe the many actions taken by Melbourne over the last three decades to transform its downtown, starting from a realisation in 1985 that the City was going backwards financially, socially and environmentally. Like many cities around the world the centre was emptying out in favour of the suburbs, and the car was increasingly dominant. With a breakthrough in 1992, Melbourne has risen from the back of the pack to become, on seven occasions, the World’s most liveable city as determined by the Economist magazine. Many cities have followed what Melbourne pioneered, and it remains a powerfully influential exemplar for the battle against climate change.

Ms Maria Vassilakou, Vienna Solutions draws from her experience as Vice Mayor of Vienna and independent advisor on urban transformations to describe what makes a city liveable.

Mr Peter Massini, Director of Future Nature Consulting Ltd, UK, presents an overview of greening metrics that are used in policy development, discussing some of the challenges and drawbacks and how effective they are in practice.

Ms Jennifer McKelvie, Councillor for the City of Toronto, Canada, gives insights from her experience in inspiring the next generation of climate leaders through the C40 Women for Climate mentorship programme.

Mr Niek Roozen, the founder of Niek Roozen Landscapes bv, Netherlands, introduces the power of plant selection in dominating landscape performance, using Almere as a case study for motivating plant selection linked to function, and the multi-functionality of urban greening.

AIPH Green City Chair, Mr Bill Hardy, Canada, will bring the focus onto the AIPH Green City initiative and how the content of this conference programme integrates with the AIPH vision as the world’s champion for the power of plants.

Launching at the AIPH 2021 International Green City conference will be the AIPH World Green City Awards to celebrate cities that show leadership and innovation in bringing more living green into their city.

Register free-of-charge for the AIPH 2021 International Green City conference to hear from city leaders worldwide and find out how your city can enter the AIPH World Green City Awards. https://aiph.org/event/2021greencityconference