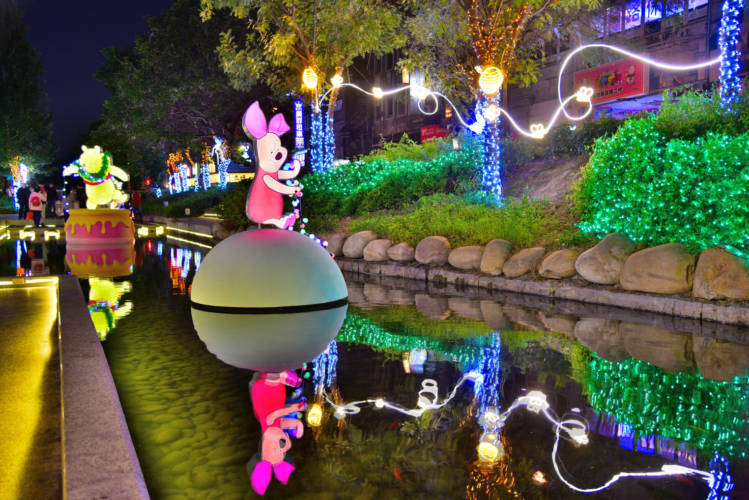 Local residents and businesses have reported great satisfaction with the project. For residents, especially elderly people, the 300-meter landscaped reach provides an attractive destination for a peaceful walk or socialising within attractive scenery, offering plenty of opportunities to sit. Local businesses have reported increased footfall and consumer spending from locals and tourists alike. Local businesses surveyed by the Interior Ministry in 2017, a year after the completions of phase one of the project, reported a 50% increase in revenue compared to the previous year. The Spring Festival, also known as the Chinese New Year, saw a 26% increase in local business performance. The 300-meter landscaped section of the canal now features as the second most regarded attraction in Taichung’s Central District on the online travel platform Trip Advisor.

This success built public support and political confidence to proceed with a second phase of landscaped improvements along the Liuchuan canal and the implementation of a similar approach along one of Taichung’s other waterways, the Luchuan canal, also known as the Green River. Works along the Green River led to the creation of an award-winning 600-metre stretch of accessible soft landscape riverside inaugurated in 2018. The second phase of the Liuchuan canal remediation and improvement project is due for completion by the end of 2020. It stretches for seven kilometres downstream of the Min Quan Liu bridge and includes over two kilometres of landscaped riversides – the most extensive riparian edge restoration conducted so far.  The project incorporates existing mature trees and features significantly less concrete than was used in phase one. A greater emphasis is placed on drawing connections to the local area, with the inclusion of outdoor classrooms in canal sections close to elementary schools and a mosaic display inspired by Lin Chih Chu’s work where the canal runs close to the memorial dedicated to the famous painter.

With this extensive roll out of “green and blue” approaches to river restorations, Taichung City is fast becoming a national leader in water sensitive urban design.