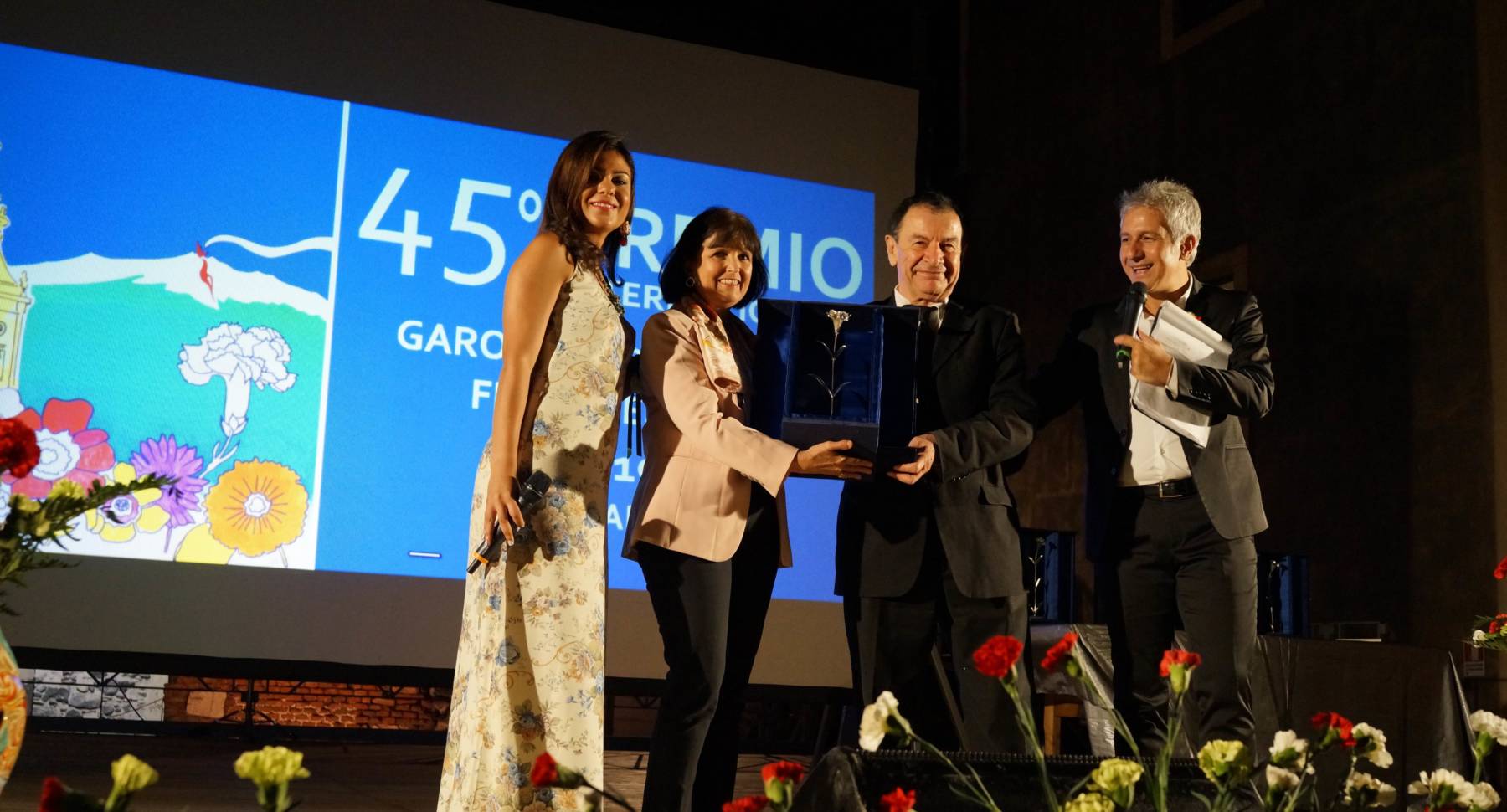 CATANIA, Italy: Horticultural consultant, UNEP consultant, one of the founders of the Colombian eco-label Florverde and contributing writer for FCI, Marta Pizano has won a 2019 Silver Carnation Award .

Pizano was presented with the Silver Carnation Award by the Cultural Association of Flowers of Giarre and Mount Etna during the highly-anticipated annual gala dinner and awards ceremony on Saturday, September 14 at the Palazzo della Cultura in Catania, Sicily.

Now in its 45th year, the Silver Carnation Awards recognise excellence and innovation in the field of business management, floriculture, journalism, medicine, public governance, art, entertainment and charity. Pizano, awarded in the International Journalism Category, was one of ten to receive Silver Carnation Honours.

Pizano is a horticultural consultant with 25 years’ experience in intensive agriculture systems particularly floriculture and horticulture. She has worked with growers and exporters in Latin America, Africa and Asia. The focus of her work is sustainable production through the implementation of best agricultural practices; eco-labels and certification schemes; rational use of pesticides; waste management; alternatives to methyl bromide; pest and disease control; and Integrated Pest Management, leading to conservation of non-renewable natural resources and reduced dependence on chemicals. Pizano is one of the driving forces behind ECOFLOR, an eco-label for Colombian flower growers, which later served as the basis for FLORVERDE® the environmental and social label presently implemented in Colombian floriculture. Since 1998, Pizano works as a consultant for the United Nations Environment Programme’s (UNEP) Montreal Protocol for the Protection of the Ozone Layer, particularly in relation with the phase-out of Methyl Bromide.

In accepting the Silver Carnation Award, Pizano commented, “It is an immense honour to receive this important recognition and share it with such distinguished personalities awarded today and in the past, from the world of floriculture and also other sectors. Sharing this honour with the Holy Father Pope Francis is beyond all expectations. My heartfelt appreciation goes in particular to Arturo Croci and Ron van der Ploeg who nominated me for this award, and to Ms Carmelita Cali, for continuing the highly important work of her father, Dr Carlo Calí, who sadly is no longer amongst us.”

In the last few years, the Garofano d’Argento Awards have expanded beyond the floriculture sector. Today award winners can also be found in the fields of business management, journalism, medicine, public governance, art, entertainment and charity. As such, this year’s prize winners representing the agriculture and horticulture industry, Marta Pizano, floral designer  Michelangelo Finocchiaro, plant growers Monica e Giancarlo Locatelli and citrus and olive growers Giosuè and Vincenzo Arcoria were humbled to receive the honour and be in the company of an illustrious group of 5 other prize winners in different categories. These included writer Rita Levi, actress Lucia Sardo, fashion designer Giuliana Di Franco, folk musician Sergio Bonazinga, director of Rome’s Institute of Applied Sciences (Dirigente di Ricerca presso l’Istituto per le Tecnologie Applicate ai Beni Culturali) Salvatore Piro and last but not least Pope Francis who was awarded a special Prize of Honour, a recognition which will be presented to the Holy Father this October.

The purpose of the horticultural category of the awards is to welcome industry professionals, from home and abroad, to Giarre to meet growers in person and give them a clear picture of the size, professionality and hospitality of the ornamentals sector.

Founder, the late Carlo Calì, and the organising team truly deserve credit for helping Sicilian businesses to grow and promote the beauty of the island of Sicily.