Home > NetherlandsTech > The autonomous greenhouse, the one, every grower is talking about

The autonomous greenhouse, the one, every grower is talking about 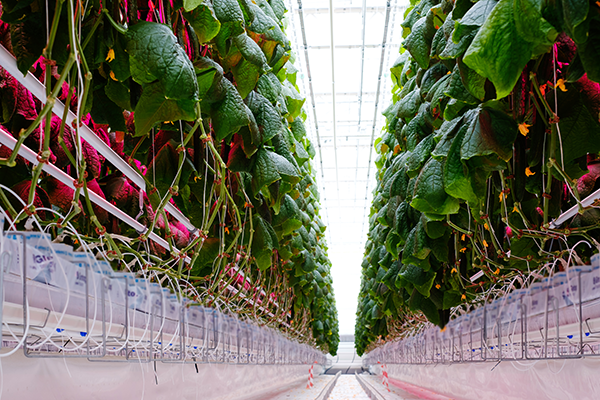 Netherlands: Getting the best from your crop will, in future, become more the computer’s responsibility as autonomous growing looks set to relieve producers of some of the day-to-day decisions about steering the greenhouse climate. (This feature appears in FloraCulture International, July-August 2021)

Addressing a session of GreenTech’s online conference in October 2020, Delphy Digital cultivation engineer Klaas van Egmond said advances in autonomous growing were being driven by the increasing demand for fresh food and flowers. “Over the next five years, the greenhouse sector worldwide is expected to grow by 50 per cent.” How the technology works

Data-driven growing
With more than half of all growers in Europe older than 55, that prediction will be difficult to fulfil with fewer managers and less know-how available in the industry without the help of data-driven growing.

“Currently growers receive all the data from climate computers and energy installations, and historical and weather data, as charts but have to interpret and make decisions on them,” said Ronald Hoek, CEO of Blue Radix which specialises in artificial intelligence for the greenhouse industry. With autonomous growing, they don’t have “to spend a lot of time in the greenhouse, walking around and pushing the buttons of a climate computer, but can think about the changes and innovation they want to add to their crop strategy, to improve it.”

Watching over your shoulder
The conference heard how far Dutch companies such as Blue Radix and Delphy Digital have advanced with their computer models for autonomous growth. Both use historical data and current crop, climate and weather readings alongside a crop strategy, which stipulates what a grower wants to achieve in terms of production. “The strategy is important because it sets the parameters you have to work to,” said Hoek.

The optimal climate is shaped by the collected data and translated by algorithms into setpoints which are recalculated every five minutes. “Algorithms use all of the data to make the best possible decisions on climate and energy usage,” he said. Each company offers the autonomous growing model as a service, which includes continuous monitoring by off-site operators who, said Hoek, ‘watch over your shoulder’.

Dutch-run competition
Delphy’s model is already in operation in tomato and cucumber crops in the Netherlands, England, Austria, Japan, China and the Middle East and the company is working on a version for chrysanthemum production. The Blue Radix model, Crop Controller, has been installed on several production nurseries in the Netherlands, the USA, Mexico, Canada and the Czech Republic.

Both companies have shown what their models can do in the autonomous greenhouse challenge, the Dutch-run competition which invites five teams to grow a greenhouse crop remotely, their results compared with conventional production where the decisions are made by people. “The results were astonishing,” said Van Egmond.

“In 2019/20, all five autonomous teams beat the human growers and showed the potential that data-driven systems have in controlling greenhouses in a smart way.”

Good quality data is paramount
Van Egmond pointed out that the models depend on good quality data which can sometimes be a problem. “Without being present, we still need to know every corner of the greenhouse, how the crop is performing and how the crop environment is. Right now that’s a big part of the grower’s job. How do we tackle that when we’re not on site but still need to have a complete view of the crop and its environment?”

Too few sensors in the greenhouse can be unrepresentative of the whole crop, he said, while relying on manual measurements risks inconsistency.

Main advantages
As well as higher production and reduced costs, Van Egmond said one of the main advantages of data-driven growing was that growers could safely oversee larger areas of protected production. “Someone who can maybe manage 10 or 20ha is, with autonomous growing, able to do so with 100 or 200ha,” he said.

However, Hoek acknowledged it takes trust for growers to relinquish some of their roles. “But [even] very conservative growers we know get very enthusiastic about the system because it shows them a completely new way of operating,” he said.