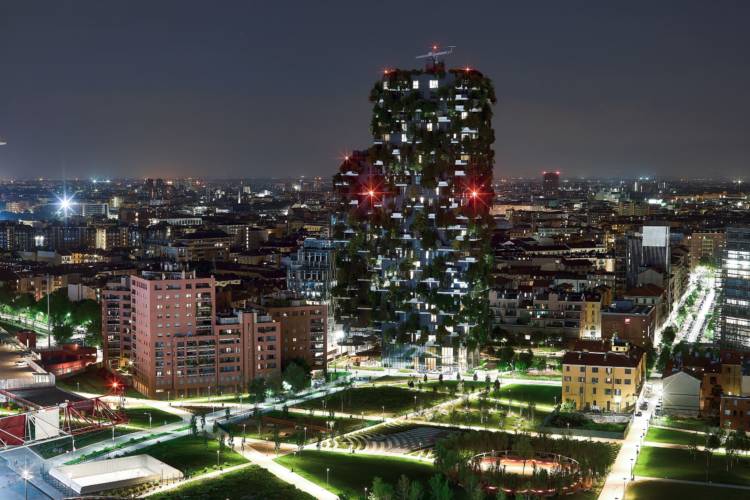 Another criticism Milan’s Vertical Forest project has been met with is the exclusive market it caters to. Average constructions costs were 1,950 Euros per square meter, while initial sale prices averaged 10,000 Euros per square meter in 2016. The service charge then paid by residents was in excess of 65 Euros per square meter. As residents from the neighbouring community have put it, Bosco Verticale is “home of the elite”. For the local community, the project was controversial. Some criticised the use of greenery and environmental credentials as a veneer to render what was going to be a very exclusive development more palatable. Stefano Boeri has argued that the vertical landscape he was creating, while a privately-owned amenity, would deliver benefits to all. Surveys conducted in 2018-2019 seem to demonstrate that Boeri’s intention did indeed materialise, with residents from the Isola neighbourhood voicing an ownership of the towers and a clear appreciation for the landscape they offer – despite the out-of-reach profile of the tower’s residents.

The Dutch housing association Sint Trudo has taken up the challenge to apply the vertical forest concept to social housing in a project located on a former brownfield site in Eindhoven, the fifth-largest city and a municipality of the Netherlands. The 19-storey building scheduled to open in fall 2021 will provide 125 homes, to be rented out at affordable rates to low-income groups in the Dutch city. Each apartment will contain 50 square metres of floor space, as well as a four-square-metre terrace planted with one tree, plus 20 plants and shrubs. In total, the facade will facilitate 125 trees and 5,200 additional plants. The additional construction costs resulting from the inclusion of such extensive vertical planting are compensated by the use of latest generation construction technologies, the rationalisation of certain technical solutions for the façades and more generally, the optimisation of resources related to the project and the construction of the building (extensive use of pre-fabrication).

The ability of the vertical forest concept to evolve and provide suitable solutions to the challenges of social inclusion and climate change provides a further demonstration of its strength. Bosco Verticale and the growing number of subsequent vertical forest projects offer the built environment professionals a welcome opportunity and inspiration to re-evaluate how buildings can integrate natural systems and serve society.