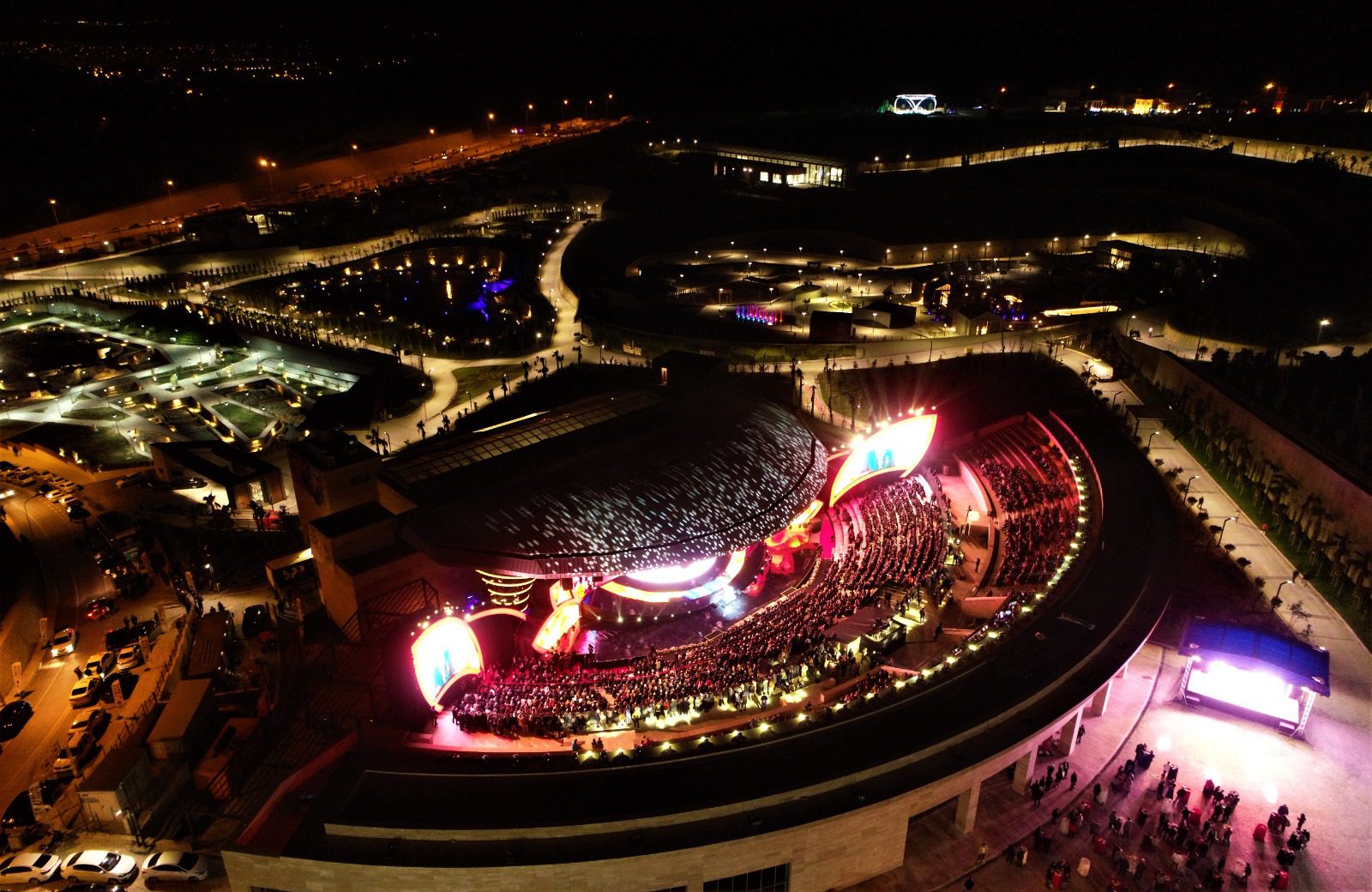 After a postponement due to the global pandemic, Expo 2021 Hatay finally opens in Türkiye with a stunning ceremony to showcase the Garden of Civilisations.

The International Association of Horticultural Producers (AIPH) attended the triumphant opening of Expo 2021 Hatay on Thursday, 31 March, in Antakya, Hatay, Türkiye. This AIPH Category B Approved International Horticultural Exhibition has twice had its opening deferred due to the Coronavirus pandemic.

With a theme of ‘Garden of Civilisations’, the opening ceremony saw the history of Hatay from ancient times, including Habib-i Nejjar, to the epoch of Mustafa Kemal Atatürk, to modern times and the city’s ambition in greening and development today.

Hatay has a deep-rooted history, and its location forms part of the ancient Silk Road, opening Asia and the Middle East to the Mediterranean Sea. It is a state where three monotheistic religions and different denominations live together. This region has also been a key player in supporting those displaced by war in other countries. The performance of the opening ceremony celebrates how cultures and religions live in peace in Hatay, with its diverse population and vibrant legacy at the crossroads of civilisations.

Expo 2021 Hatay has been a great challenge, and it looks set to be a huge success for Hatay, thanks to the hard work and dedication of the Mayor of Hatay, Dr Lütfü Savaş and his team.

AIPH President Bernard Oosterom acknowledges the difficulties saying: “This Expo will take its place in history as the green shoots that burst through from the hard, dusty ground of the pandemic. I would encourage all the citizens of Hatay and people from across Türkiye and the world to come to Hatay and experience the joys and the wonder of this Expo.”

Hatay Mayor Dr Savaş says, “Hatay is a rare city where many civilisations have lived and continue to live, and we would like to share with everyone all the beauties that this unique and fertile soil produces and our rich culture.”

In expectation of the success of Expo 2021 Hatay, the Mayor, Dr Savaş, has initiated a Carbon Neutral City application to the EU.

Expo 2021 Hatay will be an important global showcase for Türkiye’s ornamental horticulture. Many thousands of colourful bedding plants in the Expo borders come from local nurseries. In the gardens, there are displays of native medicinal and aromatic plants. Thirteen metropolitan cities of Türkiye have created exciting gardens and pavilions showing plants from their regions and sharing their culture. These are complemented by gardens from international participants, including Germany, Madagascar, Kyrgyzstan, and Nepal. There are also horticultural greenhouses where local and national producers will be able to show products. Throughout the three-month event, live commercial contact days will occur with botanic and horticulture producers creating new market opportunities.

More than 7,000 volunteers are working to make Expo 2021 Hatay a success with daily events educating visitors on the area’s history, culture, and arts. Because many civilisations lived in Hatay, this diversity affects its cuisine, prompting UNESCO to recognise it as a City of Gastronomy. So, there will be plenty of action for Hatay’s guests’ eyes, hearts, minds, and stomachs during the Expo.

The Expo Site covers 30 hectares in Hatay. It expects to attract two million visitors to its two sites: one in the Kisecik area of Antakya and the other in the Nardüzü area of Karaağaç district of İskenderun. Hatay Municipality has organised free transportation between both areas. It has also granted free entry for the first month, during Ramadan.

More than 13 civilisations have settled in Hatay, from the Hittites to the Ottomans to modern-day Turks. During the construction of the Expo sites, there was much evidence uncovered of these early settlers, including an important 4th-century Byzantine chapel discovered when they began making a road tunnel. This important artefact was carefully excavated, and other important archaeological relics are now protected on the Expo Site.

The Expo 2021 Hatay Sites will be converted into educational botanical parks dedicated to plant therapy, health, and rehabilitation, emphasising nature and culture-based sustainability solutions for city growth when the Expo closes on 30 June.

Watch the opening ceremony and re-live the moments from the video below. Click here for a printout of the speeches translated into English.