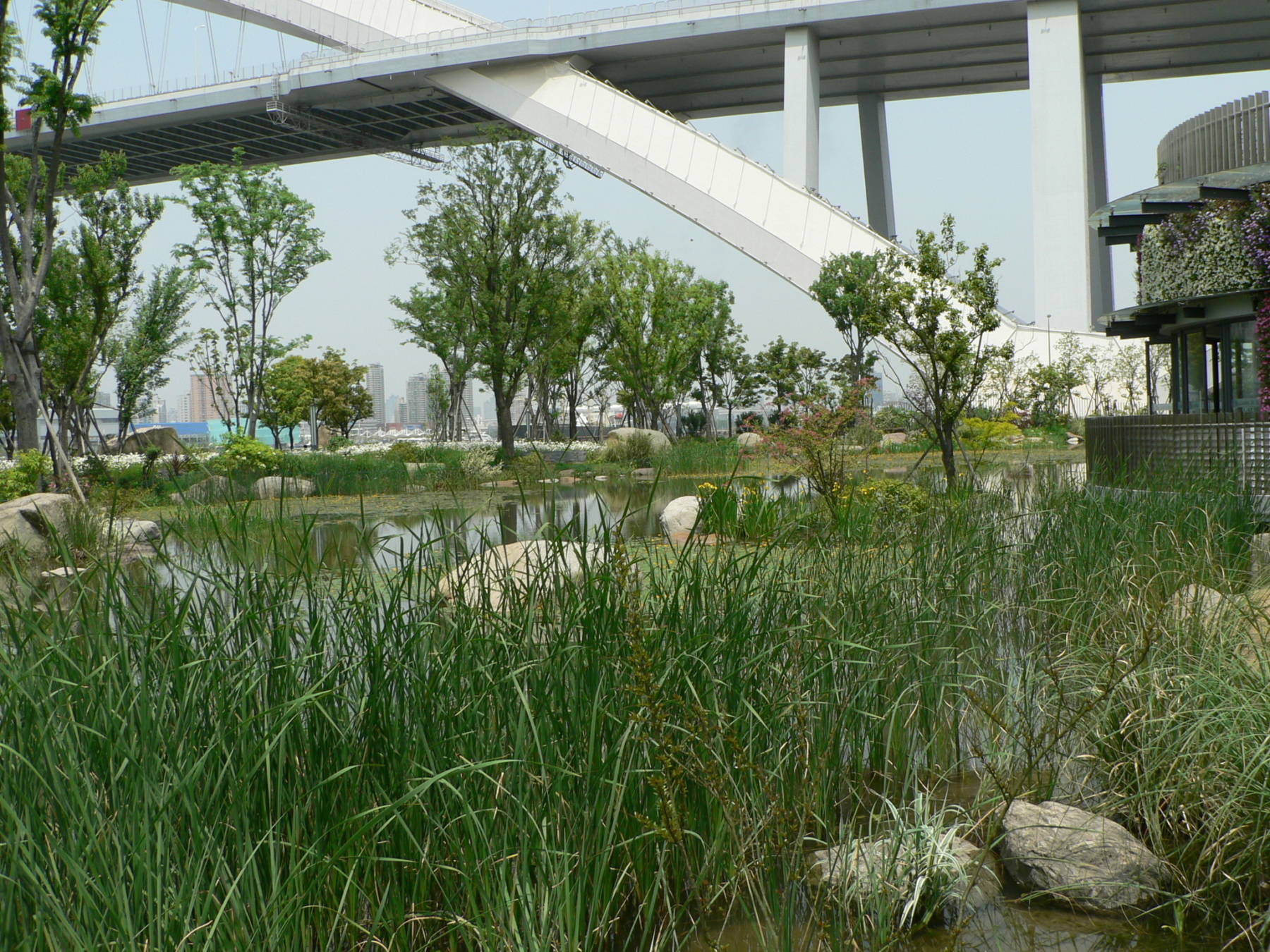 Studies in Chicago show that increasing tree cover in the city by 10% may reduce the total energy used for heating and cooling by 5-10%. Trees and vertical green prevent sunlight from reaching the surface and converting into heat. They also create more humidity, which in turn reduces the strength of the sun’s rays and further lowers temperatures.

Surface temperature can be lowered just by reducing the area of paved surfaces, which in return reduces the amount of latent heat in the city. For every 10% increase in green surface area, the temperature drops by 1 C.

Use trees to decrease wind velocities

Trees and plants are physical obstacles and affect wind speed and turbulence. This in turn influences how effective trees are in removing air pollutants. Wide tree plantings such as forests drive wind upwards and act as a solid barrier. Wind speeds beyond the forest return to normal after a short distance. The wind speed behind a row of trees returns to normal at a distance of 10 times the height of the trees.

Where possible, plant rows of trees perpendicular to the direction of polluted air and allow a sideways flow of air along the trees for ventilation near a source of pollution.

Create large areas of green outside the city as a buffer

A forest planted outside the city can help reduce the urban heat island effect.

Spread city parks and green areas throughout the city

City parks are themselves cooler, but can also cool the surroundings both day and night. The influence of two smaller parks spread out in a city have more effect in cooling the surroundings than one larger park. The cooling effect can be significantly measured up to 300m from the park (and felt up to 2km away). Evaporation at night from trees and shrubs transports cool water from the ground to the air which reduces the air temperature. There is a strong relationship between the reduction of temperatures and the density of planting.

Prevent city-wide hot spots by spreading parks and green around the city and increasing the overall tree canopy area. 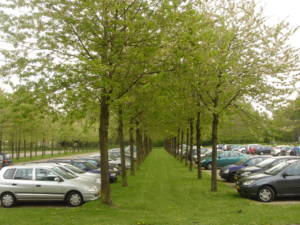 Trees can be used to control the direction of pollution in the air. They can safely channel polluted air away from residential areas.

Benefits of parks on microclimate

Factors that play a role in the Heat Island Effect 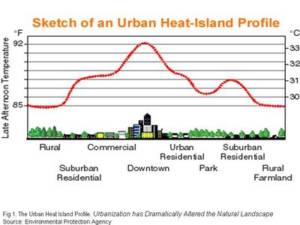 Create pocket parks distributed throughout the city to reduce temperature extremes, limit the area of impervious surfaces, and provide shade where it is needed.

Determine where the hot spots in the city are and replace impervious surfaces wherever possible with green (parks, green connections, trees, green roofs, etc.) to reduce the urban heat island effect in the city.