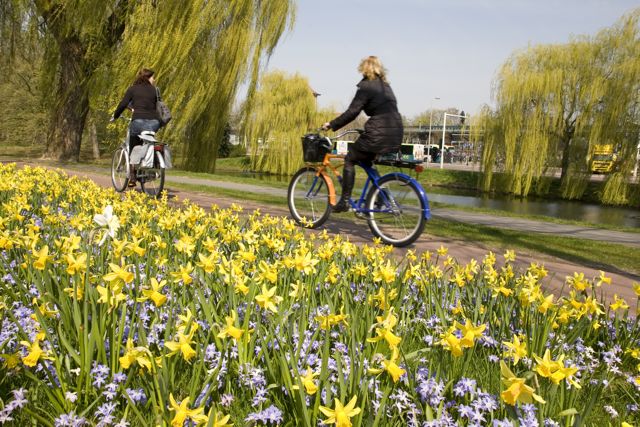 Encourage a daily routine of short trips by foot or bicycle instead of by car. Routes to work, school, public transportation, shops, and parks should be safe, comfortable, attractive, and green. It is also important to provide bicycle parking facilities at popular destinations

Children do more outside in neighbourhoods with safer infrastructure

Children should be able to walk or bicycle safely through the neighbourhood to schools, parks, sports, and recreational facilities. Slowing cars (with speed bumps or traffic calming at specific points) or creating car-free areas in neighbourhoods and near schools contribute to safer streets. Create street profiles where pedestrians and bicycles are separated from motorised vehicles and have priority over cars at crossings.

Connect public green spaces and parks to create one large urban recreation and/or ecological network within the city, including connections to green and nature on the city perimeter. Ecological corridors that connect green spaces throughout the city increase the capacity of the city to support a diverse urban ecological system. Use existing nature / water / topographical characteristics of the area as starting points to guide the planning and location of the network.

Ensure accessibility within the green network

Ensure accessibility within the green network

Where unavoidable infrastructure blocks access within a network, alternatives should be designed such as bridges, tunnels and ecobridges to maintain safe connectivity for people and nature. By creating a green network at the planning stage of a project, many of these conflicts and dangerous intersections can be solved. Semi-public and public buildings can also be used as part of the continuous green network. Green through the building (atriums, galleries) and over the buildings (green roofs) can be made accessible, both physically and visually

Provide bicycle and pedestrian paths all over the city to bring people from home to the city’s parks, recreational spaces, schools and work. 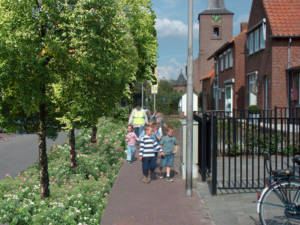 Benefits of a green network

In new and existing developments

Set up a green structure plan connecting all neighborhoods to the urban forests / parks from the beginning of a project together with infrastructure so everyone has safe access to green.

Make neighbourhoods safer for bicycles and pedestrians by replacing street crossings with roundabouts or traffic lights along routes to schools, sports and play areas.