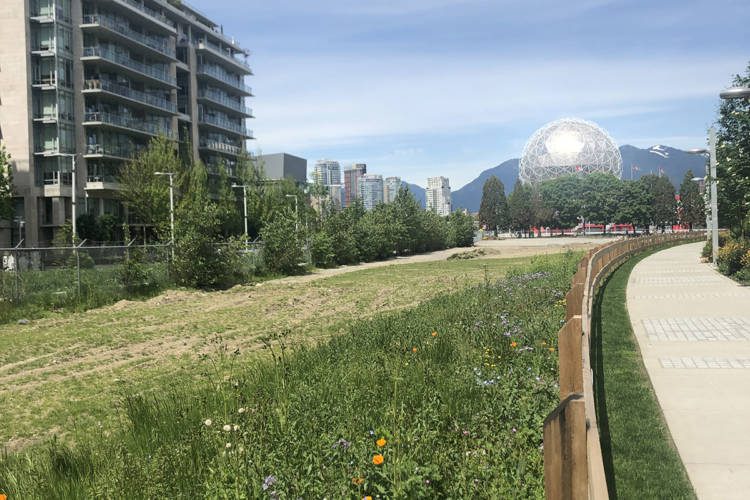 As mentioned under “Vision”, this program was designed to address a variety of social and environmental challenges. Notably, insects and insectivores are both in global decline. Many of these species provide benefits or “ecosystem services” to people, such as pollination, which is essential for food production, as well as cultural, aesthetic and health benefits, such as the stress attenuation that comes from spending time in nature. Beyond this, there is also the climate emergency: we recognize an urgent need for both mitigative actions, such as carbon sequestration, and adaptive actions, such as fostering more drought tolerant landscapes. The meadow pilot project was designed to address this wide scope of social and ecological challenges.

Climate change and mass extinction need no introduction. Every day we are exposed to shocking statistics about the rate of global species loss, sea level rise, and other symptoms of a broken relationship with nature.

In British Columbia (BC), we know these impacts intimately. The year 2021 is now famous in BC for its record-breaking heat dome and atmospheric river events, which sparked deadly fires, heat waves and floods that killed hundreds of people and thousands of animals. Winters in the “Rain City” are characterized by relentless rain, but our summers average drier than most other Canadian cities and are often punctuated by moderate to severe drought.

We are becoming a city of extremes. In response, our city government is forced to find creative solutions that help people and ecosystems weather the storm. Innovative programs like the meadows pilot can help make our built and natural assets more resilient.

Additionally, though Vancouver is surrounded by picturesque mountains and shoreline, it is a highly urbanized and dense city with unequal access to nature within its boundaries. Early planners sought to create a spatially even network of parks in the city, but access to healthy natural areas within these parks is a recent consideration. Many neighbourhoods have limited access to nature, with small, conventionally managed parks “working hard” to service very dense neighbourhoods. Adding or expanding parks is a challenge but converting turf into meadows within existing parks can help to add new opportunities to access nature in relatively nature-deprived neighbourhoods.