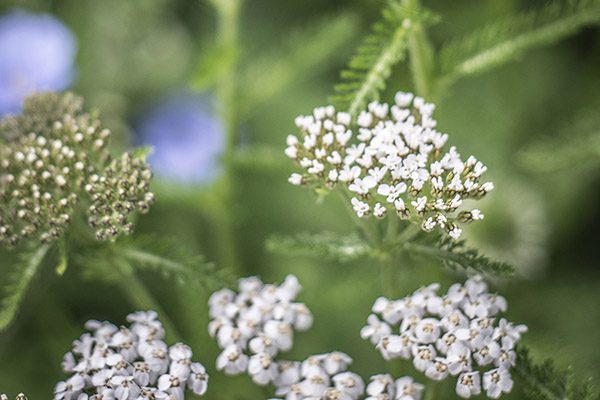 Recent research on meadows shows that long grasses allow for resilient and reliable carbon storage, especially during periods of drought, since most of the carbon is stored underground. With the proper mowing equipment, the shift from mowing these sites every 2 weeks during the growing season to once or twice annually reduces carbon emissions during maintenance. Native grasses and pollinating flowers like clover require 50% less water compared to turf grass.  This means that meadows with a diverse range of native and pollinating species stay green longer than turf during periods of drought making them more fire resistant and more resilient carbon sinks. In other words, this program reduces the carbon footprint of Park Operations by design, as it reduces maintenance needs, and it also sequesters more carbon than the status quo.

As mentioned above, the plants chosen to require as much as 50% less water compared to turf grass, reducing the need for irrigation. Plant species were selected based on their water needs, site conditions (e.g., wet/dry, sun/shade), spreading patterns, and bloom time.  We selected a mix of BC native and broadly native (North American) species to see which species would compete best with the turf and was suitable for this changing climate and an urban context.  We also included a mix of annuals and perennials to have early and late succession plants included to support a sustainable system.  Invasive and aggressive spreading species were not included to support native species biodiversity and protect sport field assets. We referred to the BC Fire Smart BC Landscape Guide to select water smart plants: https://firesmartbc.ca/wp-content/uploads/2021/04/FireSmartBC_LandscapingGuide_Web_v2.pdf

Many meadow projects include chemical treatment or removal of existing turf and soil, but our approach slowing changes the turf landscape by working with and enhancing the grasses. We are custom mixing our seeds from sustainable sources and suppliers and purchasing perennial plugs from local native plant nurseries that do not use pesticides. Additionally, wildflower species typically thrive in low nutrient content soils, which means we do not need to import peat, compost, or other materials. The bare soils below removed lawns are typically enough to sustain a wildflower meadow.