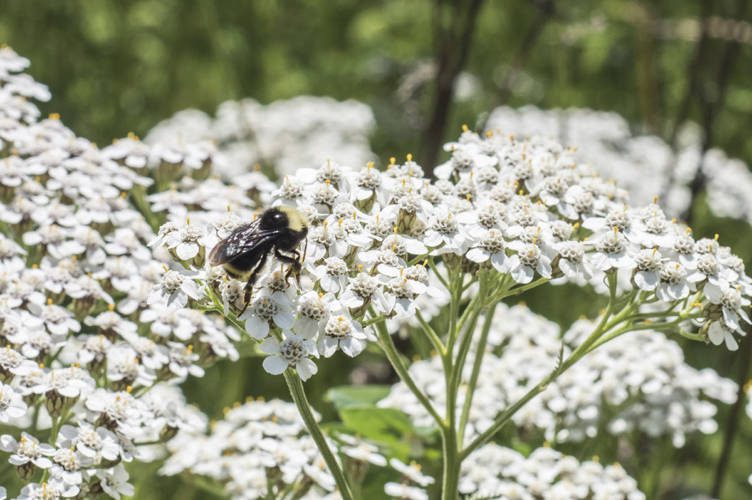 Data from research partners and staff monitoring shows higher abundance of pollinating insects, birds and bats at meadow sites as a direct result of this pilot project.

At UBC, researchers are looking at native pollinating insect abundance and diversity at pilot sites and collecting and identifying pollen from the bees and flies to understand patterns of plant-pollinator interactions within the meadows. Preliminary findings shows that native bumblebee communities at the parks without meadows are typically dominated by just two very common species. At parks with meadows, we see a more even representation of five or six bumblebee species, and uncommon species like the Nevada Bumble Bee which was never detected at a park without a meadow.

Another researcher at UBC is exploring the distribution of bats across Metro Vancouver. We layered her spatial bat observation data in relation to meadow pilot sites, and found a strong correlation between the locations of the bats and meadow pilot sites, as well as other natural areas like golf course rough, open water sources, and forested areas.

Research in 2022 will also explore the soil microbiomes on pollinators vs. control sites.

Park Board staff have shared lessons from this project widely both within and beyond the city. We have especially connected with other City teams working on green stormwater infrastructure and boulevard gardens. We learn from each other, share best management practices, and explore what’s working so that all projects and teams can benefit.

Additionally, the meadows pilot has included an intensive peer-to-peer education component whereby Planning and Maintenance staff have been able to share insights and lessons. This has helped to build knowledge about strategic plans among maintenance crews, and also helped planning staff to better understand the barriers and opportunities from ground teams’ perspectives. This has helped to bridge communication and implementation gaps between maintenance and planning staff and resulted in stronger implementation overall that has benefitted other projects.

There has been a two-way learning process between the Park Board and the publics, too. Stewardship groups and Indigenous land stewards have been doing natural area management for a long time, and we are contributing by building a framework for scaling up more natural and relational management practices at the municipal, system-wide scale.

Vancouver Park Board staff have presented on this project to other local governments such as Metro Vancouver and have also been invited to present on the meadow project to local governments across the province at the BC Species and Ecosystems at Risk Local Government Working Group winter webinar series. We have received positive feedback and interest from other local governments who are interested in learning more about our evolving meadow management practices. Learning from others and sharing what we are doing is an important part of evolving our landscape practices and growing as an institution.