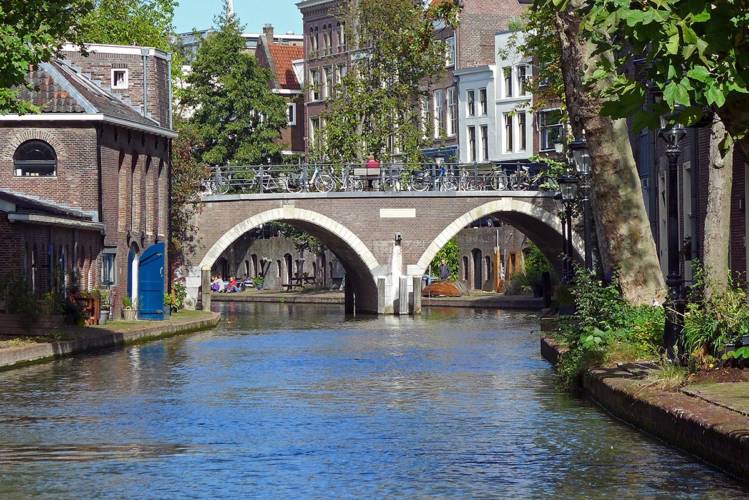 Since the construction of the shopping mall Hoog Catharijne in the 70’s, the pressure on the historic city centre has increased significantly: the number of inhabitants has been growing rapidly for years, more and more people take the train, bike and car and Utrecht Central Station was too small for the number of travellers. The old station area was suffering from overdue maintenance and dilapidation and there was a long-cherished desire to get the water back in the canal. The construction of the new Central Station area has and will address all these issues simultaneously.

The Central Station area has a very poor air-quality (see page 40 https://www.utrecht.nl/bestuur-en-organisatie/publicaties/onderzoek-en-cijfers/onderzoek-over-utrecht/duurzaamheidsverslag/). Reducing car-traffic and stimulating healthy means of transportation will add to the life expectancy of people in this area.

In the 70s, the Canal, which encircled the inner city of Utrecht, has been concreted to make room for a 12-lane motorway, but after years of demolition, construction and digging, that “mistake” has now been corrected. The inner city of Utrecht is, once again, surrounded by water and greenery. This is a historic development for our city. The Utrecht canal together with the bridges, the neighbouring greenery, the monuments and historic remains on both sides of the canal are a monument, which spans nearly 900 years. With the restoration of the last section of the canal, the canal is finally whole again, and another chapter has been added to its history.

The best part of this enormous project is the way in which residents have been involved from the beginning, starting with a referendum on the future of the canal in 2001, when residents massively voted for the return of the entire canal. Now, after 20 years, with heavy involvement from our residents, the canal zone crossing the station area has been transformed from a large polluting motorway into a waterway that functions as a green and healthy pathway from the station into the city centre.