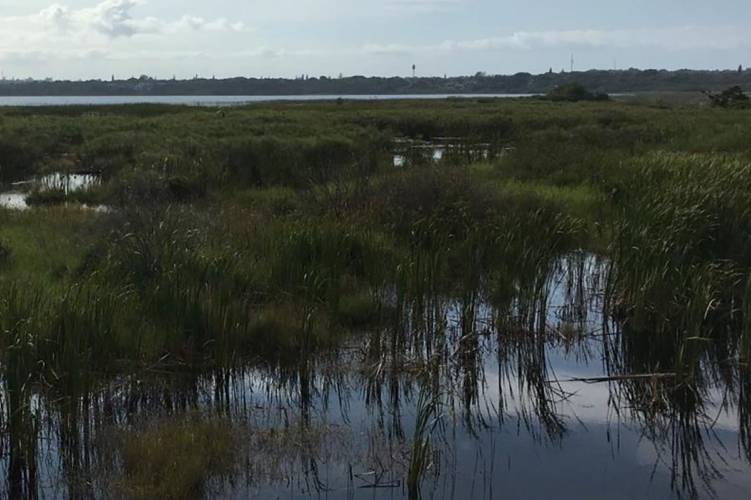 In 2017 uMhlathuze Municipality entered into a Memorandum of Understanding (MoU) with the International Water Stewardship Programme (IWaSP), and the National Business Initiative (NBI) which represents the UWaSP.  The purpose was for the City, GIZ-IWaSP and NBI to formally collaborate on water projects and to provide a formal mechanism for the organizations to do so. The parties to the partnership agreed to identify upstream and downstream interventions that would ensure water availability for residential and industrial use and also securing sustainable livelihoods and environmental integrity of key ecosystems.

One of the interventions related to invasive alien plants along the uMhlathuze catchment. In 2018 the city of uMhlathuze entered into an MoU with the KwaZulu Natal Department of Economic Development, Tourism and Environmental Affairs (EDTEA) for alien plants clearing called the uMhlathuze Alien Plant Clearing Project for the clearing of invasive alien plants in the uMhlathuze.  This has both socio-economic and environmental benefits. Through this project, jobs were created for the disadvantaged communities through the Expanded Public Works Programme (EPWP).  The implementation model involves a labour-intensive strategy aiding achievement of EPWP targets and responding to the mandate of environmental management.

Alien Invasive Plants (AIPs) grow prolifically, threatening indigenous plants. They utilize more resources to grow, in particular water that depletes soil moisture and reduces groundwater recharge, and streamflow.  The eradication of AIPs can lead to significant increases in water available for other uses and offer an alternative for traditional engineering solutions such as the construction of reservoirs and dams.

Invasive aliens include aquatic weeds such as Water Hyacinth, and trees such as Eucalyptus and Wattle.  When introduced into foreign habitats they cause damage. The Alien and Invasive Species Regulations of the National Environmental Management: Biodiversity Act, 10 of 2004 (NEMBA) regulates all invasive organisms in South Africa and categorizes invasive plant species, these categories of AIPs need to be controlled or removed from areas where they may cause harm to the environment or where they are prohibited (UWaSP, 2019). In South Africa there is a total of 383 invasive plant species which are listed in the NEMBA.

The clearing and management of alien plants has both socio-economic and environmental benefits which include restoration of the area’s biodiversity. This improves the conservation of natural resources which also improves the ability of land productivity. Eradication of alien plants was initiated in 2005 through partnership from the Department of Agriculture and Environmental Affairs, together with the city. Between 2005 and 2018, there was about 2000 hectares of land that had been cleared making it imperative to maintain and to keep these areas cleared and free from re-infestation.  This makes projects such as these critical for ensuring that water resources maintain their ecosystem functions, and ultimately benefit their local communities.  Some of the cleared land is being farmed and water courses have been cleared from the threat of high-water consumption aliens, and thus improving the level of water table in the area.