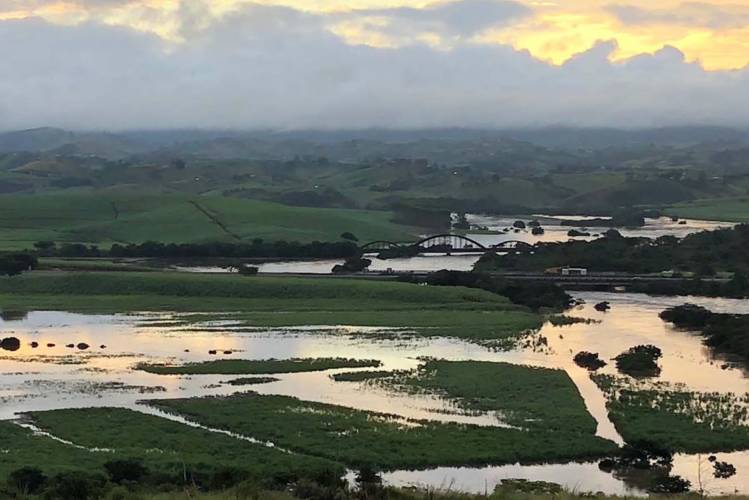 The best way of evidence is the monthly expenditure tracking per defined projects that is structured in such a manner that expenditure per project implementing agent, hectares cleared, days and other relevant management reporting is shown. Attached is the example of November 2021 as well as some explanatory mapping showing some of the specific project’s areas.

In the example attached 52,97 Ha of alien vegetation was cleared in the Alton Industrial area in Richards Bay and referenced as W12J100101507. As per the mapping provided (and attached) it can be seen that the following is mapped and updated; area to be cleared, contracts incomplete, contract completed as well as details in respect of environmental factors (including details of follow-ups), details of herbicide used as well as method of clearing.

The uMhlathuze Water Stewardship Partnership (uWaSP) as a partnership with objectives of implementing measures to support a systematic and long-term approach towards mitigating water risks in the uMhlathuze river catchment, has had a successful ripple effect in as far as promoting water stewardship and sustainable economic growth is concerned. UWaSP has been successful in promoting water stewardship as some of its Partners have developed water stewardship practices and have changed the way in which they conduct their daily activities in order to protect the environment and promote sustainable development.

The Mondi Group:
Mondi is one of the uWaSP Partners.  They are a global packaging and paper producing company that is focused on promoting sustainable development in their operations.  Mondi, together with the Worldwide Fund (WWF), have established the WWF-Mondi Water Stewardship Partnership.  This partnership focuses on the agriculture and forestry sectors. By bringing together key stakeholders who share the same objectives, such as farmers and local government. Mondi’s operations rely mainly on trees and water, and through their sustainability and environmental protection initiative they have committed to reducing their water impact by growing and using tress that use less water, and by protecting water catchment areas and wetlands.  At their Richards Bay mill, they have upgraded the technology on their plant equipment with water efficient technology and have installed flow meters that allow them to create a more accurate water balance (Mondi, 2021).

According to the WFF South Africa, “Water stewardship is about taking care of something you do not own.  It is a long-term journey to improve your water use, reduce water impacts and act with others on the big water issues.”

The WWF recognizes the challenges that occur within a catchment water system that reduce flow and affects water quality, notably the fast spread of alien invasive plants that affect indigenous plants and dry rivers. WFF South Africa, partners in the uWaSP, works with different sectors in agriculture and forestry to support projects of alien invasive species clearing (WWF, 2020).

It is therefore clear that the development of the UWASP, and its initiative of invasive alien plants clearing project has the potential to interest other Cities in water scarce South Africa.