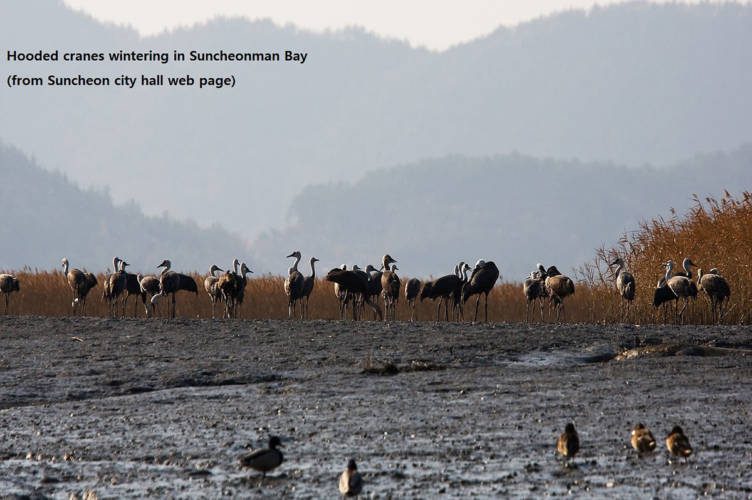 As the nature of Suncheonman Bay Wetland recovers, many visitors are currently using the ecological experience boat with internal combustion engine to tour Suncheonman Bay. However, Suncheon City aims to provide tourists with an eco-friendly experience without fumes and noise in 2023 by building two 20-ton electric propulsion ecological experience boats for the first time in the country in an effort to minimize damage to wetlands and nature.

Carbon absorption in salt wetlands such as reed fields is five times higher than that of general forests. The reed forest, which was 500 km2 in 1997, increased to 5,600 km2 due to the continuous conservation projects.

Turning the riverside into the wetland

Farmers cultivated rice by reclaiming the riverside as farmland, and pesticides were used as needed. It eventually damaged not only wetland creatures but also nearby residents. Suncheon-city has purchased private land along the river and recreated it as a reservoir to use it as a shelter for migratory birds.

Turing the farmland into the wetland

Jeolgang Wetland in Suncheonman Bay was used as agricultural land, but it was recreated as a shelter for migratory birds that matches with the beauty of Jeolgang River.

Turning the sand beach into the wetland.

In Suncheonman Bay, there was a sandy beach where waste soil from the aggregate collecting project was accumulated, and it was left as a garbage disposal site until 2009. Suncheon-city purchased the land from the central government agency and created it as a migratory bird shelter with central government funding

Local residents participate and share benefits through revitalization of the local economy such as high value-added fisheries and ecotourism, as well as expanding the repository of life through mudflats restoration, not just seawater resources distribution.