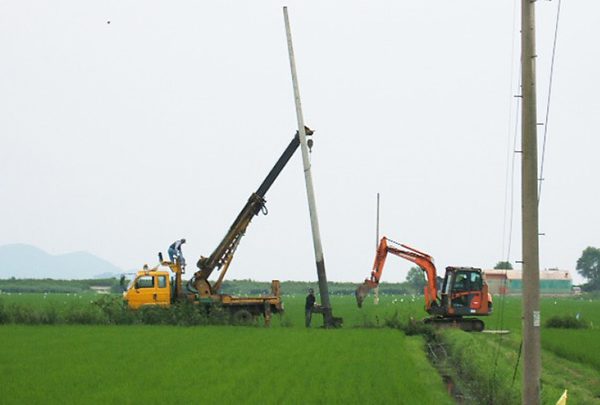 The Suncheonman National Garden, created to prevent the expansion of Suncheon City, attracts more than 5 million tourists every year.  And the number of international rare migratory bird wintering in Suncheonman Bay wetlands increased from 80 (99′) to up to 3,400 (21′).

(Farmland) Create a habitat for hooded cranes led by residents.

The efforts of Suncheon city to preserve wetlands and tidal flats re-examined the value of tidal flats, and in the 2010s, the paradigm of national policy shifted from reclamation to preservation. The five local governments (Suncheon, Sinan, Boseong, Gochang, and Seocheon) adjacent to the tidal flat jointly applied for UNESCO World Heritage registration in January 2018 but were rejected because there were not enough heritage zone and buffer zone. Accordingly, each city and county held a joint briefing session and made efforts to expand the heritage zone and buffer zone through heated discussions. With these efforts, the World Heritage Committee, which consists of 21 member countries, unanimously decided to register the five mudflats as a World Natural Heritage Site in July 2021 in recognition of their outstanding universal value.