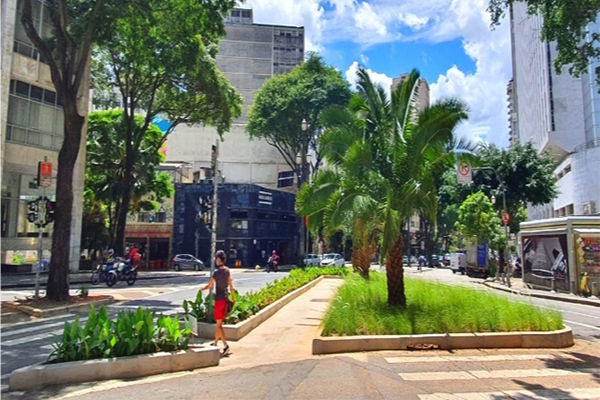 Rain Gardens have the function of increasing urban permeability and minimising the effects of flooding. Through an underground drainage system, the innovative green areas absorb and filter part of the rainwater and avoid accumulation on the surface. The gardens also increase the possibilities for well-being, leisure, and biodiversity.

The interventions have the approval of the residents, who have recently requested the installation of new units in other locations. In some of these cases, the population has planted new seedlings in the gardens, demonstrating its participation and care, actions that are fundamental to the success of the initiative.

From the outset of the implementation of Rain Gardens and conservation woodlands throughout the city, the project had a lot of support from the population, which has contributed to more people-oriented Nature-based Solutions in São Paulo.

The city of Salvador, Brazil, and Milan, Italy, were interested in the project, since it can be applied in any city that suffers from flooding problems.