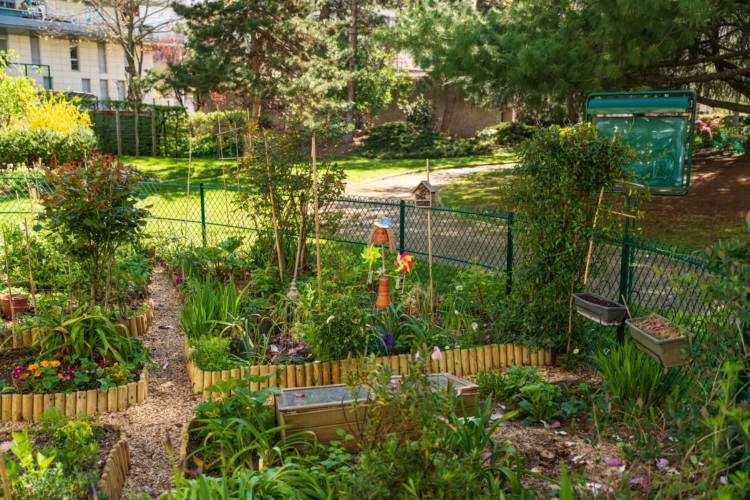 The problems the City’s actions are intended to address are multiple. Concerning the decline of biodiversity in the capital, the 2020 Paris Nature Atlas has recorded 154 species of birds, including the House Sparrow. A scientific study has shown that this emblematic Parisian bird has lost 70% of its population since 2020. The decline of this small sparrow is multifactorial. The renovation of buildings as well as new constructions with smooth facades no longer present the small cavities necessary for nesting. As for the management of Parisian green spaces, while ecological with zero phytosanitary products, it does not yet reserve enough space or time for wild plants as their incomplete life cycle eliminates the insects and seeds essential to the diet of this bird. It is also a question of responding to the desire of our fellow citizens for nature, which is all the more important as Paris is the most densely populated city in Europe (20,641 inhabitants per km2 in 2018, Insee figure) and very mineralized, coming in last place in the 2018 Treepedia ranking with a Green View Index of 8.8% versus more than 20% for Amsterdam or Frankfurt. Urban agriculture, on the other hand, promotes the consumption of local products. Indeed, 70% or so of the volume of food consumed in Paris come from France but the average distance travelled by food consumed in Paris is 660 km.

Several scientific studies show the benefits of nature in the city, whether it is the recovery rate of hospitalized patients or the reduction of absenteeism in the workplace, these rates all improve as soon as the subject enjoys a view of a natural environment as part of his surroundings. Similarly, the development of biodiversity in Paris leads to the extension of spaces favourable for walking as well as other sporting activities which city inhabitants are increasingly lacking. Before becoming Oasis courtyards, primary and junior high school courtyards were essentially paved and waterproof, massively participating in the urban heat island effect. The renovated courtyards offer more natural spaces and are open to the public on weekends, given that Paris lacks cooler spaces for conviviality which are accessible to all. The inclusive and participatory dimension of the Community Gardens and the Green Permit also help to combat the anomie characteristic of large urban centres and is likely to recreate social links between neighbours. Finally, our fellow citizens need to reconnect with nature. In a 2020 survey of Green Permit holders, their motivation for becoming involved was to increase the place of nature in the city at 49,5% followed by the pleasure of gardening at 40.2%.