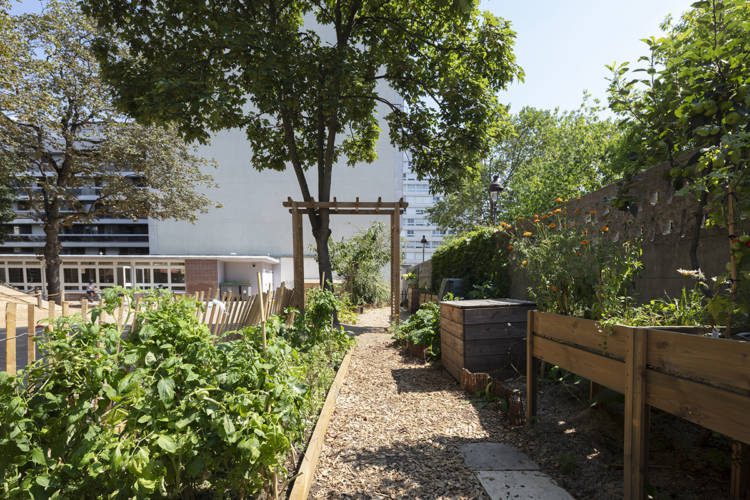 A great repertory of press articles has been written featuring Oasis project, in the national and international scale. The promotion of the project has attracted the attention, and several cities worldwide have manifest to be interested in the Oasis project, due to its originality and its proven benefits. The whole process has been systematized by the partners, through a large image and video record, featuring interviews of the school staff and students, workshops actions, strategies implemented during the renewal process (types of structures, play objects, plants, etc.), playground use by the children and construction work progress. In addition, many written documents are available online in free access in the Oasis project’s website. A maintenance guide, a pedagogical toolkit and a recommendations notebook are some examples of that. Those documents are complemented via hyperlinks to other City’s programs and initiatives, following the holistic goal of the project.

The positive feedback from the transformed schools, as well as the interest of other cities in launching similar projects, shows that the Oasis project offers a real response to the environmental and social issues it raises.

The project is fully in line with a logic of urban resilience. All cities will have to adapt in the coming decades, particularly as a result of the effects of climate change. This holistic and multi-benefit approach guarantees the success of the project.

There have been several repercussions on the City of Paris Departments since the beginning of the project. An example of this is the case of the technical Department, who improved its skills in greening matters, by changing the way in which the schoolyard was apprehended, and by learning how to build a more natural environment for children. Their knowledge of landscape design and green areas implantation has highly increased. The collaboration with the Green Department also improved and promoted a common culture about the importance of natural spaces for all concerning public equipment. These changes were deep ones and are contributing to the integration of ecological transition issues in public construction offices led by the City.

In addition, several other similar projects were launched by the City, as it was the case of Rue aux écoles (streets to schools, consisting on the pedestrianizing and the greening of the streets at the entrance of schools), Oasis nurseries and participatory pedagogical projects in schools.

The Oasis concept has attracted the attention of many local administrations and is being reproduced in many French cities. More than 2002 French cities contacted the City of Paris to have information about the project. Such is the case of Versailles, Lyon, Marseille, Malakoff, Grenoble, Lille, Nantes and Tours, to mention some examples. Local authorities have created their own projects based on Oasis methods and rulings, integrating considerations of the flora species and whether considerations of their own contexts.

The Parisian project has been analysed in conferences about natural playgrounds and free play, as a pioneer experience of French reflexions on greener cities, by addressing transversal issues. Several visits of the finished schoolyards are organised regularly, so than the cities’ delegates can see the results and ask about de project’s process.

Almost every city in the world has schools and will soon be subject to challenges that will affect urban functioning. The Oasis project provides interesting responses for a profound transformation of a main urban facility to its inhabitants, on a local or an urban scale.